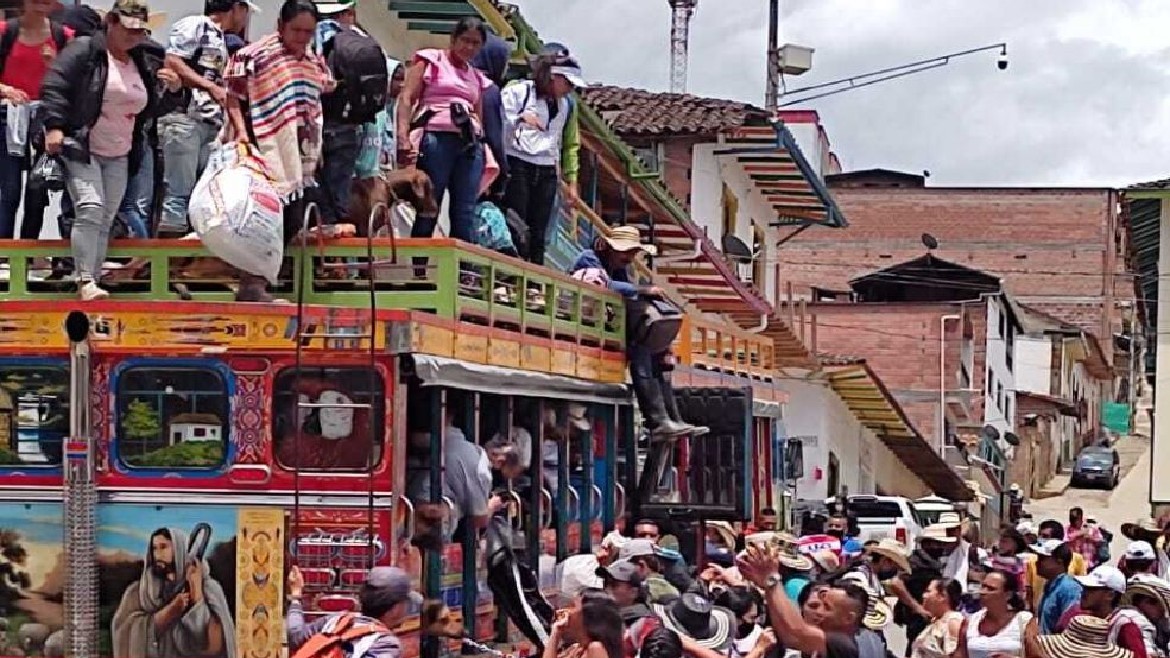 Violence displaces more than 15% of inhabitants of north Colombia town

More than 15% of the inhabitants of a war-torn region in northern Colombia have allegedly been displaced over the past days because of an explosion of violence.

According to the governor of the Antioquia province, Luis Fernando Suarez, more than 3,700 inhabitants have arrived in the urban center of Ituango after fleeing their homes in the rural part of the municipality.

This is more than 10% of the approximately 25,000 inhabitants of the entire municipality, according to statistics agency DANE.

The mass displacement would be the consequence of renewed violence between rearmed guerrillas of the now-defunct rebel group FARC and paramilitaries of paramilitary group AGC.

The rival groups have been vying for control over the municipality considered of major strategic importance for drug trafficking for years.

The former FARC guerrillas rearmed after their 2017 demobilization and disarmament led up to a surge in paramilitary violence that targeted reintegrating FARC members in the municipality.

The regional disaster response agency said Monday that they and the United Nations have packed a helicopter with aid that will be leaving for Ituango as soon as adverse weather conditions allow.

The Antioquia Inspector General warned of impeding food shortages if relief is not able to reach the remote town shortly, according to newspaper El Tiempo.

Interior Minister Daniel Palacios and commanders of the security forces would also visit the neglected region that has been left at the mercy of illegal armed groups on Tuesday.

Defense Minister Diego Molano did not respond to the situation until Tuesday morning as he was at a summit to expose his conspiracy theory claiming that Colombia’s “latest threat” is “low-intensity urban terrorism” that would justify violently cracking down on peaceful anti-government protests.

Visibly frustrated, Medellin council member Luis Bernardo Velez urged authorities in the provincial capital to prepare for the arrival of displaced people in the city.

62% of the population of Medellin voted “no” to the plebiscite on peace in 2016. Today it must prepare to receive the families of Ituango, a municipality that with 68% supported peace and today is once again a victim of forced displacement.

The capital has historically been one of  the most violent municipalities in Colombia during the country’s armed conflict.

Following a peace deal between now-defunct guerrilla group FARC and President Juan Manuel Santos in 2016, the town became a priority region and was promised social investment to overcome the historical violence.

Santos’ successor, President Ivan Duque, has refused to implement much of the peace deal that was agreed upon with the former guerrillas and victims, which has led to a resurgence of of armed conflict in Ituango and other historically violent regions.