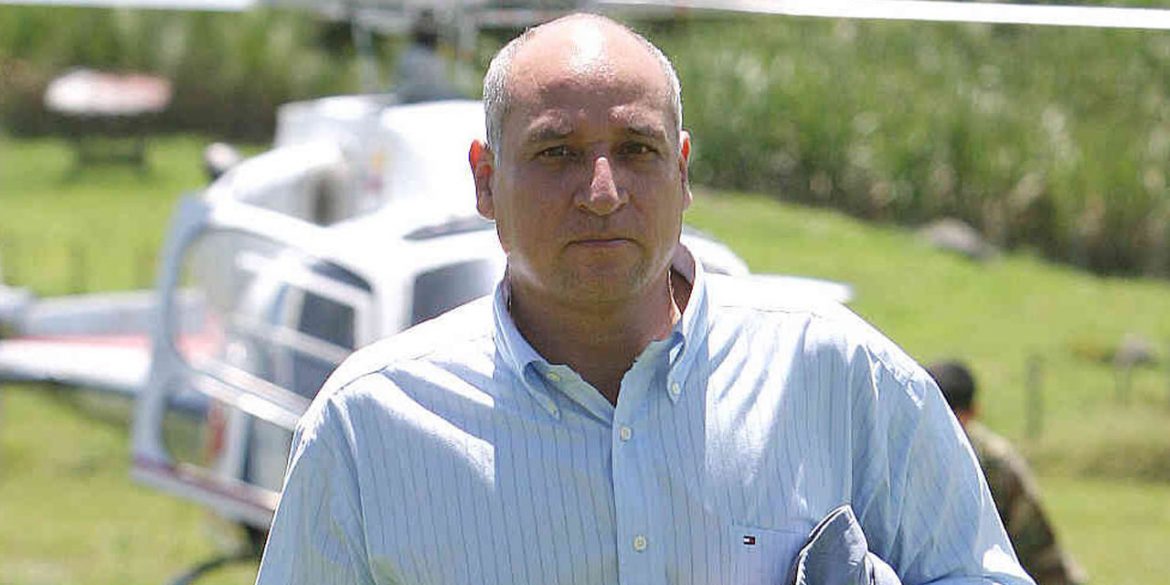 Vicente Castaño, a.k.a. “El Profe,” is the presumably dead founder of now-defunct paramilitary organization AUC, who ordered the foundation of AUC dissident groups AGC and the “Aguilas Negras.”

Castaño was born into a farmer’s family in 1957 in Amalfi, a rural village in the Northeast Antioquia region where “Don Mario,” Miguel Arroyava and “Monoleche” also grew up. All would later become prominent paramilitary commanders and drug traffickers.

After Marxist FARC guerrillas kidnapped and murdered their father in 1981, Castaño’s brothers Fidel and Carlos began forming anti-guerrilla self-defense armies with the permission of their associate, slain drug lord Pablo Escobar, and the support of local ranchers.

From his self-built prison, Escobar betrayed the Castaño brothers and several other cartel members and associates in 1991, spurring Fidel and Carlos to team up with childhood friend Mario and Medellin narco “Don Berna” to form “Los Pepes,” a paramilitary group that ultimately helped kill Escobar in 1993.

While Berna took over the drug lord’s enforcer army, “Oficina de Envigado,” the Castaños inherited a number of cartel drug trafficking routes, fueling their war against the FARC, which also had inherited parts of the slain drug lord’s empire and using the revenue to enhance their military might.

According to “El Profe,” he joined his brother Carlos’ to form the ACCU paramilitary group in 1994 after Fidel was killed in combat with FARC guerrillas.

Fidel united his slain brother’s several paramilitary groups and recruited Salvatore Mancuso and “Rodrigo,” a.k.a. “Doble Cero,” and the group began a bloody counterinsurgency offensive in Antioquia and Cordoba.

In spite of its brutal violence, the Castaños’ war against the FARC was openly supported by the local rural elite, many of whom had been terrorized by the guerrillas for decades or had even been victims of guerrilla kidnappings or assassinations.

While the government banned civilian armed groups in 1997, Carlos and Vicente teamed up with other paramilitary groups from across the country to form the national umbrella organization AUC.

Using fighters from different groups, the Castaño brothers found the Centauros Bloc to combat the FARC in central Colombia and usurp the guerrillas’ illegal businesses in the coca-rich areas of the Meta and Guaviare provinces.

Fellow-Amalfi natives Miguel Arroyave and Don Mario were sent to central Colombia to lead the new group respectively as military commander and “financial chief.” Arroyave was presumably assassinated by dissident paramilitaries in 2004.

Because of the tremendous brutality with which the AUC fought the FARC and overran their criminal operations, the United States declared the AUC a terrorist group in 2002.

The year after, Carlos and other leaders of the AUC began demobilization negotiations with the administration of former President Alvaro Uribe.

However, the talks created tensions within the AUC leadership and — amid suspicions Carlos was secretly negotiating his surrender with the United States — Vicente ordered his long-time friend and private security chief “Monoleche” to assassinate his brother.

Following a peace deal with the government in 2005, “El Profe” demobilized in September 3, 2006 as commander of the Centauros Bloc. The bloc’s financial chief, Mario, demobilized with the Elmer Cardenas Bloc in their home province of Antioquia.

When later in 2006 Uribe ordered the arrest of the AUC leadership, Vicente considered this a betrayal of the 2005 peace deal and he ordered Mario and other loyal mid-level commanders to rearm.

Mario and Vicente then formed the AGC and the Aguilas Negras from their home turf in the northwest of the country. “Cuchillo,” one of the suspects in the killing of Arroyave, founded ERPAC with dissident members of the Centauros Bloc.

“El Profe” was allegedly assassinated by forces loyal to imprisoned paramilitary commanders in March 17, 2007, leaving the further formation of post-AUC groups in the hands of Mario, Cuchillo and others.

Mario suspected Berna to have ordered the death of “El Profe” and started a war against Berna’s group “Los Paisas” and Medellin crime syndicate “Oficina de Envigado,” ultimately defeating the Paisas and securing territory inside Medellin, the stomping ground of Berna and the Oficina.

Nevertheless, according to the authorities, the legendary warlord could still be alive. According to a 2016 ruling of a Bogota court investigating the AUC, there “exists no evidence” indicating “El Profe” is dead.