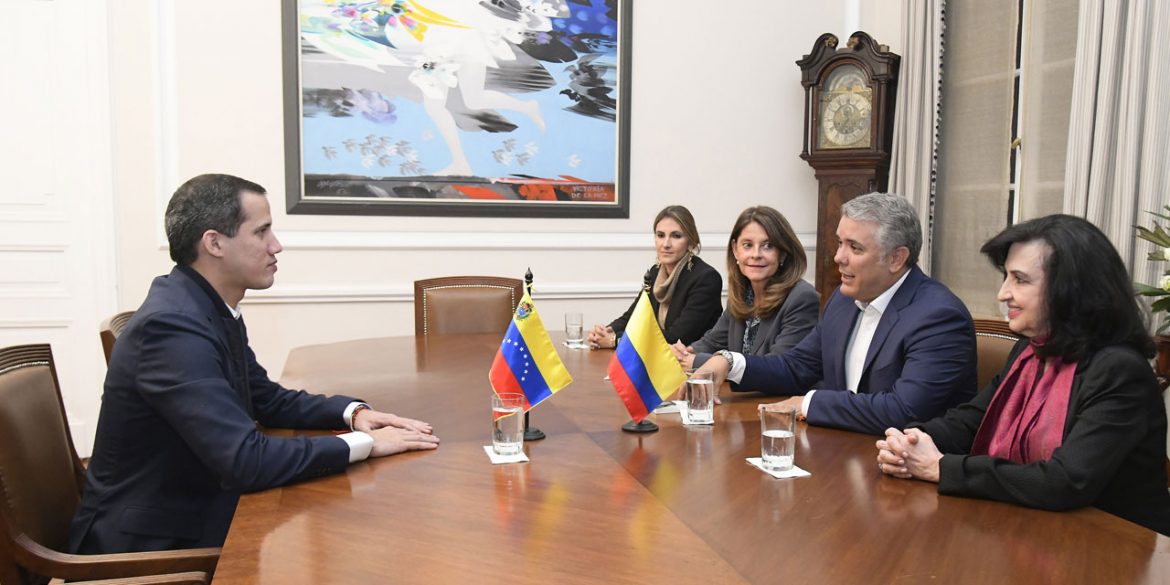 One of Colombia’s leading opposition figures said he would file criminal charges against Venezuelan opposition leader Juan Guaido for claiming he was “financed through Venezuelan corruption money.”

During a surprise visit to Colombia, Guaido additionally called Senator Gustavo Petro an “accomplice” of Venezuela’s authoritarian leader Nicolas Maduro in response to a sarcastic tweet over the Venezuelan opposition’s alleged ties to drug traffickers

According to newspaper El Espectador, the senator will file slander charges over the accusations made “without any evidence.”

Venezuelan authorities are investigating Guaido’s chief of staff who allegedly set up his boss’s trip to Colombia to lead a failed US operation to force American aid trucks across the border.

No neutral ground for Guaido

Petro is being dismissive because he is an accomplice of Maduro’s dictatorship, with clear indications that he has been financed through Venezuelan corruption money.

There exist no indications Petro received funds from Venezuela, but for the country’s opposition leader any complacency with the humanitarian and institutional crisis in his country constitutes complicity.

“There is no such thing as neutrality in times of tragedy,” the Venezuelan opposition leader said.

At the summit, Colombia’s president and US Secretary of State Mike Pompeo tried to validate Guaido’s claim that the Venezuelan government harbors terrorists, most recently the Hezbollah group from Lebanon.

The Colombian president was humiliated after  media found he had presented fabricated evidence that undermined his conspiracy theory.

The ELN has been active in Venezuela since the 1990s and US claims that Hezbollah is present in the country with a large Lebanese minority, are more than a decade old.

The revival of the terrorism claims follows indications that the US would support negotiations between Venezuela’s government and opposition to resolve the political crisis.

Attempts by the administration of President Donald Trump to help Venezuela’s opposition oust Maduro by force failed and have effectively strengthened the authoritarian leader’s position.

Meanwhile, the humanitarian crisis persists, and both Venezuela’s government and opposition are accused of having ties to illegal armed groups.