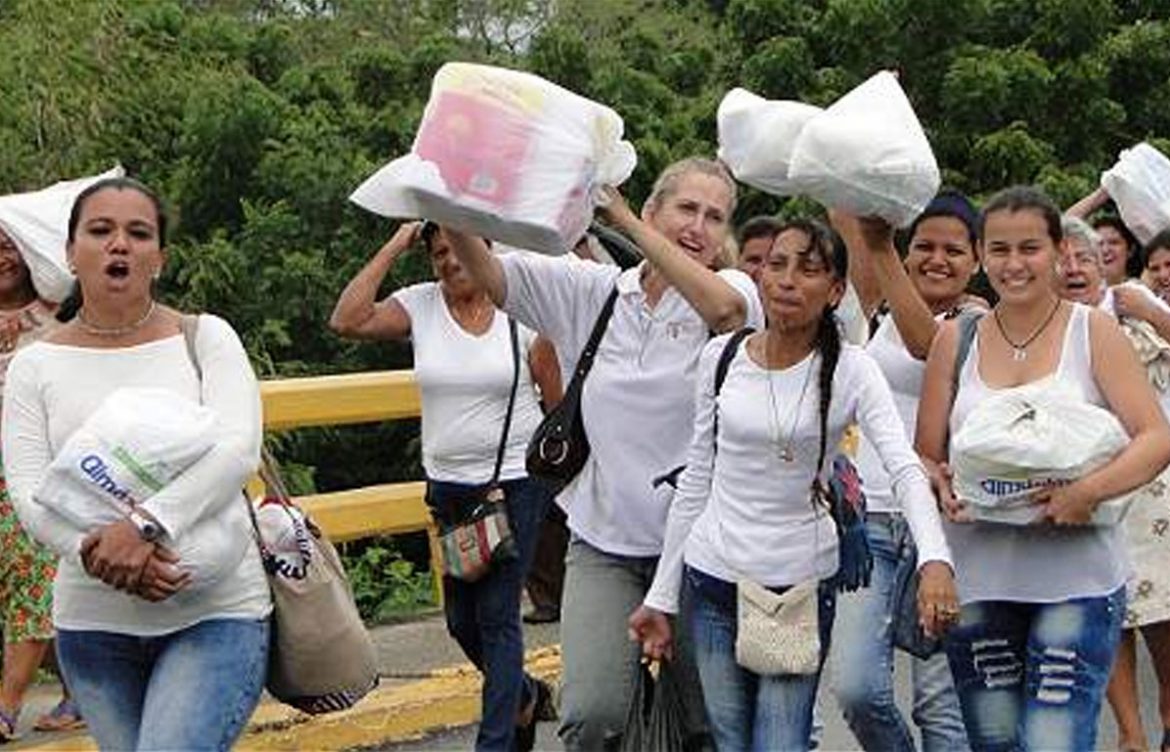 Five hundred hungry Venezuelan women rushed across a bridge into Colombia in defiance of a year-long border closure in search of basic foods and commodities that have grown scarce at home due to a crippling economic crisis.

The women, dressed mostly in white and coming from towns in western Tachira state, managed to break through a military cordon, across a bridge and into the northeastern Colombian city of Cucuta.

One of the women told local media she had bought rice, sugar, flour, toilet paper and oil, all of which are hard to come by in Venezuela.

In images and video shared across social media, dozens of the women prayed and sang the Venezuelan national anthem upon their return to the city of Urena.

Shortages of basic food and medicine in Venezuela have reached 80 per cent, according to private organizations, but the situation in the border area is exacerbated by the closure Venezuelan President Nicolas Maduro ordered in August 2015.

The president made the decision after an attack by a Colombian paramilitary group against a military patrol that wounded three people in San Antonio del Tachira.

Some 70 per cent of Venezuelan small shops have closed, causing the loss of 15,000 jobs, according to the Venezuelan Federation of Chambers of Commerce, or Fedecamaras.

Last week, both countries’ defense ministers resumed talks on border security as they broached the possibility of reopening the 2,200-kilometer frontier.