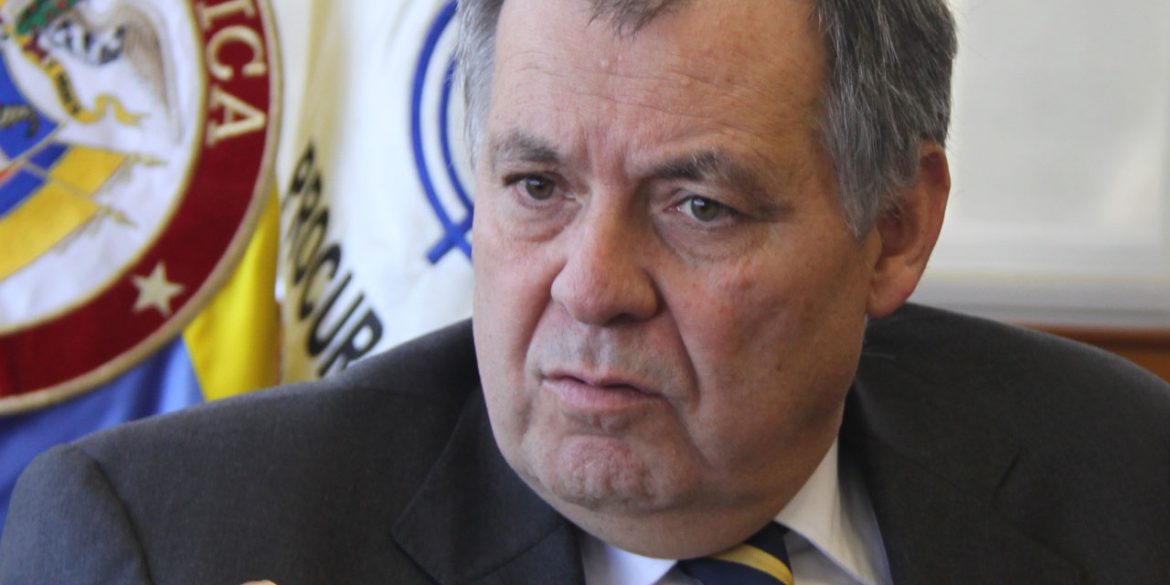 People feeling Venezuela are part of a “coldly calculated” plot to destabilize the region and “spread socialism,” according to Colombia’s ambassador to the Organization of American States (OAS).

The statement made by Ambassador Alejandro Ordonez, who has been known for his controversial positions, were quickly denounced by Human Rights Watch who called the Colombian ambassador “delirious.”

Dictator Nicolas Maduro is part of a global agenda to spread 21st-century socialism. Migration and transcontinental alliances are part of the strategy to realize this goal, which has been developing, calculated. Make no mistake, we are facing a coldly calculated plan to destabilize the region, exercising control and territorial dominance.

It is simply delirious that Ordoñez, letting himself be carried away by his nineteenth-century ideological prejudices, treat these migrants and refugees, who are victims of the Bolivarian dictatorship, as if they were foreign agents. This discourse fuels xenophobia and stigmatization, which is incompatible with the enormous efforts made by the Colombian government itself to receive and support Venezuelan immigrants in their country. I ask President Duque to reject outright these feverish claims by the Colombian ambassador to the OAS.

Foreign minister Carlos Holmes Trujillo quickly tried to run damage control and released a rectification. While not retracting any of Ordoñez’ claims, the foreign minister said Venezuelan migration is a consequence of tyranny and accused Maduro of causing “deterioration of the economic political and social conditions in Venezuela.”

The controversial ambassador and staunch Catholic became a key supporter of President Ivan Duque ahead of the 2018 elections. In return, he was granted the ambassador’s position at the OAS.

Throughout his career, Ordoñez was guided by an unyielding moral vision that has made him a righteous crusader of fundamentalist Catholic values to some and a dangerous zealot to many others. He has become part of president Ivan Duque’s inner circle, in exchange for his support in the election.