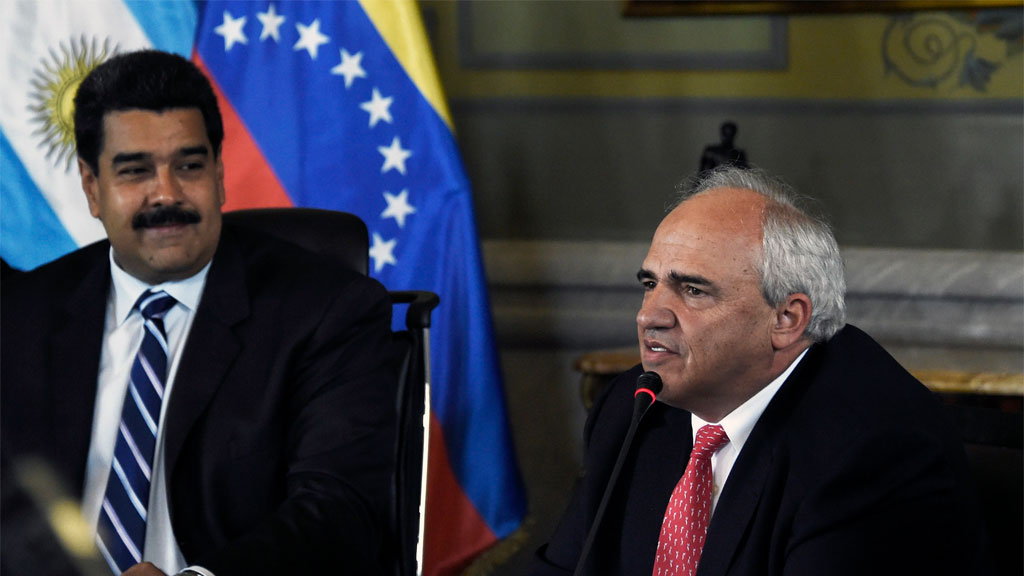 
The former president and current secretary general of the union of South American states UNASUR met with Venezuelan president Nicolas Maduro on Wednesday to discuss a solution to their diplomatic crisis with the US.

“I have officially requested that the Secretary General of UNASUR helps us to assume a diplomatic initiative to prevent the US government from continuing to get into a deadlock and seek a dialogue with the US government to build diplomatic peace with understanding,” Maduro stated on his weekly television program “In contact with Maduro.”

The US government recently announced plans to implement new sanctions on the Venezuelan government in response to its poor human rights record.

The bill, which was approved by the US senate in December 2014, called for the freezing of assets and denying visas to persons close to the Maduro government.

However, the Venezuelan president has accused the US government of attempting to stage a coup against his government.

Maduro has also accused the US government of trying to sabotage Venezuela’s economic trade process.

“The sanctions were announced at the time when I was in very important stage in economic alliances on a world trade tour to ensure the country’s resources and investments. China, Russia, our brothers of the Organization of Petroleum Exporting Countries (OPEC), Saudi Arabia, Algeria, and Qatar. Some people might think that the ambush was accelerated to prevent the success of the tour,” said Maduro.

The Venezuelan president has urged US Vice President Joe Biden to comment on the accusations made about the “coup.”

According to spokesmen cited by daily El Tiempo and weekly Semana, the US government prefers to talk directly with Caracas instead of through Samper, who saw his US visa revoked in 1994 after it was revealed that his successful presidential campaign that year had been financed by the Cali Cartel.

Relations between the United States and Venezuela have been at a minimum for years. There have been no ambassadors in their capitals for years and a number of US sanctions have been implemented to try and force Venezuelan officials to improve conditions for the country’s US-loyal opposition.

Maduro also said he spoke of the matter with the current president of the Community of Latin American and Caribbean States (CELAC), Ecuadorean president Rafael Correa.

According to Maduro, “the Ecuadorean president offered ‘full support’ for the launch of a joint initiative between the CELAC and UNASUR to stop an alleged conspiracy against Venezuela from the United States.”

This surprise call for help from the Venezuelan government comes only a week after diplomatic relations between Maduro’s government and Colombia hit rocky ground.

Maduro accused the Colombian government of interfering with their internal affairs by showing support for the opposition leader Leopoldo Lopez, who is currently in prison.