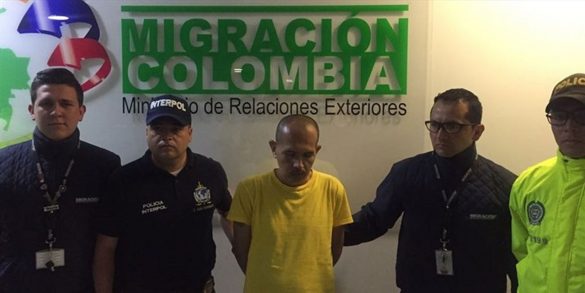 A man who has admitted to raping more than 275 children in northern Colombia was sent to jail on Friday after he was extradited from Venezuela.

The 37-year-old Juan Carlos Sanchez, who has been dubbed “the Big Bad Wolf,” reportedly plead guilty to raping 276 children in Colombia’s Caribbean region.

Weekly Semana reported in January that the suspect may have victimized more than 500 children over the past decade.

If found guilty, Sanchez could become one of the most prolific mass rapists in the history of Colombia.

According to Semana, the youngest victim of the man who called himself “the Big Bad Wolf” was no older than 14 months.

Sanchez allegedly sold videos of the sexual abuse and images of his victims to pedophile networks.

The computer engineer was arrested in 2008 for sexually abusing a 14-year-old, but was released from prison in spite of six victims testifying against him, according to Semana.

In the following years, dozens of reports of child abuse emerged in different municipalities along the coast. But the authorities treated them as isolated cases, and no one thought of connecting the dots and thinking of Sanchez as one of the possible culprits. The Big Bad Wolf’s tracks disappeared on the road to impunity and inefficiency for years.

Colombia’s police authorities were again alerted of the suspected serial rapist in 2011 after police in Mexico linked him to the distribution of child pornography.

Investigators were able to enter Sanchez’ alleged email account within months and found images of 276 minors that had fallen victim between 2008 and 2011.

A second file was even scarier. It contained videos, between 2 and 5 minutes long, in which the individual brutally raped each of these 276 minors. In many of them you can hear the cries, laments and pleas of the small and defenseless victims.

Since the arrest of Sanchez’ associate in Mexico, police in Colombia have been hunting the suspect.

Nevertheless, the alleged serial rapist fled to Venezuela early last year and settled in the city of Maracaibo where he was arrested by Venezuelan authorities in collaboration with international police organization Interpol in December.