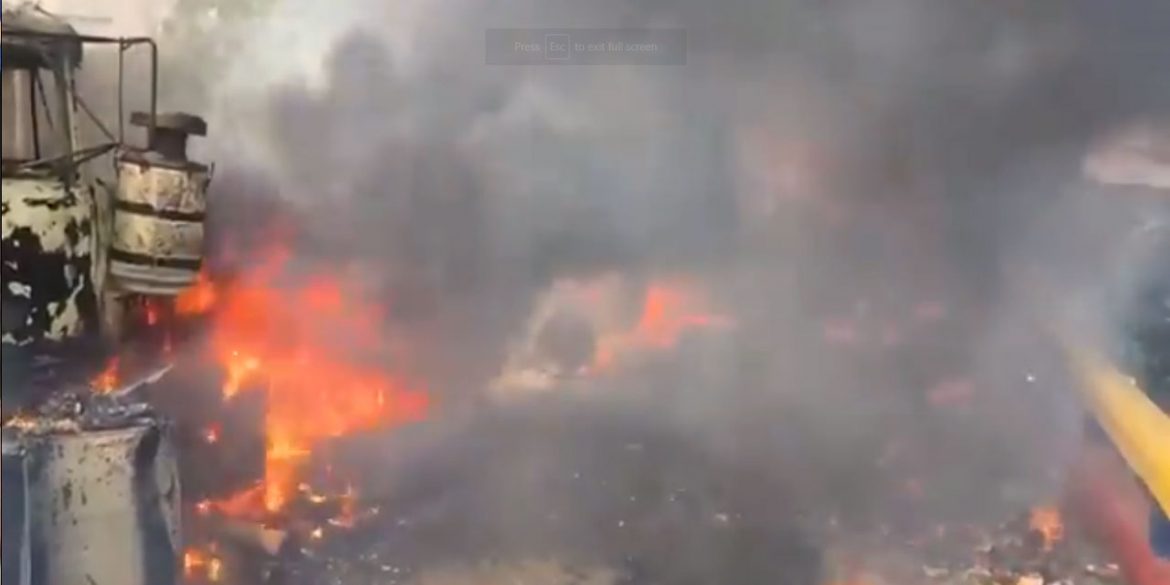 In a televised speech, Maduro gave the last remaining Colombian diplomats in Caracas 24 hours to leave the country after Colombia’s president, Ivan Duque, joined Venezuelan opposition leader Juan Guaido in a call on Venezuela’s military to disobey orders and allow the entry of food supplies and medicine from the United States.

I can’t bear it anymore, we can’t keep putting up with Colombian territory being used for attacks against Venezuela.

Colombia does not recognize the legitimacy of the usurper Maduro. Colombia recognizes President Juan Guaido, who we thank for inviting Colombian diplomatic and consular officials to remain in Venezuelan territory. However, in order to preserve the life and integrity of the officials, we will arrange their trip to Colombia as soon as possible.

The authoritarian Venezuelan president also warned that any military intervention from the US would be responded with “the surprise of the century.”

A Maduro-loyal lawmaker said last year that the country’s air force would attack Colombia, the US’ staunchest ally in the region, if US President Donald Trump decides to use military force to oust his Venezuelan counterpart.

Guaido, accompanied by Duque and OAS President Luis Almagro, ordered the crossing of the American aid packages from Brazil and Colombia earlier Saturday and called on soldiers at the border to defect.

At least six members of the security forces reportedly jumped the border, not enough to allow the trucks to cross the Simon Bolivar border bridge between the Colombian city of Cucuta and the Venezuelan town of Ureña where clashes between security forces and Guaido supporters were reported.

At least one truck carrying aid was set on fire, according to Reuters journalist Julia Symmes Cobb.

Here’s some aid going up in smoke on the Francisco de Paula bridge pic.twitter.com/S4rsN37zKw

Opposition leaders organizing the operation at the Colombian border said “it’s possible” they will retreat the 10 trucks carrying 600 tons of food supply and medicine after the attempt to cross the border led to a standoff and multiple injured civilians, according to freelance journalist Dylan Baddour.

Colombian authorities were reportedly treating injured protesters on the Colombian side of the border.

On the Venezuelan border with Brazil, where trucks also tried to enter Venezuelan territory, one person was killed in skirmishes, according to newspaper Correo del Caroni.