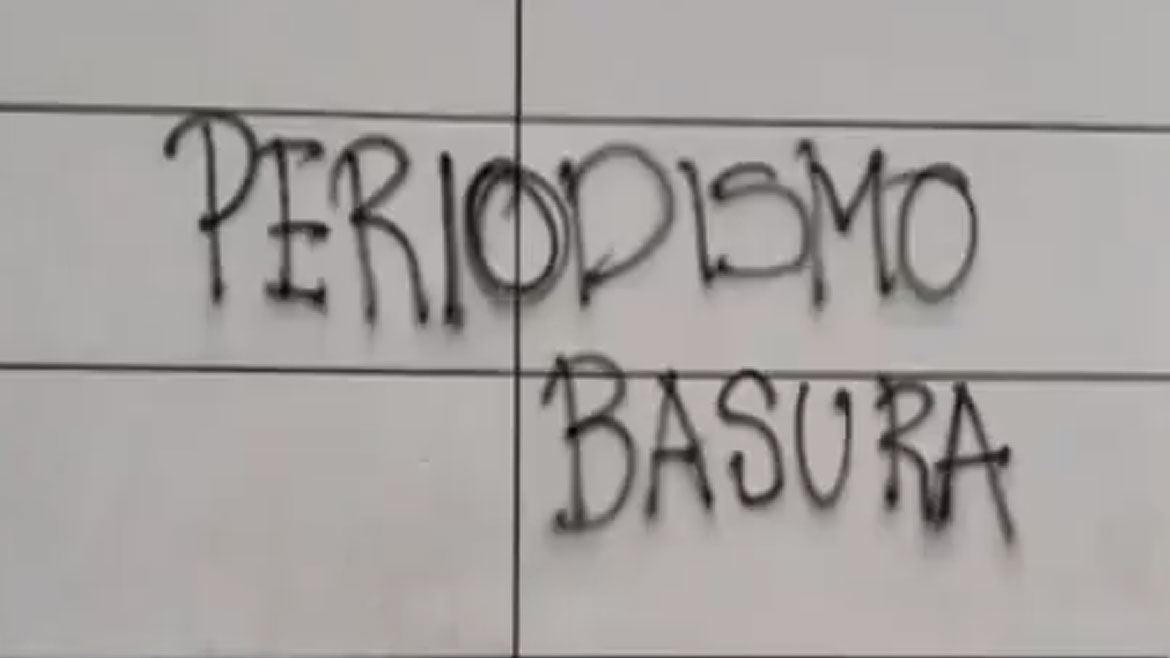 The directors of weekly Semana and television network RCN should really not be surprised that people vandalized their offices after so many insults.

Semana director Vicky Davila seemed clueless why people would vandalize the offices of these news outlets and accused “politicians and even some colleagues” of sowing hatred.

This attack, undoubtedly, is the fruit of the hatred of some politicians and even some colleagues — because let’s tell it like it is — who have been promoting and sowing the seeds of this hatred that we are seeing and God forbid doesn’t end in attacks against human life.

Because Davila insists, let’s tell it is like it is.

I have exposed that the Semana chief is a member of the Gnecco crime family and have revealed allegations that her boss, banker Jaime Gilinski, could go to prison for at least four years over his alleged tax evasion.

I thought this was my job, me being a journalist and all.

I know for a fact Gilinski isn’t happy I exposed his ties to one of Colombia’s most notorious crime families, I can’t blame him.

I also know for a fact that Davila’s sidekick, Salud Hernandez, is furious with me because I exposed her alleged involvement in a criminal conspiracy to discredit Colombia’s Supreme Court.

When you scrutinize power, you’re bound to piss people off once every so often. It’s part of the job. Caring about the reputation of scumbags is not.

If Hitler were alive, he’d probably be pissed off with the people who revealed the horrors of the Holocaust, because a lot of people hate him for killings millions of Jews now.

I doubt historians were “promoting and sowing the seeds of hatred” when they decided to chronicle the Holocaust instead of Hitler’s qualities as a painter.

The historians were just doing their job and, frankly, the Fuehrer’s paintings were almost as shit as the journalism of Semana and RCN.

None of this justifies vandalism, of course, just like nothing justifies lynching.

However, if Hitler were to insist he was a painter instead of a war criminal, would anyone be surprised if some guy at one point was like “fuck this” and lynched the guy?

Claiming that vandalizing a news outlet is an repudiable attack on the freedom of the press is a redundancy.

Urging the necessity of a debate about the role of Colombia’s corporate media in society, on the contrary, is not.

In fact, this debate is long overdue. The frustration of the people who vandalized the offices of Semana and RCN isn’t new and more than legitimate.

Colombia’s media consistently justify brutal police repression of Colombia’s youth by calling them “criminals” and “hooligans” who are incited by “foreign infiltrators” while all they demand is respect for their rights.

Ending the constant criminalization of Colombia’s students is really not a lot to ask.

If Davila or RCN chief Jose Manuel Acevedo believe it is, then I also wish that god forbid any media employee ends up like Dilan Cruz, the 18-year-old high school student who was murdered by a cop for wanting an education.