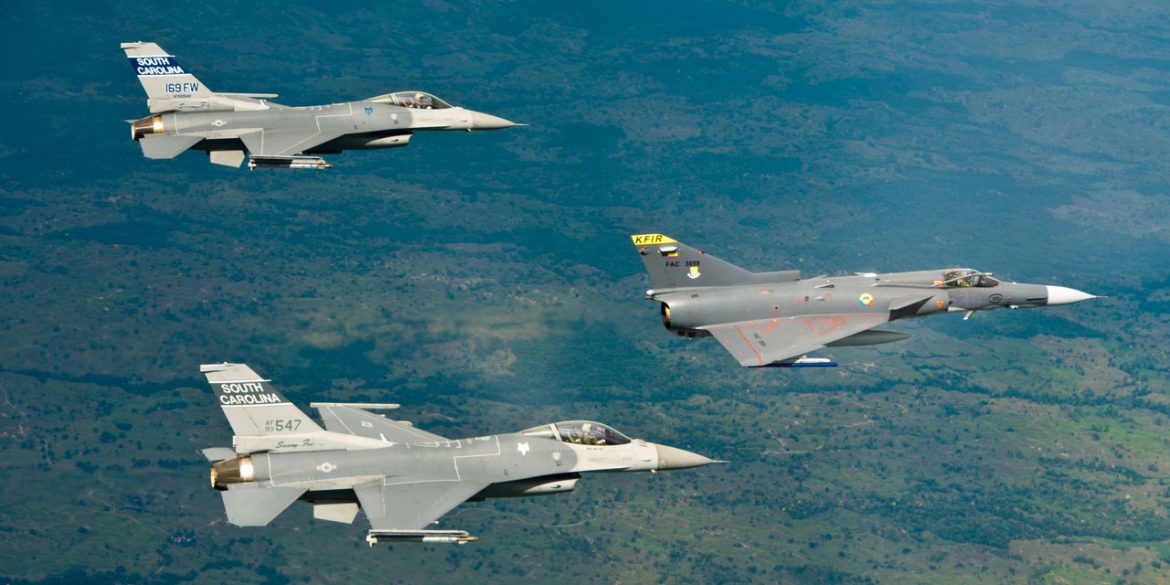 The United States military has offered to sell Colombia 15 of the most advanced F-16 combat jets “to defend their airspace” against possible aggression from Venezuela, Foreign Policy reported Thursday.

Such a deal could cost close to $300 million, which would make it the largest arms purchase in Colombia’s history. It would strengthen the already deep relationship between the two countries’ militaries, according to US Air Force Major General Andrew Croft.

“Anytime we do a foreign military sale program with a nation, especially an airframe, it gives us a 40 to 50-year relationship,” Croft told Foreign Policy magazine. Croft is Commander of US Air Forces Southern, the air component of overall US Southern Command.

Colombia’s Defense Minister Guillermo Botero denied reports the government was considering the purchase of $367.4 million in anti-aircraft missiles in October last year, “because we don’t have the budget.”

The wonders of having F-16s

Having the latest F-16s would deter threats from Venezuela and give Colombia greater ability to fight rebel groups and narcotraffickers, who are using fast civilian jets to to smuggle drugs, Croft told the magazine.

Built by Lockheed Martin, the F-16 is one of the most widely used jet fighters in the world, owned by more than two dozen Air Forces worldwide. In Latin America, they are part of the arsenal in Venezuela and Chile.

But those are older versions. What Colombia is being offered is the latest update of the plane, including the so-called Block 70 advanced software and radar package. Lockheed Martin boasts that this version of “the F-16 can fly and fight until 2070.”

Last year, Colombia abandoned plans to upgrade its anti-aircraft missile defense system because of the cost.

The reality of having no money

News agency Reuters last year reported that the country was looking to expand its virtually non-existent air defense systems last year, but this was quickly denied by the defense ministry.

“We are not going to invest 1.1 trillion pesos [about $365 million] in anti-aircraft defense for the time being, because among other reasons, we do not have the budget,” Botero told Congress in October.

If upgrading Colombia’s air defenses is critical but was postponed because of its cost, it isn’t clear why Croft believes the country would or could spend almost as much on planes to boost its offensive capabilities.

The F-16s would replace Colombia’s current fleet of 21 Israeli Kfir fighter jets that are becoming outdated.  Last year Colombia rejected a proposal by Israel to buy some of that country’s older F-16s, according to media reports.

While Venezuela’s F-16s are also old, the country recently obtained advanced Russian Su-30 fighters, which the US Air Forces’ Croft called “a threat to the region.” The Su-30 is considered the most advanced fighter in Latin American arsenals.

A sale to Colombia would benefit the US in various ways. Among other things, it would block Colombian purchases from other countries, which would lead to long-range relationships with Colombia’s military.

Colombia is “our best partner, one of our strongest partners that we have in the region,” Croft said. “I’m not sure the relationship has ever been stronger than it’s been right now.”