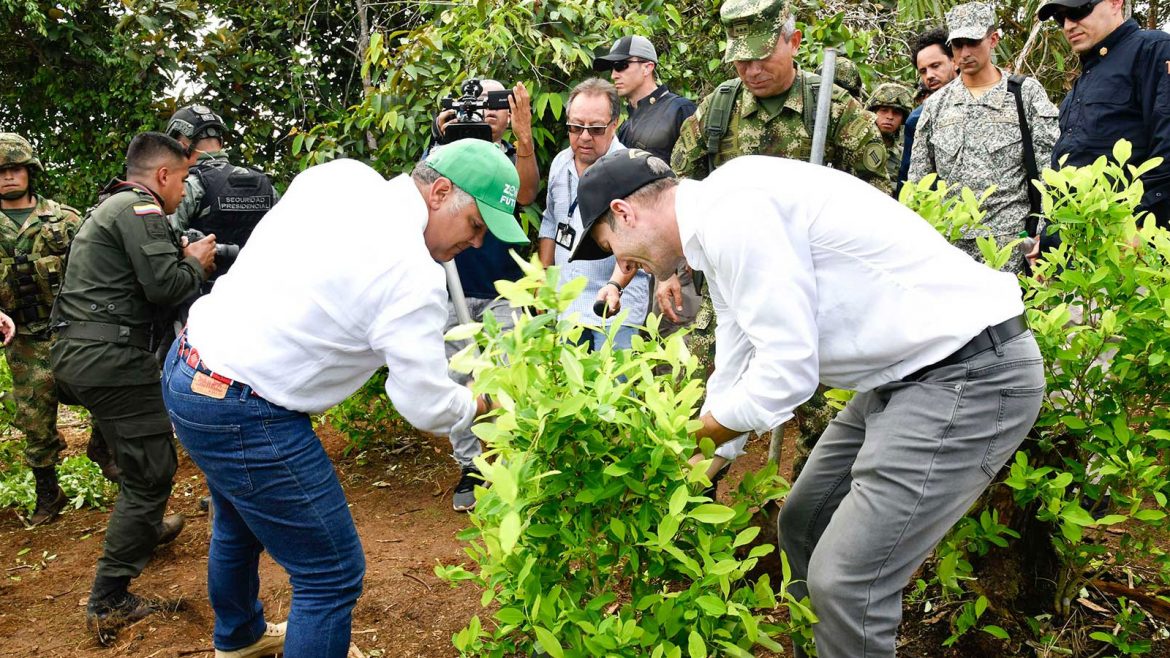 The United States government will invest “billions of dollars” in rural development as part of its counternarcotics strategy in Colombia, a top official said Thursday.

During a visit to Tumaco, Colombia’s top cocaine-producing locality, Adam Boehler of the recently founded International Development Finance Corporation (DFC), said that “it’s critical that we not only focus on eradication, but on the positive side of things and the development side.”

There’s going to be billions of dollars of investment coming from us, from the United States and from the private sector.

In a joint press conference with Boehler and US ambassador Philip Goldberg, President Ivan Duque said the DFC would invest almost $5 billion in the countryside where state neglect has historically led to violence and illicit activities like drug trafficking.

He also brought a very important message for Colombia from the President of the United States, which is the willingness of this development financing agency… to contribute to Colombia close to $5 billion in the coming years to carry out integral intervention works in the countryside that seek to provide public goods and develop work opportunities.

The announced investment plans imply a shift in Washington DC’s counter-narcotics strategy in the South American country that would be more in line with that of the United Nations.

This visit is a demonstration of the commitment of the United States to Colombia and to the Government of President Duque in the efforts they are already making to do something about this scourge of drugs, but also to support Colombia in the effort to produce economic development in this region, as well as in the other regions of the country suffering from this problem.

Washington has long promoted repressive measures like forced eradication and aerial fumigation to curb cocaine production as part of its “War on Drugs.”

The UN’s Office on Drug and Crime (UNODC) has long insisted that crop substitution and rural development are more effective to curb the cultivation of illicit crops like coca, the base ingredient of cocaine.

The UNODC has been actively involved in crop substitution as part of a peace process that followed the demobilization and disarmament of leftist FARC rebels in 2017.

This so-called PNIS program, however, does not receive US support because it employs demobilized members of the FARC, which is still considered a foreign terrorist organization by the US.

Both Washington and Bogota continue to push for the continuation of forced crop eradication and the resumption of aerial fumigation, despite doubts about their effectiveness.

The PNIS program, however, has been chronically underfunded and doomed without investment.

Now that Washington has promised to open its investment wallet this may change.