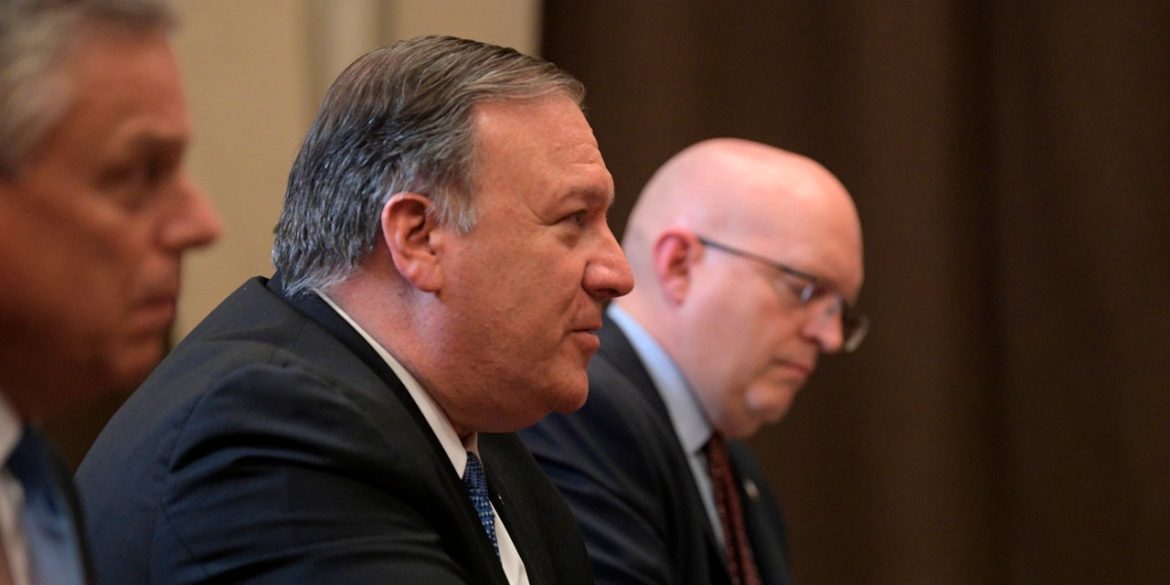 The US still strongly supports the resumption of aerial spraying of pesticide on Colombian coca fields, Secretary of State Mike Pompeo told a Senate panel Tuesday.

Without mentioning any other strategy for reducing coca production and without acknowledging growing global criticism of the pesticide glyphosate, Pompeo told the Senate Caucus on International Narcotics Control that spraying “is an important tool they need” to reduce Colombian coca production.

Can regulation rather than repression solve Colombia’s drug problem?

Colombia’s Constitutional Court banned spraying of glyphosate in 2015, after research by the World Health Organization and the International Agency for Research on Cancer concluded it probably caused cancer in humans.

Three juries in the US have agreed, ruling in recent months in favor of farmers who argued exposure to glyphosate caused their cancers.

President Ivan Duque in March asked the Constitutional Court to permit the resumption of spraying. The court has not yet ruled on his request.

Aerial spraying was the only solution Pompeo mentioned in his testimony for reducing coca farming, despite widespread acknowledgement that dismal government support for the creation of rural infrastructure has undermined the ability of coca farmers to switch to legal crops.

The United Nations and other groups have said that crop substitution and rural development, not the forced eradication of coca plants, is the most effective way to curb drug trafficking.

Pompeo acknowledged that after 20 years of effort, the US is still “trying to figure out what are the right incentives” for reducing cocaine production in Colombia.

More coca is grown now than when Plan Colombia was created two decades ago to help reduce coca acreage.

“We have been at these programs for a long time,” Pompeo testified. “We haven’t gotten where we all want to be. They haven’t delivered the outcomes these programs were pitched on.”

None of the Senators on the panel challenged Pompeo, even though a recent report to Congress by the US Government Accountability Office (GAO) found that despite a $10 billion investment since 1999, there has been no “comprehensive review of the US counternarcotics approach” to determine what actually works.

The 88-page report by the GAO, which audits and evaluates programs for Congress, concluded: “The US government lacks key information to determine the most effective combination of counternarcotics activities.”

Pompeo replied by saying that the department has “really good data,” and then went immediately to the importance of the upcoming court decision on resuming spraying.

Regarding spraying, the GAO report noted that “coca fields can be aerially ‘eradicated’ multiple times in a year and still yield crops… the same 1-hectare field could be sprayed three times, counted as 3 hectares ‘eradicated,’ yet still produce a coca crop.”

The report continued: “Using eradication as a supply-reduction strategy amounts to ‘mowing the grass’—that is, it represents a short-term approach to reducing the coca crop.”