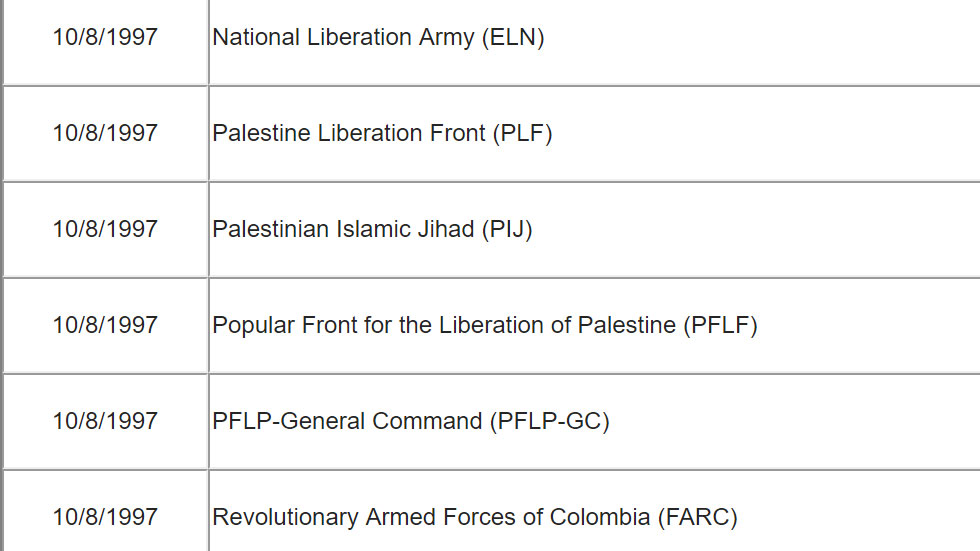 US to reconsider FARC designation as terrorist group after peace signing

The United States will reconsider the FARC’s presence on the country’s terror list once Colombia’s largest rebel group signed peace with the state, the ambassador said.

According to US ambassador Kevin Whitaker, it is “obvious that with a change in circumstances, for example the signing of peace, you need to reconsider how appropriate the designation is.”

The US State Department added the FARC to its list of foreign terrorist organizations in 1997 when the group was at the height of its power and carrying out terrorist attacks by the dozens.

However, after years of negotiations with the administration of President Juan Manuel Santos the group renounced violence on Saturday and is set to sign peace with the Colombian state on Monday 5PM.

While the US may remove the FARC from its terror list, it will not stop collaborating with Colombian justice to seize FARC assets obtained through drug trafficking.

The Marxist group formed in 1964 and has become one of Colombia’s main drug trafficking groups since it started “taxing” drug traffickers and coca farmers in the early 1980s.

The US has consistently supported Santos’ efforts to make peace with the group and allow the rebels to form a political party.

Secretary of State John Kerry will be present at the formal ceremony in Cartagena where the Colombian President and FARC chief “Timochenko” will sign the 297-page accord ending more than half a century of drug-fueled political violence.

The European Union’s Special Envoy to the talks, Irishman Eamon Gilmore said Tuesday that the European government body had already begun the procedures to remove the FARC from its own terror list.