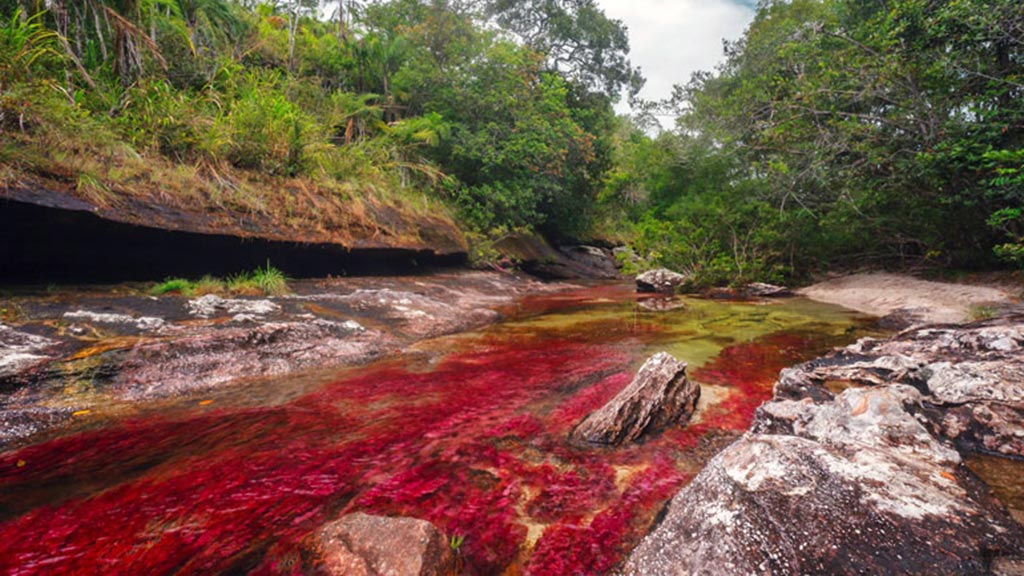 US oil company Hupecol Operating has sued Colombia for banning fracking near one of the country’s most unique ecosystems, the Caño Cristales river, according to local media.

The Houston-based company had acquired the rights to explore fracking possibilities in the south of the Meta province, but saw these rights revoked in 2016 after public uproar about possible oil operations near what is considered one of Colombia’s most beautiful rivers.

Consequently, Hupecol is seeking almost $28 million in compensation for what the company claimed to be lost investments and profits, newspaper El Espectador reported.

According to the plaintiff, Colombia’s environmental licensing agency knew about the company’s plans since 2010 without taking action until public opinion turned against the project.

How Colombia got sued

The US oil company was granted rights to explore oil extraction possibilities under former President Alvaro Uribe in July 2010, but saw this license suspended by the National Agency for Environmental Licences (ANLA) after public indignation about the controversial fracking plans.

The controversy broke after the mayor of La Macarena, a municipality in the center of Colombia, told local media that the ANLA had allowed Hupecol to carry out exploratory fracking activities near the Serrania de la Macarena National Park.

In this park, three rivers come together to form the Caño Cristales river.

Why Caño Cristales is a big deal

The Caño Cristales is known as the “river of five colors” due to the combination of the vivid red and green flora and the deep gold, black, and olive green of the riverbed.

While one of the country’s most beautiful rivers, the Caño Cristales is also unique because it lies on the frontier of the Andes mountain range, the Amazon forest and Colombia’s eastern plains.

“Caño Cristales is a world famous destination of outstanding natural beauty. With increased security over the years, tourism to the area has grown and La Macarena village has developed it’s own tourism industry which is an invaluable source of income for the local guides and hotels that we work with,” tourism operator Mark Genney told Colombia Reports last year.

The area was virtually inaccessible for years because of the country’s armed conflict, but was reopened up for the public in 2009 after which locals slowly began receiving visitors.

“We in the Macarena have been preparing for 15 years to become a tourist and ecological zone,” Mayor Ismael Medellin told Caracol Radio.

While considered virtually a natural wonder, the Macarena municipality is also full of oil, Colombia’s most important export products and one of the country’s primary recipients of foreign investment.