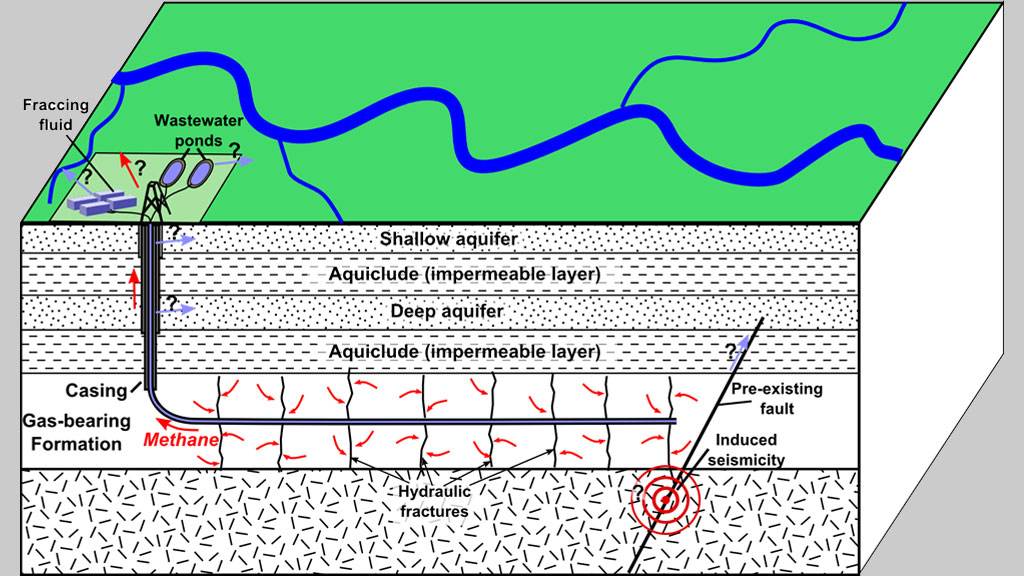 US fracking debate spills over into Colombia amid earthquake concerns

In light of a statement by the Oklahoma Geological Survey (OGS) that links exist between hydraulic fracturing, commonly known as “fracking”, and earthquakes, some in Colombia have called for a prohibition of the process while petroleum trade groups rush to assure the public of the safety of fracking.

The OGS “considers it very likely” that waste water wells produced as a byproduct of fracking are a main cause of the numerous earthquakes that have rocked the state of Oklahoma in the United States in recent years.

This announcement coincides with the introduction of a website by the Oklahoma energy and environment cabinet detailing the evidence behind the Oklahoma Geological Survey’s statement, the website including maps of waste water wells and areas of seismic activity.

The government of President Juan Manuel Santos approved fracking in Colombia last September, a move that seeks to take advantage of these unconventional petroleum resources just as the US, China, and Argentina have done.

With the statement by the OGS, though, the move has come under fire from environmental activists in Colombia as potentially damaging to Colombia.

Ricardo Lozano, the former director of a government agency charged with collecting information on and monitoring Colombia’s biophysical resources, has indicated that, based on the “principle of precaution”, the government should first ascertain whether fracking is indeed dangerous before fully embracing the process.

“It’s not only knowing the physical effects on the territory but also the community and infrastructure exposure [to fracking].” explained Lozano.

The Colombian Petroleum Association (ACP), however, a group dedicated to promoting the interests of petroleum companies in Colombia, has also offered their own evidence to support the implementation of fracking in Colombia, suggesting that tens of thousands of wastewater wells have been drilled successfully in the US and that any seismic activity that results is hundreds of thousands of times smaller than what is perceptible by humans.

Tomas Gonzalez, the minister of mines and energy, also sought to assuage any public fears over fracking by indicating that there are firm regulations in place that render the process completely safe, including rules on appropriate distances between geological fault lines and water-injection sites, monitoring of changes in seismicity, and protocols to stop fracking in the event of significant seismic activity.

Aside from these arguments that fracking is a safe process, many see vast potential in fracking to usher in a new era of economic prosperity for Colombia by greatly increasing energy reserves and attracting more foreign investment.

“It is in the country’s interests to incorporate more reserves of petroleum and gas to ensure sufficiency of energy…and to make possible social and infrastructure investments.” posited Mauricio de la Mora Rodriguez, president of the National Agency of Hydrocarbons.

Proponents of fracking, however, have done little to address worldwide concerns that continued use of fossil fuels has the potential to drastically change the earth’s climate to the point where human habitation is no longer feasible, instead touting the alleged safety and economic benefits of the process.

As the debate continues, the fate of fracking in Colombia rests with the National Authority of Environmental Licenses, the body charged with approving fracking applications in Colombia.