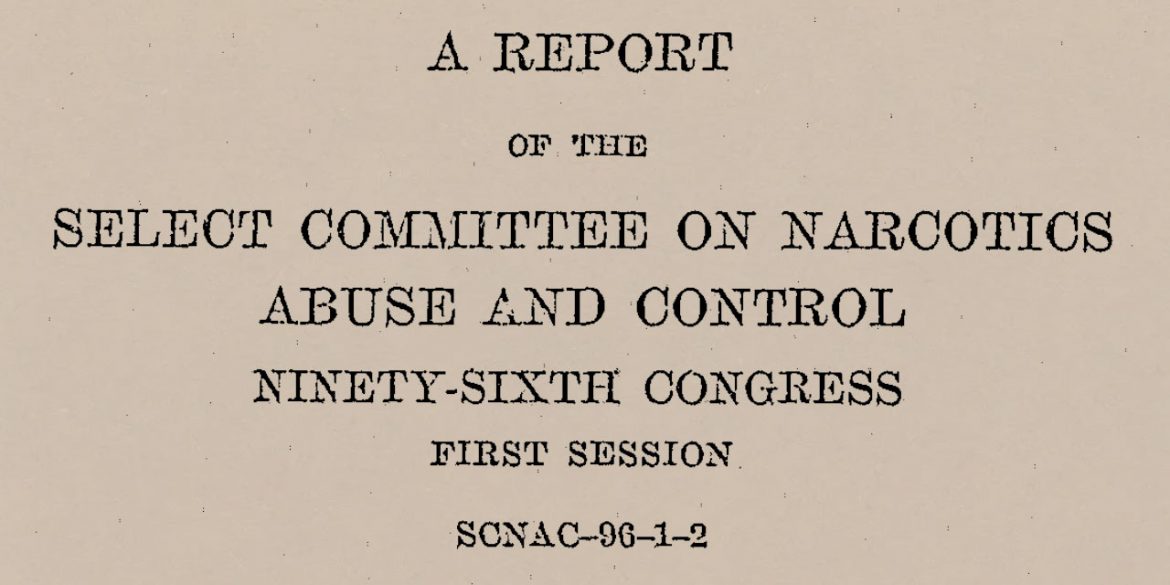 US counternarcotics in Colombia: a prehistory

The aerial spraying of marijuana in Mexico made Colombia the main supplier to the United States, whose potheads were corrupting the South American country, US lawmakers were told in 1979.

The use of the lethal Paraquat chemical had created a major scandal because it was literally poisoning American consumers, yet the US government wanted to also use it to eradicate Colombian marijuana.

President Julio Cesar Turbay “indicated a reluctance to engage in an immediate spraying eradication campaign because of the international controversy” the lawmakers reported to US Congress.

The State Department’s long‐unnoticed involvement in Mexican marijuana eradication has grown into a potential public‐health crisis, another in a series of foreign‐policy embarrassments for the Carter Administration, and, most recently, into a domestic political controversy that has pitted the State Department and President Carter against Senator Charles Percy’s legislation to block this controversial pro1979 funding.

Later that year, the president would agree to use aerial spraying to combat illicit drugs for the first time in history.

Pablo Escobar had been flying cocaine to the US for at least two years, but apparently unnoticed as both Colombian and US authorities were mainly concerned about marijuana.

The Medellin narco’s heydays would begin a year after the US lawmakers’ visit when Turbay appointed a close friend of the Ochoa crime family, Alvaro Uribe, as director of the country’s civil aviation agency.

“Drug consumption in the US is the problem”

The American delegation noticed that the consensus in Bogota was that the root of the problem was the growing demand for drugs in the United States.

Turbay referred to recent articles in the American media which described Colombia as a nation busily engaged in producing illicit drug’s for the rest of the world. He characterized this description of Colombia as being unfair because in large measure the Colombian drug activity, he said, “was encouraged and financed by Americans.”

“Were it not for the advanced appetites of many Americans to consume illicit drugs, Colombians would not have such incentive to produce,” everybody in Bogota seemed to agree.

US “in a ‘prohibition era’ situation”: economists

Economic think tank ANIF was decades ahead of its time and argued that marijuana should be legalized. The US Government was “essentially in a ‘prohibition era’ situation,” ANIF president Ernesto Samper told the US lawmakers 16 year before becoming president.

What is the sense of repressing, with a high social cost as we have been doing until now, a market that is permanently stimulated by a greater tolerance and a spread of demand?

Legalization would this allow tens of thousands of farmers to enter the legal economy and significantly increase tax revenue, the economic think tank had said in a report released just before the visit.

Samper was also annoyed about how Colombia’s international reputation was suffering while the United States was the country with a problem.

The Americans, however, believed marijuana “clearly affected the ability of young students to concentrate in the classroom and clearly impaired a person’s ability to operate an automobile on public highways” and needed to be eradicated instead of legalized.

Chairman Wolff stated that there was no significant national movement toward Federal legalization, and that he did not foresee such action in the near future. He stressed the unanswered questions concerning the potential health hazards associated with long-term marihuana abuse, the effect of consciousness-altering drugs on our young people, and his personal opposition to all forms of drug abuse.

US “will continue to support Colombia in its fight against drugs”

“The United States is supporting, and will continue to support Colombia in its fight against drugs,” US Ambassador Diego Asencio told Samper as the two countries embarked on one of the world’s most counter-effective and destructive drug policies ever.

Almost 10 years after the visit, marijuana was no longer a concern as Colombia’s cocaine exports were booming. The CIA concluded that “the prognosis for the next two years…to deliver a significant decrement to the success being enjoyed now by the cocaine industry is grim.”

Exactly 40 years after the visit, Colombia produced more cocaine than ever.

The country’s defense minister, Carlos Holmes Trujillo, on Wednesday urged to go back to 1979 and resume aerial fumigation, not with Paraquat or Agent Orange, but glyphosate.