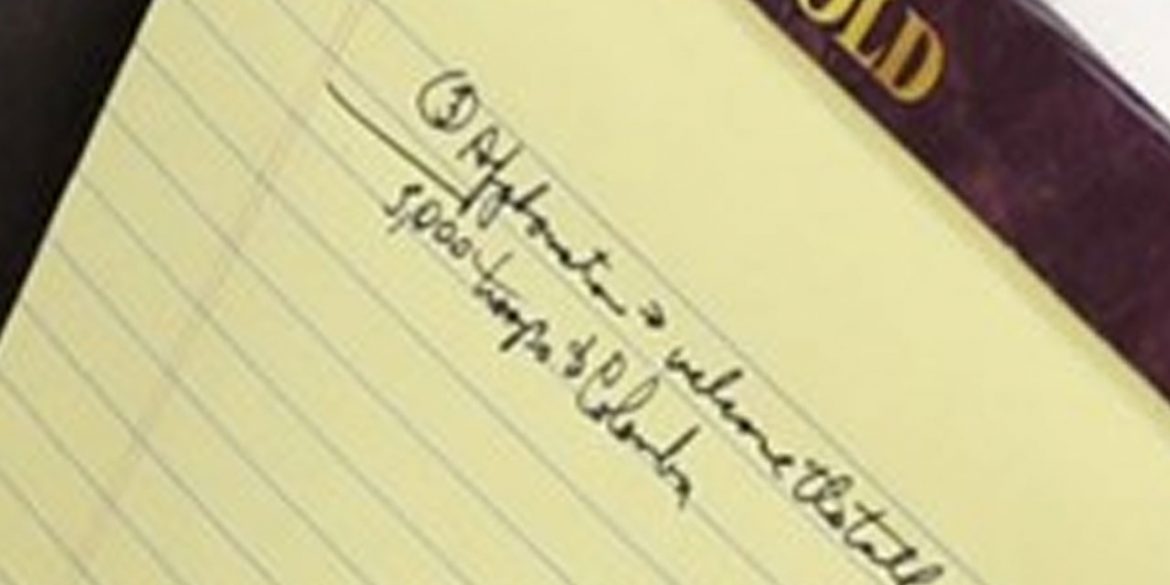 US National Security Adviser John Bolton raised alarm in Colombia on Monday after holding a press conference on Venezuela while holding a notebook that said “5,000 troops to Colombia.”

Bolton, the hard-line adviser to President Donald Trump, told reporters in Washington that “the president has made it clear that all options are on the table.”

Colombia’s ambassador to Washington DC, Francisco Santos, spurred major controversy implying Colombia could team up with Trump and Brazil’s far-right president Jair Bolsonaro to topple Venezuela’s Maduro, whose legitimacy is challenged by the majority of countries in the hemisphere.

“Get your passport ready,” a columnist for the country’s leading El Tiempo newspaper said on Twitter amid fears that US military intervention could turn Colombia’s internal armed conflict into an international armed conflict.

Whether Bolton was being imprudent or purposely making a hint made no difference in Colombia where demobilized guerrilla group FARC and the last-standing guerrilla group ELN have long rejected any type of US military presence in the country.

Moderate political forces are generally positive about maintaining good relations with Washington, but have categorically rejected the possibility of Colombian involvement in any foreign military intervention in Venezuela.

Furthermore, anti-American sentiment has skyrocketed after the election of Trump in 2016. The American president’s record-high disapproval rating in Colombia is only surpassed by that of Maduro.

Support for Duque, who spent most his professional career in the US, also hit historic lows after the inexperienced president proposed a series of unpopular tax hikes, and his failure to curb a resurgence of apparent political and economic violence that has terrorizing the countryside, particularly in areas abandoned by the FARC.

The US officially has never had more than 1,400 US soldiers and mercenaries stationed in Colombia.