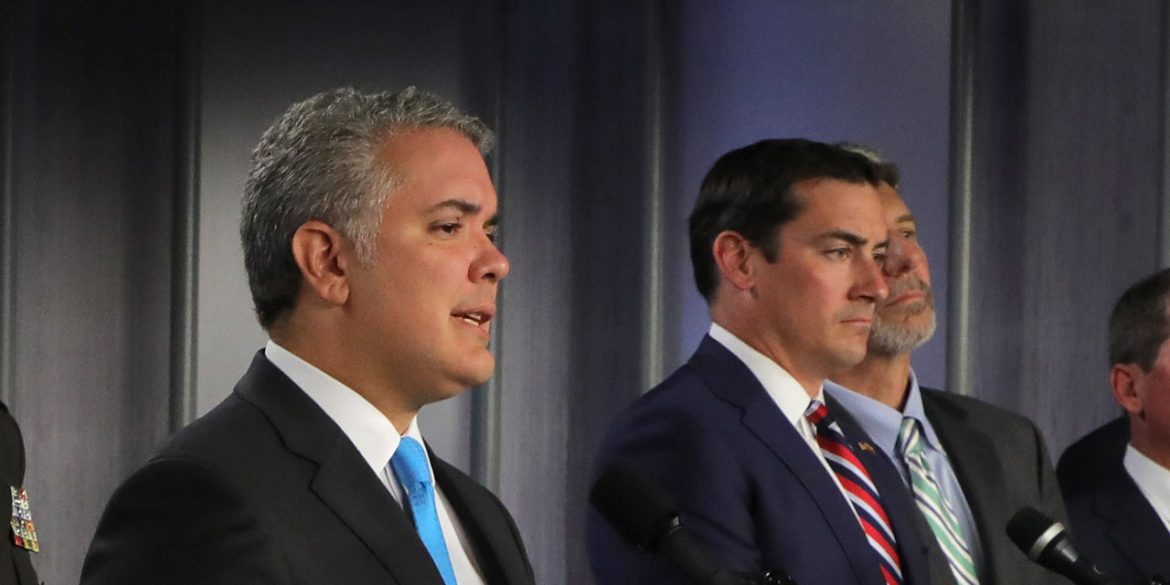 The representative from the US Eastern District of Virgina’s State Attorney’s Office said so at a president after he and six other federal prosecutors met with President Ivan Duque.

According to Terwilliger, the Colombian government “counts on the full support of the United States Department of Justice (DOJ) in the common cause to destabilize, decimate and ultimately dismantle the ELN” that has been active since 1964 and has 4,000 members, according to the government.

The ELN is not the only illegal armed group Colombian authorities are fighting with US support, said Duque.

Duque expressed his gratitude for the federal prosecutors’ support to dismantle the guerrilla, paramilitary and organized crime groups that are all alleged to be involved in drug trafficking to the United States and other parts of the world.

I believe that this important visit by figures from the judicial branch of different states in the United States, under the coordination of the Department of Justice, is an important message in the shared struggle, in the co-responsible fight against transnational crime.

Peace talks and collective demobilizations off the table

The ELN was engaged in peace talks with Duque’s predecessor, former President Juan Manuel Santos, but these talks were suspended by Duque when he took office a year ago.

The AGC and La Oficina expressed their wish to demobilize and take part in an ongoing peace process with the FARC in 2017, but attempts to provide the legislation that would allow their collective surrender to justice were dropped after the president took office.

Civil society group have repeatedly asked Duque to resume talks with the ELN that controls large parts of Colombia’s countryside and has been able to carry out high-impact terrorist attacks in the capital Bogota and the Caribbean city of Barranquilla over the past few years.

The group has been around for 55 years and, according to the military, has nearly doubled in size since 2016.