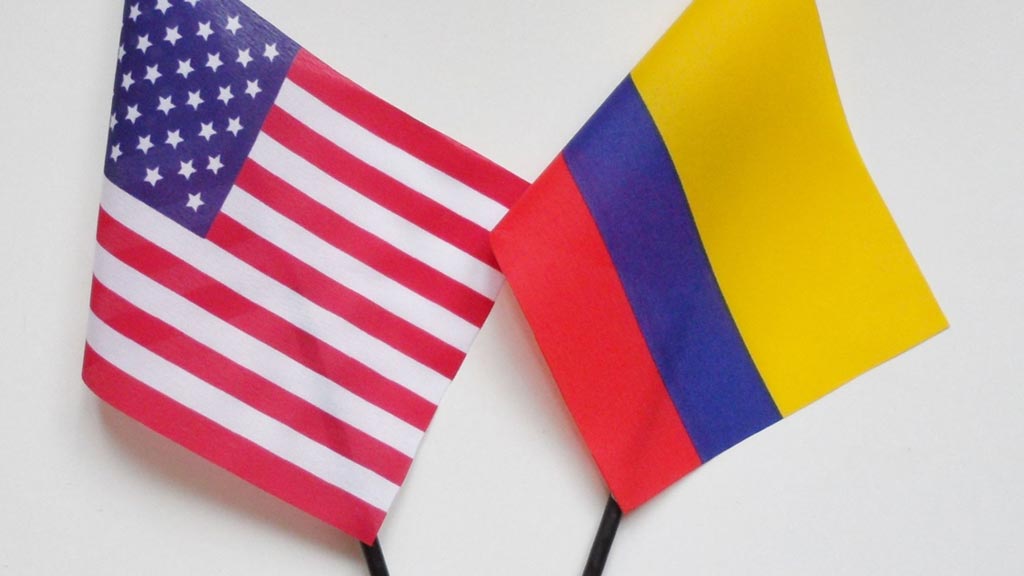 No deal is better than a bad deal: 4 years of US-Colombia free trade pact

Since a free trade agreement between the United States and Colombia came into force on May 15, 2012, exports from Colombia to the US have been cut in half while violence against labor rights workers persists.

The free trade agreement was signed in 2006 by former Presidents George W Bush and Alvaro Uribe, but didn’t come into force until 2012 under the administrations of Barack Obama and Juan Manuel Santos.

Colombia celebrates coming into force of FTA with US

On approval, Colombia’s then-Trade Minister Sergio Diaz-Granados said that the FTA would be Colombia’s “formula for growth […] as it contributes to growth through the elimination of obstacles and uncertainties.”

Diaz-Granados, now an executive at the Inter-American Development Bank, then promised that the deal would secure an additional $3 billion in income per year.

He lied or was mistaken.

In the first months of this year, this deficit grew another 15%.

Colombia’s trade balance with the US

The main cause of the drop in the trade balance has been the plummeting of Colombian exports that are now at a measly 45% of what they were before the FTA.

Colombia’s exports to the US

Some have implied that the global drop in the price of oil, until 2014 good for more than half of Colombia’s exports, should be held accountable for the collapsing exports.

However, this hypothesis proves largely false when removing oil from the export figures. Other export industries have seen trade to the US drop 20% since 2011.

Colombia’s exports to the US excluding oil

While initially the deal seemed to at least benefit US exporters, also they have seen declining exports to Colombia in 2015, a trend continued in the first two months of 2016 when Colombian imports from the US contracted 27% compared to the same period last year.

Following the FTA, and against the promises made by both Washington DC and Bogota, total trade between the two nations, the sum of imports and exports, contracted significantly.

Total trade between Colombia and US

When Obama took office in 2008, he held off signing the FTA because of major concerns within his Democratic Party and US labor unions about the mass violation of labor rights in the South American country.

Ahead of signing the FTA, the two countries signed a Labor Action Plan (LAP), which was supposed to do away with illegal subcontracting contracts, strengthen prosecution efforts to effectively curb violence against labor rights activists and increase penalties for companies that violate labor rights.

In 2011, the year before the trade deal came into force, 25 trade unionists were killed. Last year, 20 were killed, a 20% drop, according to the National Labor School (ENS) and a significant improvement.

Impunity for labor violence, another one of Obama’s priorities, has remained almost absolute; 95% of of labor rights violations committed between 2011 and 2015 never resulted in the conviction of a perpetrator. In the case of death threats, the impunity rate is as high as 99.8%, according to the ENS.

In an April briefing, the US Trade Representative (USTR) admitted that also the illegal subcontracting of workers has continued, albeit under different legal constructions.

“As [illegal] cooperatives have declined, some other forms of illegal subcontracting have increased,” said the USTR.

Additionally, in cases where employers are caught violating their workers’ right, they can count on “a relatively low rate of fine collection for labor law violations,” the USTR added.

Faced with these pessimistic numbers, neither the US government nor its Colombian counterpart decided to celebrate the once-praised FTA.