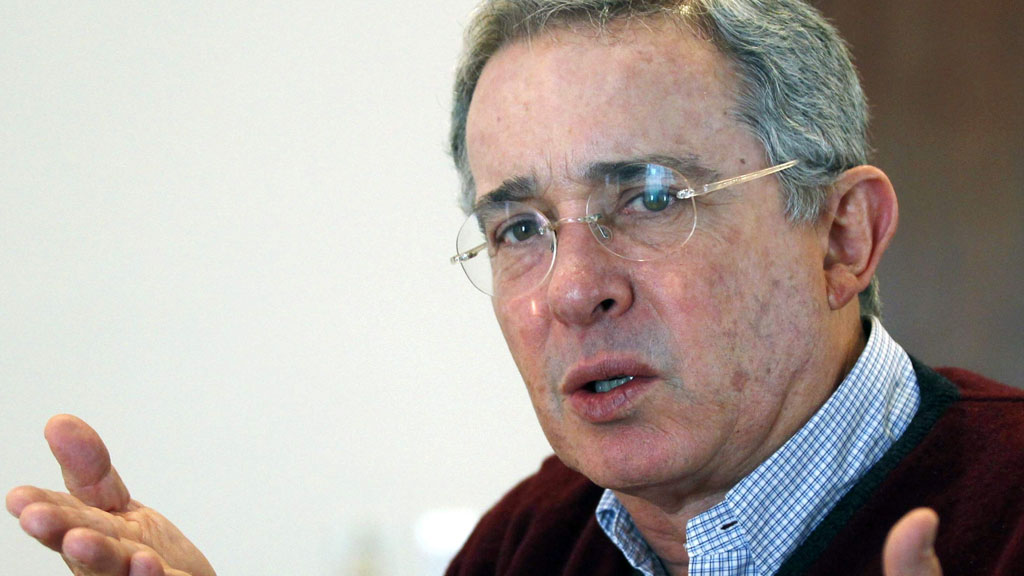 Uribe to visit US to meet lawmakers over Colombia peace talks: Report

Former Colombian President Alvaro Uribe will travel to Washington DC next week to meet with US lawmakers, reported Colombian weekly Semana on Thursday.

According to the weekly’s website, Uribe intends to talk to a number of lawmakers from both the Democratic Party and the Republican party, and even hopes to meet personally with US President Barack Obama.

The reported purpose of the visit is to seek support for his opposition to ongoing peace talks with rebel group FARC and what Uribe perceives as a political persecution waged against him and his political allies in the conservative opposition.

The former president has had one of the toughest weeks in his political career; His former spy chief was arrested in Panama to face a court ruling over alleged spying while the president of the “Uribista” Democratic Center party, Oscar Ivan Zuluaga, was interrogated over similar accusations.

Was Uribe Complicit In A 1997 Paramilitary Massacre?

As if that wasn’t enough, a Medellin court ordered the investigation of Uribe over his alleged complicity in a 1997 massacre while former presidential candidate Luis Alfredo Ramos is on trial for his alleged ties to paramilitary death squads.

The former president reportedly requested a four-day leave despite the fact that congress is scheduled to be in session to discuss and approve the Nation Development Plan for President Juan Manuel Santos’ second term.

According to Semana, it is an unusual for a senator to abandon congressional duties, especially in the week it returns from winter recess.

However, due to the recent controversy surrounding the DAS spying scandal and the consequent questioning of Uribe’s and his colleagues involvement, he reportedly filed a letter to congress asking for a license to abandon his duties and leave the country.

Semana said sources close to the government confirmed that Uribe filed a letter in which he informed the congress that he would travel abroad.

Congress president, Senator Jose David Name, and Congress Secretary General Gregorio Eljach have claimed that no request has been filed.

Uribe’s fellow Democratic Center party Senator Ernesto Macias only confirmed that Uribe will be traveling to Mexico to lecture at a university in Monterrey.