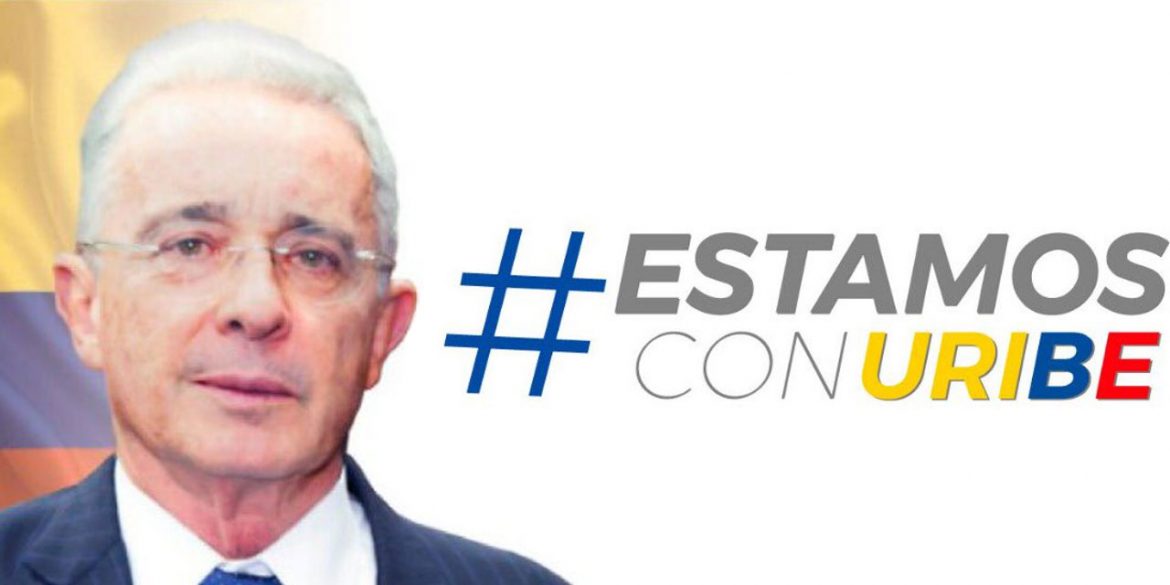 Supporters of former President Alvaro Uribe will take to the streets today to express their support of the controversial leader who is expected in court on Tuesday.

Sunday’s marches in Medellin, Cali, Barranquilla and Cartagena will be testing the water for the Bogota march organized for Tuesday when Uribe will be defending himself against fraud and bribery charges before the Supreme Court.

If Sunday’s marches draw substantial crowds, they would provide an indication of how much popular resistance the country’s Supreme Court may face while deciding whether the former president should be ordered to await the court verdict in liberty or in jail.

If they fail, they could cause an internal crisis in Uribe’s Democratic Center (CD) party three weeks before local and regional elections on October 27.

Either way, the marches are highly controversial because they support an admitted former associate of the Medellin Cartel and alleged founder of a death squad that left thousands of victims.

On Saturday, CD senators and party activists actively promoted the marches on Twitter under the hashtag #ALaCallePorUribe.

Opponents of the controversial former president responded with multiple hashtags that ended up trending in Colombia and burying the original initiative.

None of these online  initiatives indicate the possible success or failure of Sunday’s marches, they just show how the “uribistas” are opposed by a significant group of “anti-uribistas.”

So far, Uribe and his party have been unable to mobilize their base, but the stakes are high; the ruling party’s leader and the political patron of President Ivan Duque may go to prison with unforeseen consequences for the country.

While some of Uribe’s leftist opponents have rejected the marches alleging they would try to intimidate the court magistrates, the majority of political parties seemed less concerned and stressed that Colombians have the right to protest for whatever they wish.

With some exceptions, the organizers have refrained from using incendiary language and have stressed the marches are to support Uribe and demand a fair trial, and not to challenge the independence of the judicial branch.

But tensions ahead of Tuesday’s hearing are clearly growing and understandably so; never before has a former president appeared before the Supreme court on criminal charges.