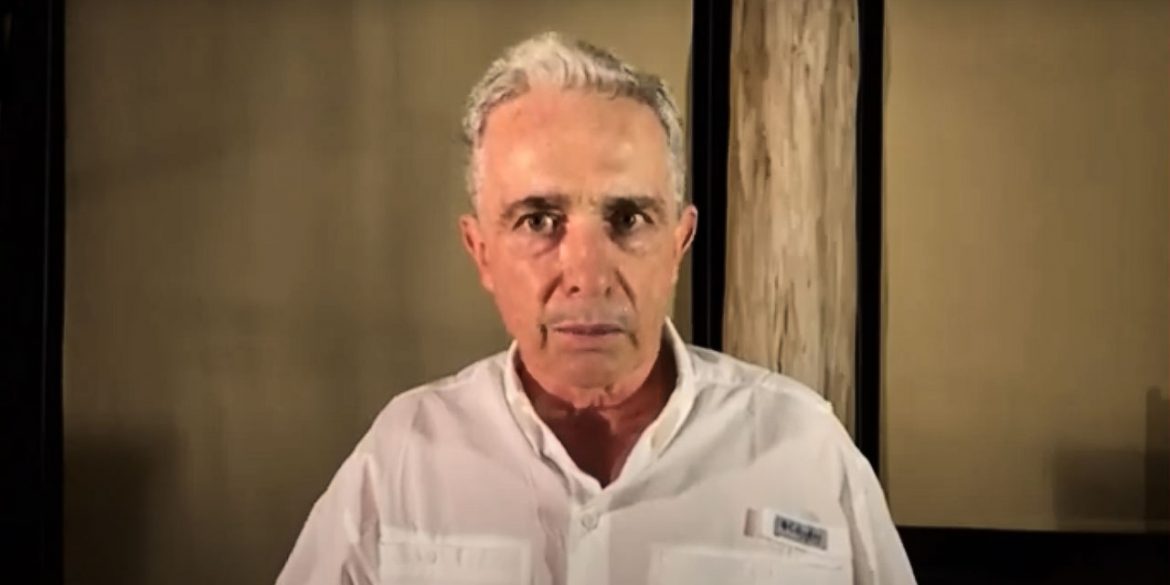 Uribe spending $40K / month to lobby his way out of court?

The son of Colombia’s former President Alvaro Uribe has hired a Washington DC lobbying firm for $40,000 a month while his father is sinking deeper into legal trouble, the Associated Press reported Sunday.

Uribe is most definitely in crisis as he is under house arrest on fraud and bribery charges, and facing additional charges he allegedly was complicit in three massacres, a homicide and election fraud.

The Uribe family apparently believes that political pressure from Washington DC may convince Colombia’s Supreme Court to drop the charges that have suspended his political career and put him away for life.

The far-right politician and former Medellin Cartel associate has long wielded political power with great talent, but has had the worst luck in court, despite witness assassinations.

The politician’s son signed the lobbying contract on August 20, according to a filing of the foreign agents registration act foreign citizens and companies must sign before being allowed to lobby US Congress.

Uribe has consistently tried to use political and public pressure to influence the court, which has been investigating him since 2018 after finding he may have bribed witnesses to file false charges against an opposition senator.

The former president and political patron of President Ivan Duque abandoned his senate seat earlier this month in the hope the Supreme Court will forward his case to the notoriously corrupt prosecution.

According to Uribe’s attorney, Jaime Granados, the Supreme Court is violating the former president’s rights, a claim that has been denied by the court.

The Supreme Court may decide to forward his case to the prosecution if it finds that the crimes the former president allegedly committed were unrelated to his work as a congressman.

Uribe’s son hiring a $40,000/month lobbyist indicated the president isn’t so certain depending only on the court, where his alleged attempts to buy more witnesses to get rid of the witness tampering charges only got him deeper in trouble.