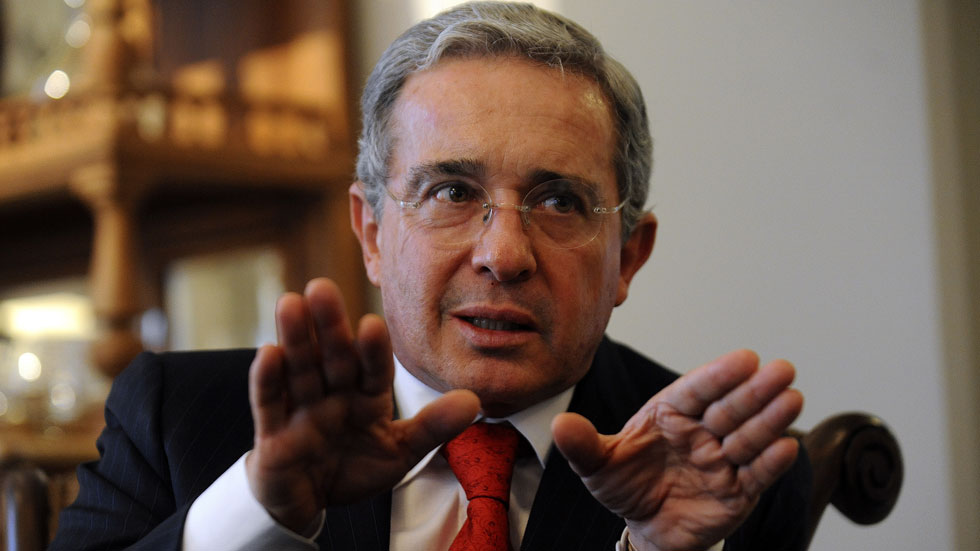 Colombia’s former President Alvaro Uribe surprised on Sunday presenting more proposed changes to a suspended peace deal with FARC rebels that are already in the pact, including most controversially, allowing war criminals the possibility to evade prison.

The former head of state had already informally presented four proposals, but three of those had also been already been signed by the FARC and President Juan Manuel Santos, Uribe’s political rival.

The five proposals are Uribe’s first formal contribution to the four-year formal peace talks after rejecting their legitimacy for “negotiating with terrorists” until his campaign succeeded in the public rejection of the signed deal in a referendum.

However, the former president stunned by again proposing adjustments that are mere specifications of the existing deal while neglecting to mention the 7 million victims left by the country.

Most controversially, Uribe said “we insist on the effective reclusion of between five and 10 years, a deprivation of freedom, even if this is in alternative sites like agricultural farms.”

The peace deal as agreed between Santos and the FARC already agreed to that, except that its maximum penalty for those who refuse to cooperate with transitional justice was set at 20 years.

Also in the formal points on coca eradication, land redistribution to benefit landless and poor farmers, and the FARC’s demobilization and disarmament, Uribe’s proposals did not conflict with what is already agreed on.

The only point where Uribe’s proposals conflicted with the peace deal is the community consultation that’s currently compulsory on indigenous territory for private enterprises, mainly mining and oil companies. Uribe seeks limitations to the consults “in order for them not to undermine the balanced development of the nation.”

Uribe announced “much more” proposals would come in the coming days and insisted he did want penalties for committers of drug-related crimes to be excluded from benefits proposed and agreed for war criminals.

However, both Santos and Uribe have urged for “urgency” as the current situation causes major instability in the countryside and has caused major tensions among Colombia’s deeply divided population.

The former president and representatives of other sectors in society will be delivering proposals the government, which will after agreement negotiate these with the FARC.

One the government convinced the FARC to agree to the proposed “adjustments and specifications,” Congress will then formally ratify the deal and the peace process can resume, putting an end to more than half a century of armed conflict between the state and country’s largest and oldest rebel group.