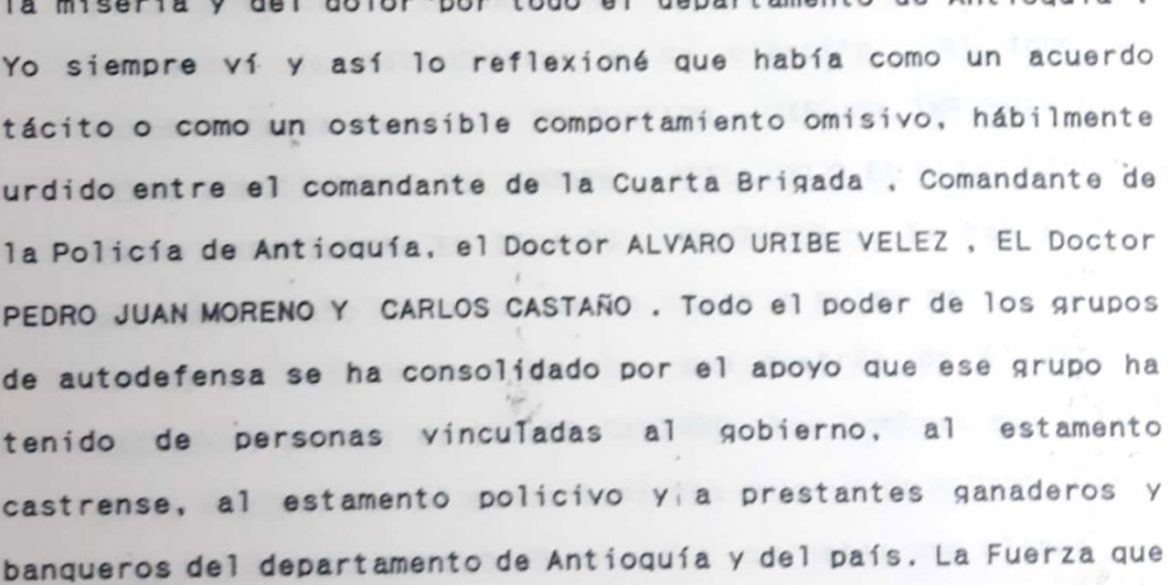 The investigation into the alleged complicity of former President Alvaro Uribe in three massacres and a homicide is increasing suspicion that Colombia’s banks were sponsoring terrorism.

W Radio released a testimony of Jesus Maria Valle, a human rights defender who was assassinated in early 1998 by AUC paramilitaries with the alleged complicity of Uribe.

Valle was assassinated two weeks after testifying before Medellin’s prosecution that he suspected that the former president, regional bankers and the security forces were colluding with AUC founder Carlos Castaño.

Demobilized members of the AUC have testified that the order to assassinate Valle came from Uribe’s former chief of staff Pedro Juan Moreno, who died in a mysterious helicopter crash after falling out with Uribe in 2006. 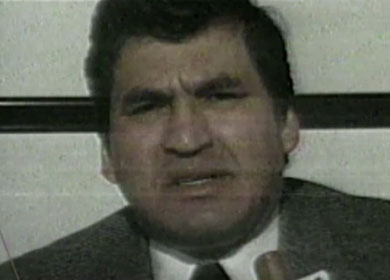 In his criminal complaint, Valle extensively told prosecutors about Uribe’s apparent refusal to prevent paramilitary massacres in La Granja and El Aro carried out while the former president was governor of his native Antioquia province.

According to Valle, the former president’s actions confirmed his belief that Uribe, who allegedly formed his own paramilitary group in 1996, was colluding with AUC founder Carlos Castaño.

I always observed and believed that there was like a tacit agreement or sustainable omissive behavior, skillfully concocted between the commander of the Fourth Brigade, the commander of the Police of Antioquia, Mr. Alvaro Uribe, Mr. Pedro Juan Moreno and Carlos Castaño.

Furthermore, Valle told prosecutors that large landowners and bankers were bankrolling the paramilitaries who were terrorizing Antioquia and expanding their activity to other parts of the country at the time.

All the power of the self-defense groups has been consolidated by the support that this group has had from people linked to the government, the military, the police, and cattle ranchers and bankers from the Antioquia province and the country.

This “macabre alliance” with death squads would not just have benefited the regional elite, but also drug traffickers who had taken over the cocaine trafficking routes from the Medellin Cartel of which Uribe was a long-time associate.

Behind Carlos Castaño, there are powerful men from the region. Because of the omissive behavior of Alvaro Uribe and Pedro Juan Moreno, I understood that there was a macabre alliance in Antioquia during these three years, that their pretext of ending the guerrilla has hit the defenseless civilian population and has strengthened the drug trade. 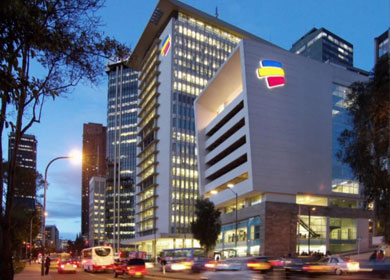 Medellin-based Bancolombia, Colombia’s largest bank, has already been convicted over its involvement in land theft carried out in collusion with the AUC and has been implicated in money laundering scandals since the early 1990’s.

The bank’s majority owners, Isaac Gilinski and his son Jaime, bought weekly Semana last year after which the magazine began trying to discredit former paramilitaries who have confirmed Valle’s accusations.

The former director of ranchers federation Fedegan and one of Uribe’s top generals, Rito Alejo del Rio, were sentenced to prison for their ties to the AUC, also confirming Valle’s presumably fatal claims.

The release of Valle’s final testimony further adds to the legal trouble of Uribe, who is not just suspected of being involved in the assassination of the human rights defender and the massacres he reported, but is also investigated for the alleged tampering of witnesses confirming the former president co-founded the Bloque Metro, that killed at least 1,800 people in Antioquia.

Last but not least, the Supreme Court is investigating the former president for his alleged role in a conspiracy between his far right Democratic Center party and the drug trafficking organization of Marquitos Figueroa to rig the 2018 elections in favor of President Ivan Duque.

The government has openly defied a Supreme Court order to place Uribe under house arrest. Meanwhile, piling evidence that both Uribe and Duque are complicit in terrorism activity and have ties to drug trafficking are depleting their public approval.