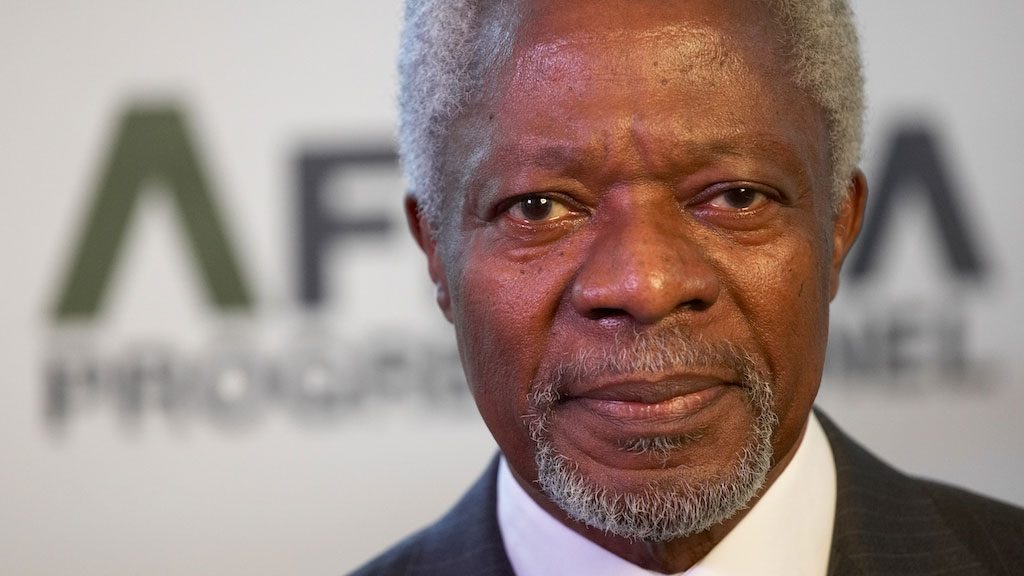 Uribe opens door for Santos after Kofi Annan meets both

Former Colombian President Alvaro Uribe said on Thursday that he is willing to meet with his successor, President Juan Manuel Santos, if this is bartered by former UN Secretary General Kofi Annan, who met with both rival politicians this week.

Annan, who presided the United Nations between 1997 and 2006, arrived in Colombia on Monday and has been engaged with the peace talks since then.

On Thursday, the former UN chief went to Cuba to meet with the delegates of rebel group FARC and the government that have been negotiating peace on the Caribbean state since November 2012.

The peace talks have forged a major rift between Uribe and his former defense minister Santos.

Uribe has fiercely opposed the talks, concerned about concessions granted to the FARC and the possible impunity for rebel crimes if the warring parties come to an amnesty agreement as part of a peace deal.

The FARC earlier this week added fuel to the fire by stating that no guerrilla fighter would go to prison in the event of a peace deal.

However, the rebel’s bold statement was rejected by the government, Uribe’s opposition Democratic Center party and Human Rights Watch.

Annan, who met with both Uribe and Santos on Tuesday, assured in a press conference held at the presidential palace that “all those who committed crimes should be held accountable.”

“However, justice should be adapted to Colombia’s context at the same time that it respects international laws,” the former UN chief said.

Before heading to Cuba, Annan told press that both Uribe and Santos want peace and that “the two should talk behind closed doors … to discuss their differences privately, find a way out and come to a consensus that will help the [peace] process and the country,” Colombian media reported.

Uribe immediately responded positively to Annan, saying that “if he helps so the Santos administration is receptive to the concerns of the Democratic Center we will put our faith in Kofi Annan because he has been very clear” about the necessity to impose justice on war criminals.

Santos, who on Wednesday said that Uribe is risking political isolation if he continues to reject the ongoing peace talks, said that his “objective — which is easier said than done — is the following: How to obtain peace with a maximum of justice.”

Colombia is a member of the International Criminal Court that has the possibility of prosecuting war crimes if this is not or not adequately done by Colombian authorities.