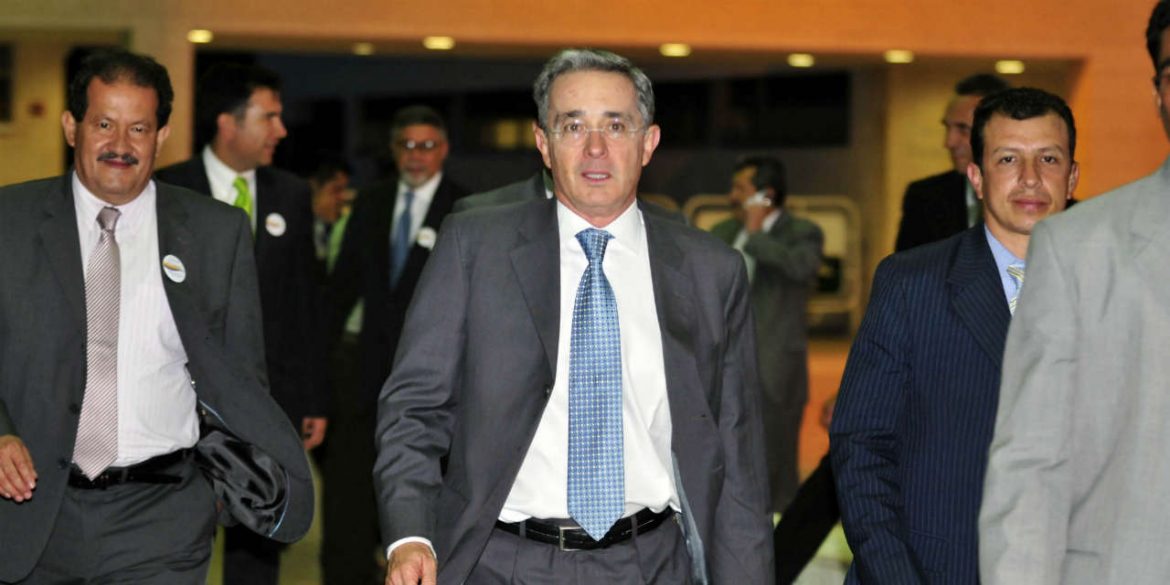 Colombia’s former president Alvaro Uribe accused British intelligence service MI6 of conspiring against him on Wednesday after he resigned from the Senate over an ongoing witness tampering investigation.

Uribe said on Twitter that wiretaps of him that would prove he influenced witnesses were “made by British agency MI5,” according to “various complaints.” He later corrected himself, saying it was actually MI6.

According to Uribe, the UK government’s foreign intelligence service is friends with outgoing president Juan Manuel Santos and that “foreign authorities are in on a ploy” against him.

The claims were part of a barrage of tweets sent out by the ex-president after he resigned from the Senate on Tuesday in an apparent panic reaction to a Supreme Court decision to interrogate him about the alleged witness tampering.

Arguably the most powerful person in Colombia, Uribe — who served as president from 2002-2010 — is currently being investigated for intimidating witnesses in a case which ties him to paramilitary death squads.

The ex-president has been caught up in messy accusations since he accused leftist Senator Ivan Cepeda of getting prison inmates to lie and say he was linked to paramilitaries.

Uribe’s claim was thrown out by the country’s Supreme Court — and they started investigating him for manipulating witnesses in February instead.

But the hard-right former head of state continued to falsely claim that Cepeda “paid witnesses against us” and that despite the fact he had a “right to dismantle” such testimonies, “political and journalistic pressure” prevailed.

He also said today on Twitter that despite his resignation, the Supreme Court will continue to investigate him. A spokesperson of the high court told Colombia Reports that this is “very probably” not the case.

The Supreme Court has jurisdiction over the investigations of elected officials, but after his resignation the Prosecutor General’s Office would be in charge to investigate him as an ordinary citizen.

One of Colombia’s most divisive figures, Uribe has continued to have a strong grip on the country’s politics by leading the Democratic Centre party and mentoring president-elect Ivan Duque.

Though the right-winger has frequently faced accusations that he has ties to criminal groups, including the now-defunct Medellin Cartel.