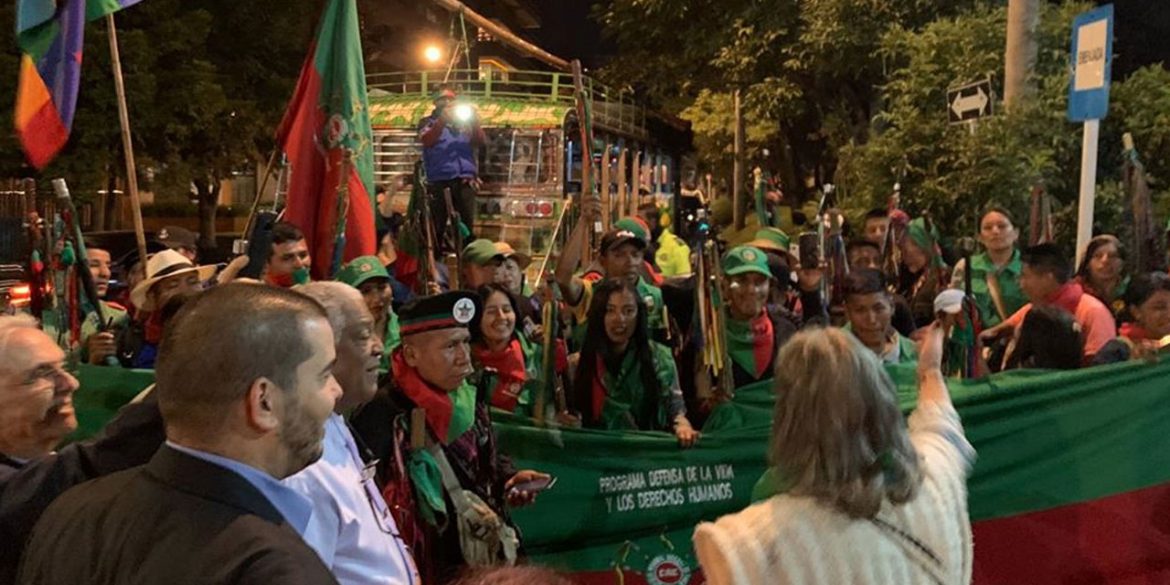 If Colombia’s President Ivan Duque doesn’t respond to native Colombians’ concerns before Saturday, 30,000 of them will travel to Bogota and “take” the presidential palace, a representative said Thursday.

The indigenous ultimatum is the latest escalation of pressure on Duque, who has been confronted with the biggest anti-government protests in more than four decades.

The patience of the native Colombians from the southwestern Cauca province ran out after government delegates were still holding off negotiations with social leaders on Thursday, two weeks after protests broke out throughout Colombia.

The indigenous joined the student organizations and labor unions in early November after one of their governors became the latest victim in a wave of deadly violence that have hit their communities.

We ask you to fulfill the commitments, the agreements that have been signed many years go, because if not we will leave in a caravan next week.

“This is the last warning and the last demand we make,” said Herney Flor of the Regional Indigenous Council of Cauca resolutely.

Hundreds of indigenous guards traveled to cities like Bogota, Medellin and Cali earlier this week to maintain order at anti-government protests that seek far-reaching policy changes from the government.

The strikes and protests have cornered Duque, whose approval rating has plummeted to 24% after only 15 months in office, according to the latest poll.

Duque’s refusal to negotiate has caused major cracks in his minority coalition and even within his far-right Democratic Center party, which received an electoral beating in local elections in October.

The president’s attempts to violently strike down peaceful protest and security forces’alleged use of terror tactics have only made things worse for the president.

The protests, in the meantime, have maintained momentum with ease as different organizations spontaneously join the strikes and protest against the increasingly weak president.