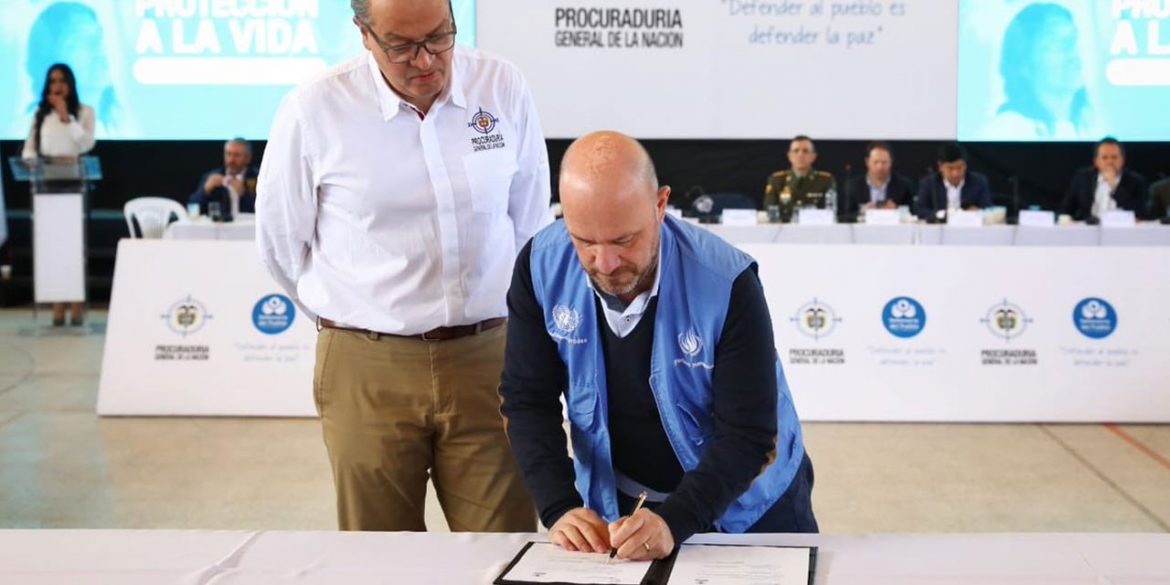 The United Nations has announced it will begin to work more closely to protect Colombian social leaders, who have in recent years been the targets of unprecedented violence.

The Colombian Inspector General and the Ombudsman agreed to work with the UN mission to Colombia to increase disciplinary action and allow the UN help with investigations.

The effort will begin with a series of “roundtables for life” across the country with community action boards, where many of the threatened social leaders work, and the agreements that have been signed at this point only represent a commitment to work together to address the violence.

The protection of the life of social leaders does not need more rhetoric. Actions and commitment are required to overcome this crisis.

According to a press release, there are currently disciplinary proceedings against mayors and governors for failing to act on the stigmatization of social leaders that will soon become public.

What we need is help within the investigations, as criminologists say, perfect crimes do not exist, what exists are imperfect investigations, and here we have lacked a lot in terms of investigation at the level of the murders of social leaders.

Letter of understanding with Inspector General

The targeted assassination of social leaders has been exponentially increasing, according to reports Somos Defensores. In the first quarter of 2019 violence against social leaders increased by 66%. In 2018, there were 155 social leaders assassinated and almost 600 hundred received death threats.

The problem has drawn attention from not just the UN, but also the International Criminal Court, which is considering opening a case, after social leaders and more than 500 supporters across Europe

The issue has also been in the spotlight in Colombia, where this week 3,000 social leaders gathered in a humanitarian refuge in Bogota, opened to demand increased international for the violence.