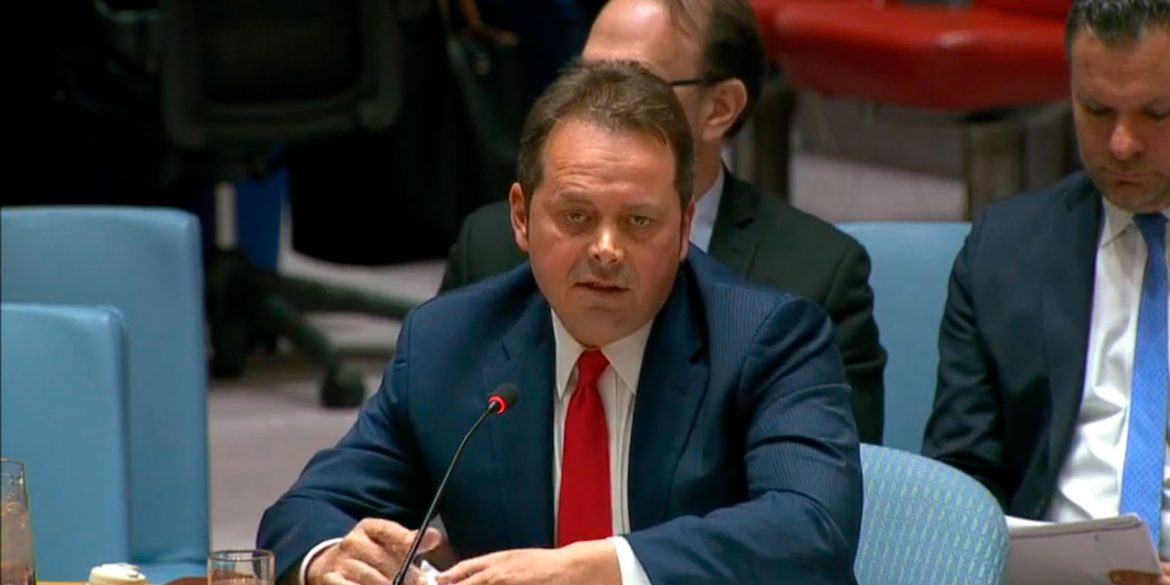 The United Nations’ mission chief told the Security Council on Monday that Colombia will not achieve peace “if the brave voices of social leaders continue to be silenced” and urged government action.

In the course of 2020, 15 social leaders have been assassinated in an exceptional spike in political killings, according to independent think tanks.

“On December 23, artist and social leader Lucy Villareal was killed in the Nariño department after conducting an artistic workshop for children and the killings of former FARC-EP combatants resumed on the very first day of the year with the death in the Cauca department of Benjamin Banguera Rosales,” Ruiz highlighted.

Mr. President, peace will not be fully achieved if the brave voices of social leaders continue to be silenced through violence and if former combatants who lay down their weapons and are committed to their reintegration continue to be killed.

Ruiz additionally warned that “the pervasive violence in conflict-conflicted areas continues to threaten the consolidation of peace as illustrated by several profoundly worrying developments in the last few weeks.”

The chief UN peace observer referred specifically to western Colombia where ELN guerrillas are fighting paramilitaries of the AGC, allegedly in collusion with the National Army.

Deny this, Duque: ‘Colombia’s military is working together with narcos’

In his report, the Secretary General warned of the risk of more widespread violence in the department of Choco due to the activities of illicit armed groups. These past two weeks communities in Bojaya, a municipality historically affected by conflict denounced that illegal armed group Autodefensas Gaitanistas de Colombia had occupied territories and confined several communities while other communities in the area remain affected by the activities of the National Liberation Army, ELN.

Both Ruiz and UN Secretary General Antonio Guterres have been stepping up pressure on the Duque administration to implement the peace deal that is opposed by the president’s far-right Democratic Center party.

The UN mission chief stressed that the underlying causes of violence, like state neglect and illicit economies, are “addressed in the different parts of the peace agreement. This is yet another reason to advance urgently with its full implementation.”

Colombia’s peace process kicked off in late 2016 and is supposed to last at least a decade. The Duque administration’s failures to comply with the deal and government delays in its implementation, however, have allowed the resurgence of violence in areas historically affected by the armed conflict and political violence.