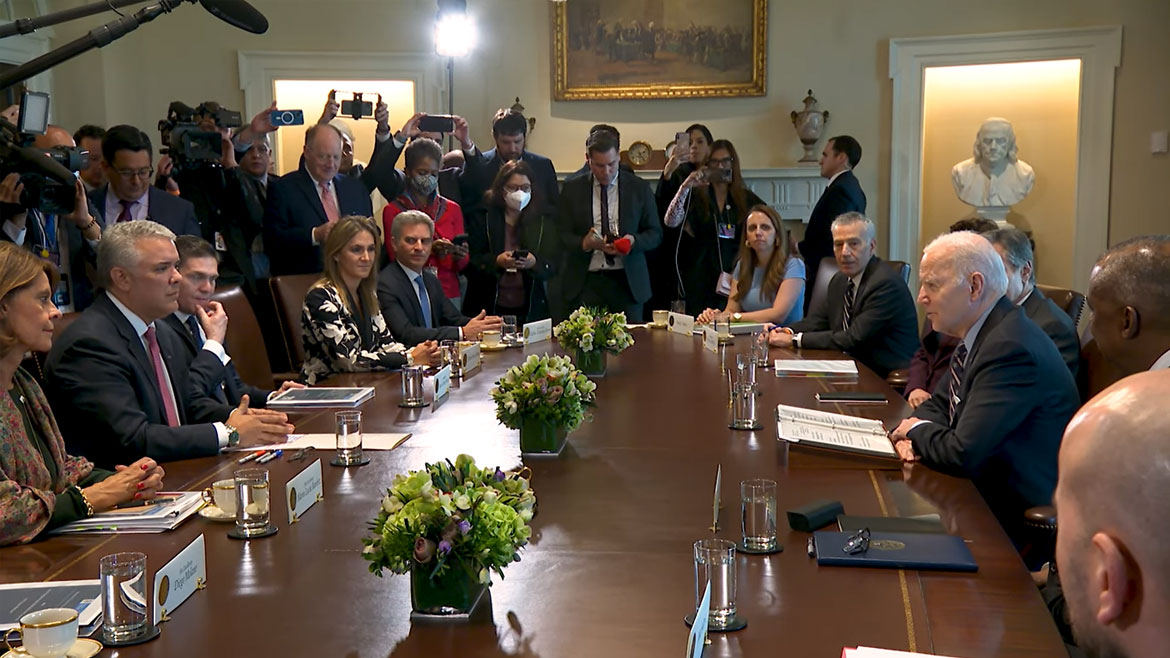 During the public part of the meeting, Biden told Duque that the US Government will grant Colombia the status of major non-NATO ally.

“This is a recognition of the unique and close relationship between our countries,” the US president told his Colombian counterpart.

The exact nature of this relationship had become unclear after Russia invaded its neighbor in late February.

Senior US officials traveled to Venezuela, Colombia’s neighbor to the east, in response to the invasion.

The visit was met with surprise in Bogota, which refuses to recognize the legitimacy of Venezuelan “dictator” Nicolas Maduro.

Ahead of the meeting in the White House, Duque reiterated that his government would not consider resuming broken ties with Caracas.

The Colombian president did not raise the issue after Biden reiterated the importance of strong ties between Washington DC and Bogota.

What does Major Non-NATO Ally mean?

Governments with the status of “Major Non-NATO Ally” can count on increased cooperation from the United States’ Department of Defense.

Colombia would be the third country in the Americas to be given this status after Mexico and Brazil.

Biden also announced that the US Government would give Bogota another 2 million COVID-19 vaccines.

These shots would be meant for the approximately 1.8 million Venezuelan migrants who have fled to Colombia since 2015.