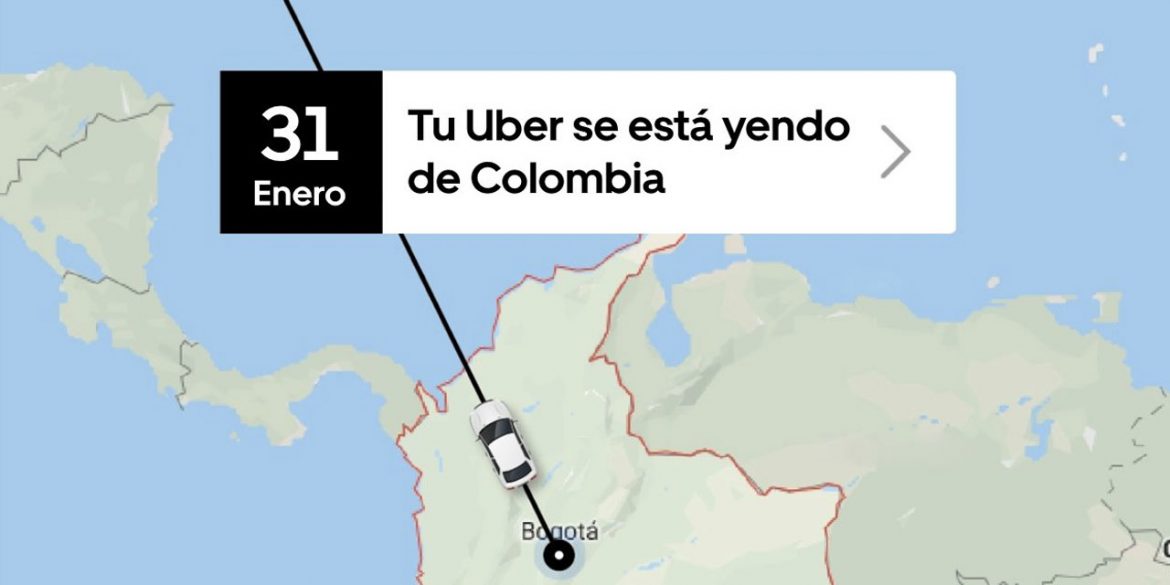 Uber to suspend services in Colombia on February 1

Uber Colombia announced it would suspend its services in Colombia on February 1 while resolving a dispute about its alleged violations of the law with the government.

The company’s announcement follows a day after the government said that the company had sued the country before an international arbitration commission over a suspension order issued in December.

The Superintendency for Industry and Trade ordered the company to “immediately” suspend its services, claiming a local taxi company’s claim that Uber was engaging in unfair competition was grounded.

The taxi app initially appealed the decision before a court in the capital Bogota, but later decided to sue Colombia before the World Bank’s International Center for Settlement of Investment Disputes (ICSID) on claims the suspension order violated the free trade agreement with the United States.

According to newspaper El Tiempo, State Defense Attorney Camilo Gomez said that Uber failed to fully formulate its ICSID suit that would justify its claim that “Colombia is failing to comply with its obligations enshrined in the treaty.”

But by invoking the ICSID, Uber forces the national government to negotiate a solution that could include revised legislation to prevent a court confirmation the company is violating fair competition laws.

With its announcement to suspend services, the US company increased pressure on the government ahead of the negotiations, particularly in Bogota where the app is most popular.

On Twitter, Uber kicked off a propaganda campaign demanding “a solution for Uber now,” which went viral almost immediately.

The US company has long claimed that Colombian Government and Congress have failed to modernize legislation that would allow the company to offer its services in the country in compliance with the law.

The taxi app’s problems to comply with regulations in Colombia have been dragging on for years and are not unique to Colombia.

A regional court in Germany sunk Uber’s deal with taxi drivers in December last year after another court banned its core services in 2015.

In November last year, a London court revoked its license after concluding it wasn’t “fit and proper” to provide taxi services for failing to properly vet drivers. Also in the British capital the service reportedly continued operating while awaiting an appeal.