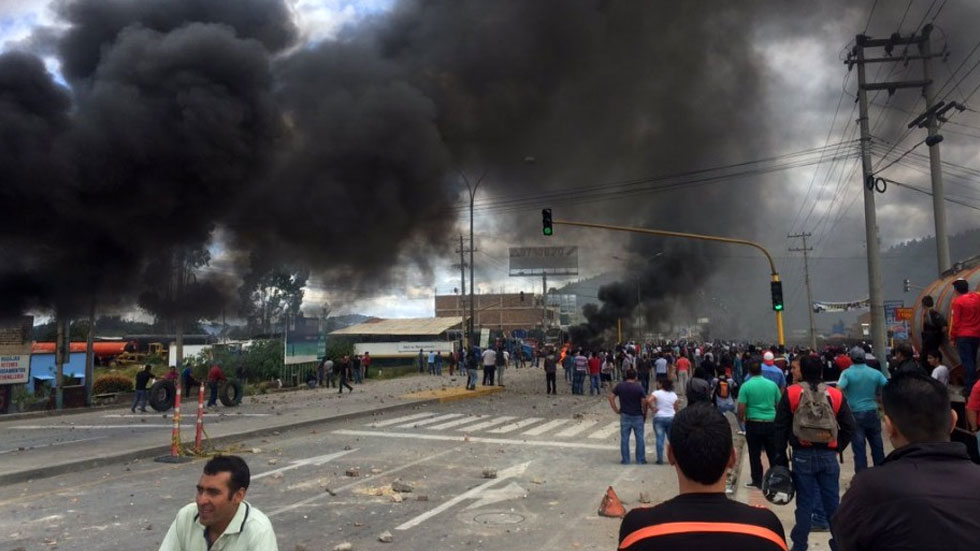 The town halls of two municipalities in central and northeast Colombia were attacked and one was destroyed when protests turned violent.

The incidents took place in Puerto Santander, a town on the Venezuelan border, and in Duitama, Boyaca, where striking truckers avenged the death of a protester.

Colombia’s truckers have been protesting for over a month amid increasingly grim circumstances.

Tensions came to a boil on Tuesday across the country, but particularly in Duitama where a protester died in clashes with the police.

According to the truckers, the man was killed by riot police while authorities said the victim could have been manipulating explosives.

Either way, the violent death of the protester spurred a violent response and an angry mob attacked the city hall.

Local authorities immediately imposed a curfew while the Prosecutor General’s Office announced criminal charges against the leaders of the strike, who have been negotiating better working conditions for more than a month.

In Puerto Santander the violence targeting the authorities also followed a police operation, this time to curb ongoing smuggling in the border region.

In response, locals “looted the town hall, they destroyed it, burned it,” the town’s priest told local radio.

According to the religious leader, the protesters want the authorities to stop carrying out anti-contraband operations as many in the lawless region depend on smuggling practices to sustain their families.