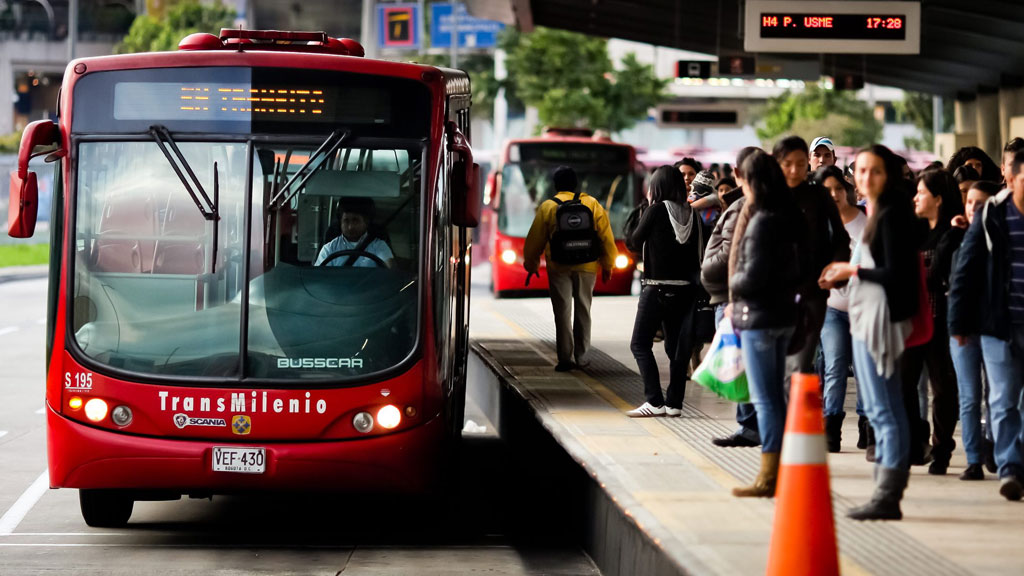 Bogota is one of the few Latin American capital cities that has no metro. Instead, the city has the Transmilenio, a bus rapid transit system, transporting more than 2.4 million people every day.

Since the beginning of its operation in 2000, Transmilenio has grown to run some 1,300 buses that cover 11 routes and carry almost one third of Bogota’s total number of inhabitants.

A network of more than 500 smaller buses connect the city’s neighborhoods to the Transmilenio’s 117 stations.

Despite its extensive network and capacity, Transmilenio is heavily criticized for its overcrowded buses. The local and the national government are looking into possibilities to of adding a metro or light-rail system to the existing public transport possibilities.