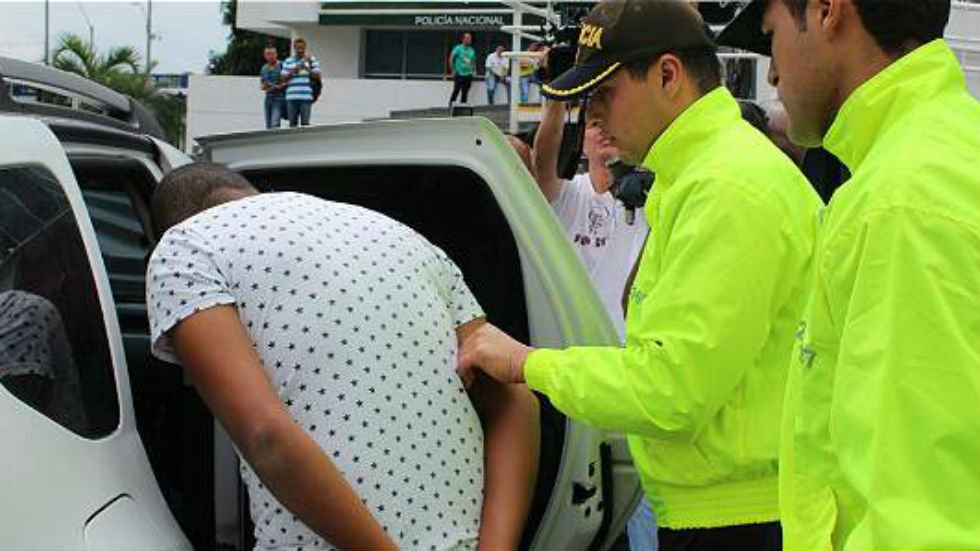 The crime lord, alias “Tombolin”, who is the leader of the criminal gang “La Terraza”one of the original groups former by ex-drug kingpin Pablo Escobar was arrested in the municipality of Envigado.

The arrest came following an operation coordinated by Interpol, along with the Prosecutor General’s Office and the Metropolitan Police who received a tip off from locals, reported El Tiempo.

“Tombolin was a strategic objective for the National Police, due to the effect that his capture will have to the structure of the organized delinquent group ‘La Terraza’ and its interference in the criminal activities in the metropolitan area of ​​the valley of Aburra,” said authorities in a statement to the media.

The Medellin crime boss is currently being held under investigation for several felonies including murder, extortion, drug trafficking and weapons dealing.

He is also suspected to be responsible for the murder of a policeman in 2008.

“This subject has an arrest warrant for aggravated felony counts and homicide. According to the investigations, he is accused of being the co-perpetrator of the murder of Rodolfo Gaviria Barragán, who was an active member of the National Police in 2008,” read the police statement.

“Tombolin” has been an active member of Medellin’s criminal underworld since the 1980’s, when he became the leader of the criminal gang La Terraza.

Since then, La Terraza has grown to become one of the “supercombos” of Medellin, controlling more than 30 smaller gangs in Manrique and Aranjuez, respectively the city’s third and fourth district.

Medellin authorities admitted their satisfaction following the operation claiming that the capture ranks highly in their efforts to take down the structure of the organisation that dominates the city and some of the surrounding areas.

“He is at the level of his former chiefs, ‘Douglas’, ‘Barney’ and ‘Pichi Gordo’, currently detained,” said a source from the authorities, reported El Tiempo.

The arrest of Tombolin comes as Mayor of Medellin, Federico Gutierrez leads a tough anti-crime stance in the city which has targeted the Oficina de Envigado in particular.

Gutierrez recently claimed that he has become a target of these syndicated gangs whom are currently aligned with paramilitary successor group AGC and control most the city’s extortion rackets and drug trafficking operations.