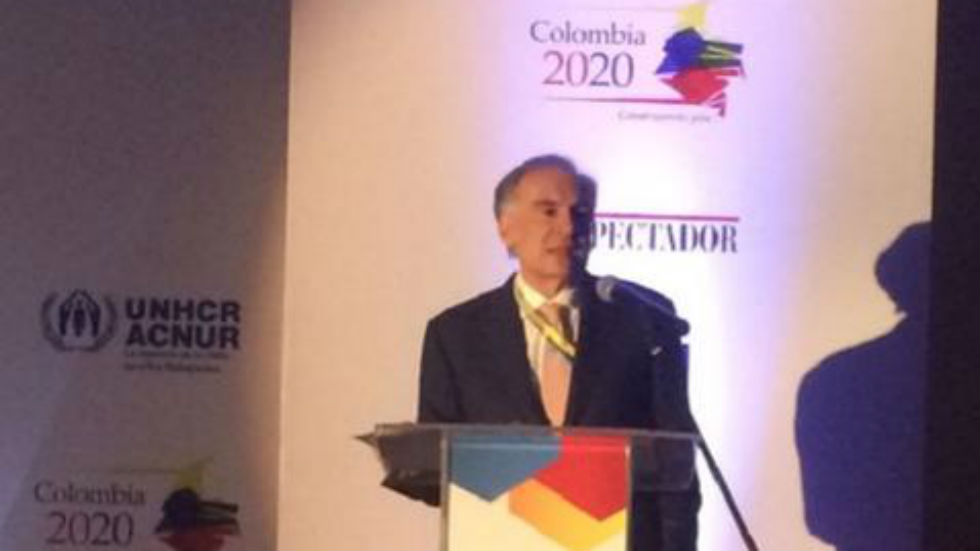 Only 45% of disarmed FARC members left in reintegration camps: UN

Only 45% of some 8,000 demobilized FARC rebels remain in government designated reintegration spaces, according to the head of the United Nations (UN) mission in Colombia who spoke at a national meeting of Colombia2020 on Tuesday.

Jean Arnault lamented the failings of the Colombian government to provide sufficient resources for the reintegration of ex-combatants, many of whom have already left the Territorial Spaces for Reincorporation and Training (ETCRS) in disillusionment.

Arnault highlighted the lack of an “accurate perspective for the long-term productive reintegration that mostly affects the confidence of ex-guerrillas in the reincorporation.”

The UN peace chief blamed the failures of the police, Prosecutor General and the judicial system to update their databases, which has led to ex-FARC combatants “still being detained by the National Police, having difficulty accessing the banking system or signing contracts with the State.”

In addition, he highlighted the shortcomings in the medial care provided for ex-guerrillas some of whom are disabled and chronically ill.

Arnault clarified that in 10 of the 26 ETCRs, 22 productive projects for the reintegration of the demobilized FARC members are ongoing with support from universities and local authorities.

However, the head of the UN mission re-emphasized that “all these activities can not eclipse the fact that to date, a very high percentage of former members of the FARC are no longer in the ETCRs.”

The United Nations Security Council agreed in July of this year to continue monitoring and verifying Colombia’s peace process for another three-years amid security concerns related to the FARC‘s political and social integration.

The process of reintegration has been littered with problems from the beginning, mainly due to the inability of the government to deliver what it promised in the original peace agreement with the FARC, much to the frustration of international observers.

While Arnault admits that some of the former combatants left the designated zones to reunite with family, he lays the blame at the door of the administration of President Juan Manuel Santos for the loss of confidence in the process.

A number of ex-guerrillas have wanted to meet with their families, do politics, seek reintegration on their own, among others. However, the greatest determinant of the departures is, in fact, according to the interviews conducted by the Mission, the loss of confidence in the perspectives offered by the ETCRs, many unfulfilled expectations for a long time.”

When the FARC fighters presented themselves at the camps for demobilization in December last year, the camps had not been finished. Also the guerrillas’ disarmament was delayed after the government failed to provide the containers to store abandoned arms.

The security forces have come under fire for failing to effectively assume control in territories abandoned by the FARC, allowing other illegal armed groups to fill the power vacuum.

The inability to provide adequate security against paramilitary groups and drug trafficking gangs has led to the slaughter of over a hundred community leaders, activists and ex-guerrillas since the peace deal was signed last November.

The leadership of the FARC, which has since become a political party, has fiercely criticized the government for failing to provide the means for collective reincorporation programs like farming or fishing projects that would prevent guerrillas from deserting.

The guerrillas demobilized some 14,000 men and women in an attempt to end more than half a century of armed conflict between the state and the Marxist rebels.

The failure of the government to advance the reintegration of the FARC may, as Arnault warned see them “gravitate towards illegal economies,” as he noted that this happened “to a certain extent in Colombia after the demobilization of the paramilitaries in the 2000s.”