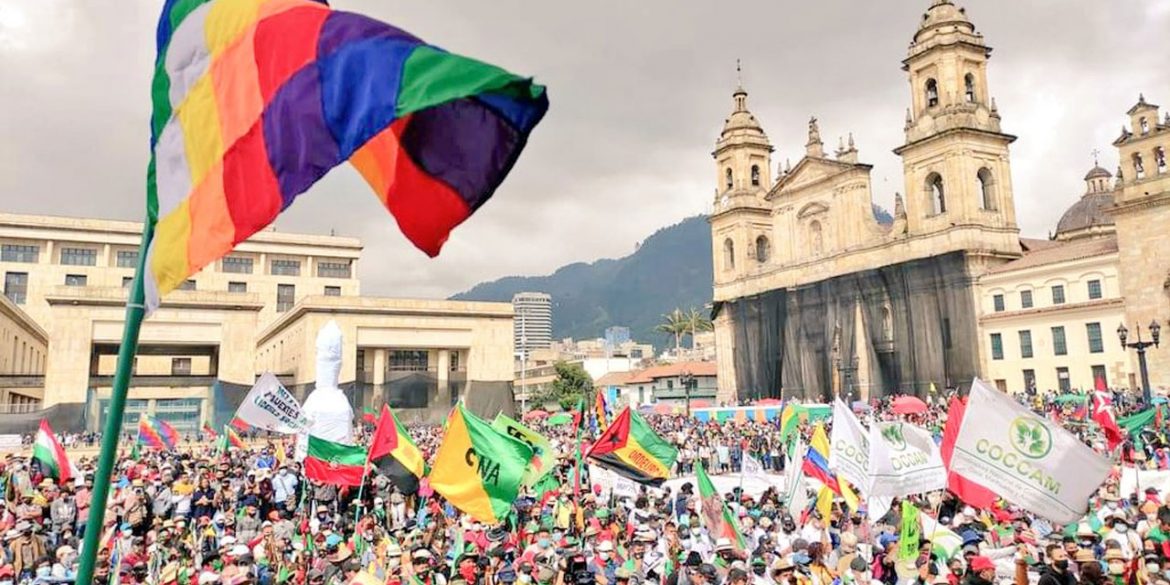 Three days of anti-government protests in Colombia’s capital Bogota culminated in a national strike on Wednesday.

Indigenous from the southwest of Colombia who first took Bogota’s central Bogota Square on Monday and on Tuesday were joined by teachers were joined by labor unions, students and other social organizations on Wednesday.

For the first time since far-right President Ivan Duque took office, police did not try to violently repress the peaceful protests against the increasingly authoritarian government.

A Supreme Court order to respect the right to protest and prevent police brutality left Duque with no option but to allow the latest protests against his unpopular government.

Unarmed indigenous guards rather than police maintained order during Wednesday’s rallies in Bogota where Mayor Claudia Lopez had welcomed the native Colombians on Monday.

Efforts by the president’s far-right Democratic Center party to prevent the protests failed while government officials attempts to accuse the indigenous of being infiltrated by “terrorists” fell on deaf ears.

The indigenous protesters said they would return to their reserves in the southwest of the country after their latest move to convince the far-right president into talks about the surrender of indigenous lands, the implementation of a 2016 peace deal and respect for democracy.

Will a fashion show stop the mass killing of Colombia’s indigenous?

As expected, Duque refused to engage in talks with the native Colombians who claim to be the victim of a genocide. Indigenous spokespersons told press they considered their “minga” a success a it had demonstrated the president’s misrule.

While the indigenous began their journey home, anti-government protests were ongoing throughout Colombia where tens of thousands of people showed their inconformity with Duque.

Mounting evidence of corruption, election fraud and ties to drug traffickers has eroded the legitimacy of the government, which has increasingly resorted to abuses of power in an attempt to maintain authority.