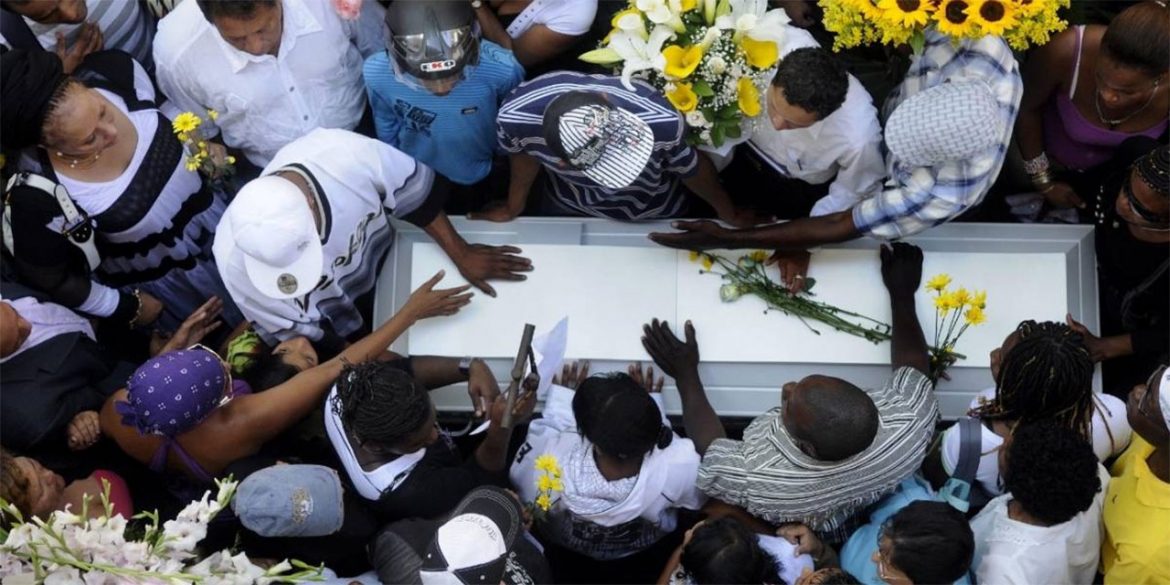 Colombia’s social organizations called for a day of protest on Friday to mourn 311 social leaders and human rights defenders who have been assassinated since 2016.

Citizens and groups announced protests across Colombia and 25 cities around the world for Friday to demand government action against the violence.

Human rights activists are being murdered in Colombia on a daily basis since elections day. We ask the international community to help us and demand the government to protect these people that are being killed by paramilitares. Don't leave us alone. #NosEstánMatando pic.twitter.com/xwjlA0jlnh

The United Nations rejected the wholesale killing on Thursday and “urged the Colombian state to reinforce prevention, protection and investigation measures to guarantee Colombians’ right to life and integrity in all corners of the country.”

The upsurge in violence affects the conditions for a genuine, stable and lasting peace.

The UN, which is monitoring Colombia’s peace process, said it “continues to support human rights defenders, and social and community leaders within its respective mandates.”

The country’s ombudsman said Thursday that 311 human rights defenders and social leaders have been murdered since the beginning of 2016, the year in which the government signed peace with FARC guerrillas.

Since then, violence targeting community leaders and human rights defenders has spiked, particularly in regions where the FARC’s demobilization and the state’s failure to assume territorial control.

Protests in the Americas