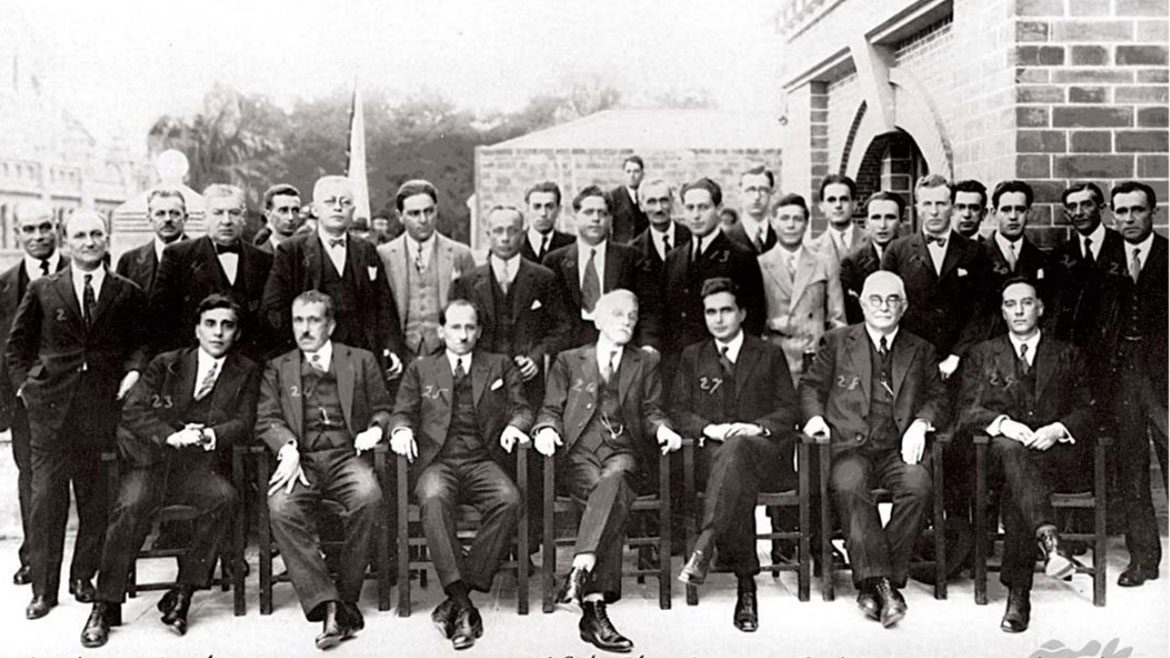 The role of fascism in Colombia | Part 1: the coffee corporatists

No coffee farmer in Colombia is allowed to export coffee without paying the mighty coffee federation, historically one of the main promoters of fascist economics.

From Rome to Bogota 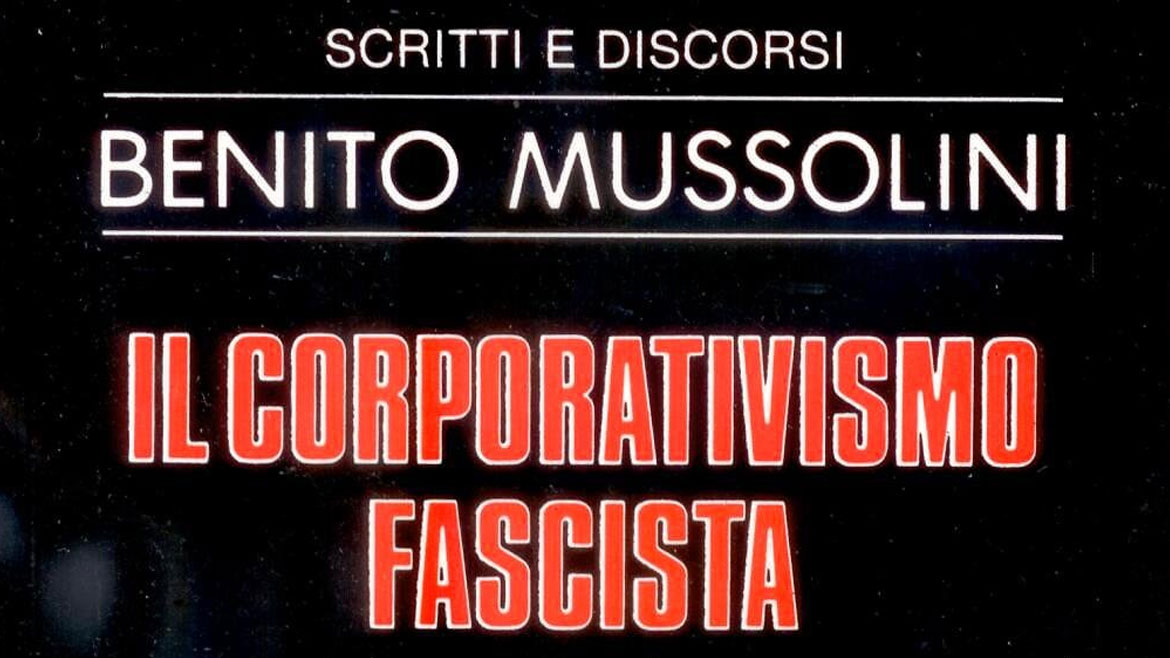 “Corporatism” was originally invented by the Catholic Church in the late 19th Century to counter capitalism with a neo-feudal economic model that sought to maintain a medieval class system.

Mussolini adopted the idea to create corporations that controlled the different sectors of the economy in coordination with the State and the Catholic Church.

Two year after the creation of Fedecafe, the national government gave the federation control over the government’s National Coffee Fund (FNC).

By funneling public funds to the federation’s FNC, the coffee growers and the Church were able to control the economy and maintain order in coffee-growing regions where the government had virtually no control.

Fedecafe opened its first office in New York City in 1930 to promote the sale of Colombia’s main export product in the world’s biggest and most competitive consumption market. 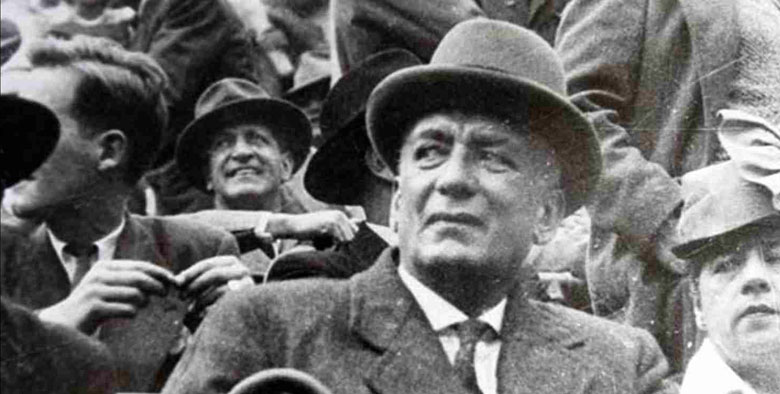 At home, the coffee federation and “similarly organized structures” were “auxiliary bodies dependent on the State” that used government funds to create “parastates,” according to historians.

Consequently, “the legitimacy and functioning of the State basically or exclusively depended on the activity of non-competitive, hierarchically ordered corporations” representing a single agricultural sectors like coffee.

The defeat of Nazi Germany and fascist Italy ended corporatism in northern Europe, which was divided in a capitalist west and a communist east.

Colombia’s Conservative Party and corporations like Fedecafe refused to renounce fascism and — with the support of the Catholic Church — continued to reject both capitalism and communism.

In the face of the painful and desolate outlook presented by the post-war period, the corporatist idea — the sole source of charity and virtue — will be the bulwark to which nations will turn for their final reintegration. The world will understand by force that hatred neither constructs nor redeems, but that love is the call to reconcile people’s will and direct men’s powers well. The corporatist idea shows itself in the current circumstances as the north star that will guide our destiny to a higher goal!

Thus an order arises which, in the absence of corporate organizations with competing interests, would give national capitalism a rigidly oligarchic form.

The murder triggered a civil war between the Conservative Party and business associations like Fedecafe that controlled the government and much of the economy on one side, and liberals and socialists on the other.

Rojas’ achieved to end the partisan bloodbath in 1958, but failed to fortify the weakened State that increasingly relied on Fedecafe to quell opposition against “the oligarchy.”

All the while, the federation maintained its monopoly as sole trader of all Colombian coffee at what Fedecafe called “a fair and transparent price that is based on current international prices.”

Under the leadership of Medellin oligarch Arturo Gomez, the coffee federation created the brand “Juan Valdez” in 1960 to promote its coffee in the United States.

Colombia’s coffee growers were starving, but Fedecafe controlled the entire supply chain and was able to publish a number of fancy ads in the New York Times.

A 1975 crisis in Brazil saw Fedecafe’s income boom, which caused tensions with late President Alfonzo Lopez who wanted to use the increased export revenue to develop the national economy.

Lopez’ socioeconomic policy adviser at the time, Jorge Cardenas, succeeded Gomez in 1982 after the election of conservative President Belisario Betancur.

Cardenas didn’t know anything about coffee, but the federation bosses were reportedly pleased with how the former presidential adviser defended their private interests while being paid to advise on public policy.

A man who had never owned a coffee farm, much less planted a single coffee plant, became a key player in the Federation to the point that when the time came for the transition in 1982, Belisario Betancur — with the support and consensus of the sector — found it easy to appoint the new CEO, who was also his friend of many years.

The Comptroller General of the Republic quickly found that Fedecafe was spending the government’s FNC funds with “a high degree of inefficiency and low profitability,” but was ignored.

This became a major problem in 1989 when the ICO was forced to end its price fixing practices despite fierce international lobbying by Gomez and former President Cesar Gaviria.

Global coffee prices dropped and Colombia’s coffee farmers plunged in a crisis, yet Fedecafe refused to loosen its absolute control over the production and export process.

In 1995, the federation introduced its Specialty Coffee Program, which banned the trade in coffee that didn’t meet the quality standard set by Fedecafe.

The federation used the subsidy to compete with capitalist corporations like Starbucks that was now also allowed to sell Colombian coffee, but failed.

Gomez resigned in 2002, leaving the coffee sector in one of its worst crises ever.

An independent economic commission urged to end the federation’s totalitarian grip on the coffee sector in 2014, claiming Fedecafe’s monopoly was corrupting free trade.

Mission for the Competitiveness of Coffee

After initial fierce resistance, Cardenas was able to convince the federation to agree to “the most profound and far-reaching reform in decades” in 2015.

This reform lifted the federation’s ban on the trade of lower-quality coffee and allowed producers to export coffee as long as they payed taxes to Fedecafe.

And the treasury continues to leak

Colombia’s farmers were not allowed to sell their coffee abroad with the “Cafe de Colombia” brand unless they paid an extra annual free to the coffee federation.

In return, Fedecafe agreed to come up with “initiatives that generate income and development opportunities” for coffee growers who agreed to continue selling their coffee to the federation.

The Agriculture Ministry allocated Fedecafe $2.7 billion (COP10 billion) from the National Budget to the FNC, which the federation continued to manage.

Santos extended the coffee federation’s control over the FNC by another 10 years in 2018 and granted Fedecafe another $2.1 million one month before leaving office.

The coffee federation was still not able to compete on the international market. Fedecafe couldn’t even compete against foreign coffee producers who came to dominate domestic consumption.

Internationally, the coffee federation claims to be “democratic,” which it is not, and claimed to represent coffee growers who are not allowed to join the organization and growing “illegal” coffee.

Fedecafe said in 2018 that it represented 540,000 coffee growers. Some 215,000 of these farmers, however, were banned from doing business with the federation because they didn’t own land.

Our work is dedicated to the highest values, ethical principles and international standards; we have an organizational culture with a high vocation of service to the coffee growers of our country. Our governance model, policies, standards and procedures allow us to be an organization recognized for its transparent actions and its commitment to generate value for its different stakeholders.

Notwithstanding, the coffee federation was awarded a “Leadership Medal of Merit” by the Coffee Quality Institute and a “Sustainability Award” by the Specialty Coffee Association in 2018.

The federation said last year that it had spent $80 million in “public good and services” from the public funds that CEO Roberto Velez claimed to be Fedecafe’s funds.