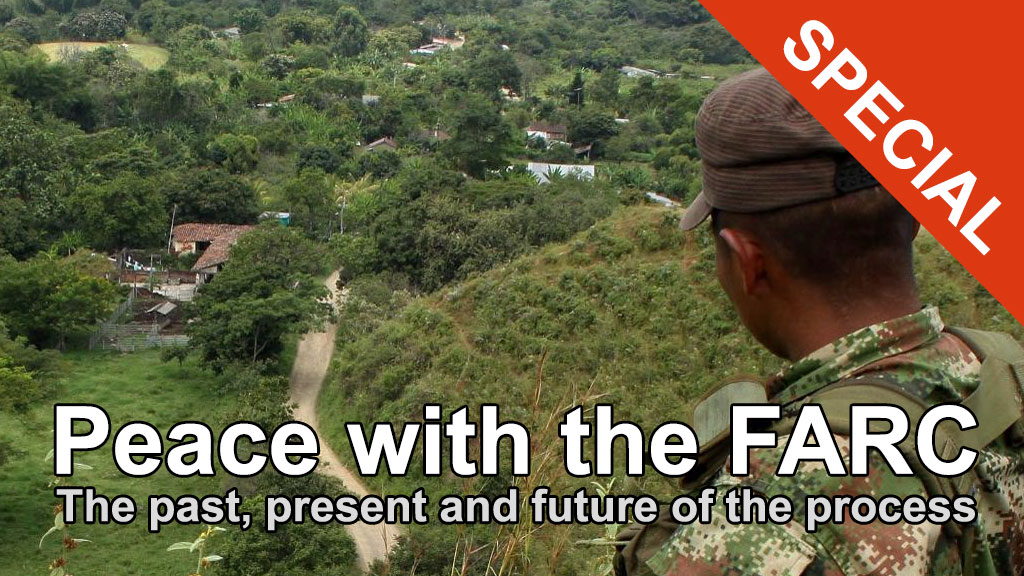 Parts of Colombia will continue to be at risk of guerrilla violence after an eventual peace deal with FARC rebels, especially in areas where guerrilla units are closely connected to criminal activity.

The demobilization of the guerrillas is part of the peace agreement that is scheduled to be finalized by 23 March 2016. Unless talks fall apart, the guerrilla group will disarm, reintegrate into civilian life and be permitted to participate in politics.

However, the FARC is made up of about 65 fronts and there exists a risk that some members may choose to split from the central organization, refusing to demobilize. 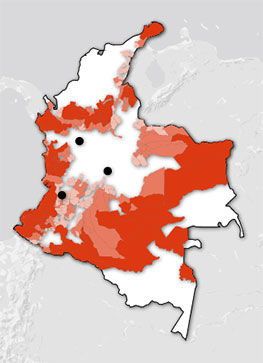 Ariel Avila, co-founder of conflict monitoring Peace and Reconciliation Foundation, expressed a concern that some areas of the country could represent a risk when it comes to fronts of the FARC not demobilizing.

“It is possible that it could happen in Vichada,” located in the eastern plains of Colombia and where the 16th front of the FARC operates.

Choco, where the 57th front is present, is also a risk for continued FARC activity, according to Avila.

Added to the researcher’s list of risks is the 44th front in Guaviare and Meta, in the southern central region of Colombia.

Avila also suggested that the pacific coast of Nariño is a risk area for continued guerrilla activity.

The 1st front reportedly told locals in Guaviare that they were not going to demobilize.

Vice reported that a young guerrilla had said that “El Paisa,” the chief of the Teofilo Ferero mobile column will not demobilize because he “is against the peace negotiations.” El Paisa operates in the Caqueta and Huila provinces.

Avila explained that areas where illegal coca production and illegal mining are rife are potential risk factors for Colombia’s peace.

The FARC have long funded their guerrilla activity through the illicit drugs trade. There is a risk that some fronts who have lost touch with the socialist ideals of the organization will not be willing to give up this lucrative business in exchange for a peace deal and a career in politics.

According to a UN report on Colombian coca production, in 2014 25% of the coca fields were located in Nariño, one of the risk areas named by Avila.

The same report found that 3% of coca fields were found in Choco, 8% in Guaviare, 7% in Meta and 1% in Vichada.

In these risk areas highlighted by Avila “other illegal armed groups,” like the paramilitary Urabeños and the guerrilla group ELN, operate. This is a factor which could present a challenge to peace, causing a “relapse” of violence, according to Avila.

Though Vichada and Meta contain a relatively small percentage of coca fields, the risk of continued violence in these areas could be provoked by neo-paramilitary groups, the Liberators of Vichada and Bloque Meta.

If the FARC demobilize in these areas and the Colombian military do not step in immediately, illegal groups could take the opportunity to seize power in the FARC’s previous strongholds.

The Peace and Reconciliation Foundation are also worried about “locals who do not agree with the peace process” and fear there could be an “armed resistance,” emphasizing the importance of raising awareness of the positive aspects of the peace process in some areas, particularly “the south of Cordoba”, in the northern region of the country.

Despite the “many post-conflict challenges” that Avila flagged and the potential risk areas for continued guerrilla activity he is confident that the negotiations are “on the right track.”