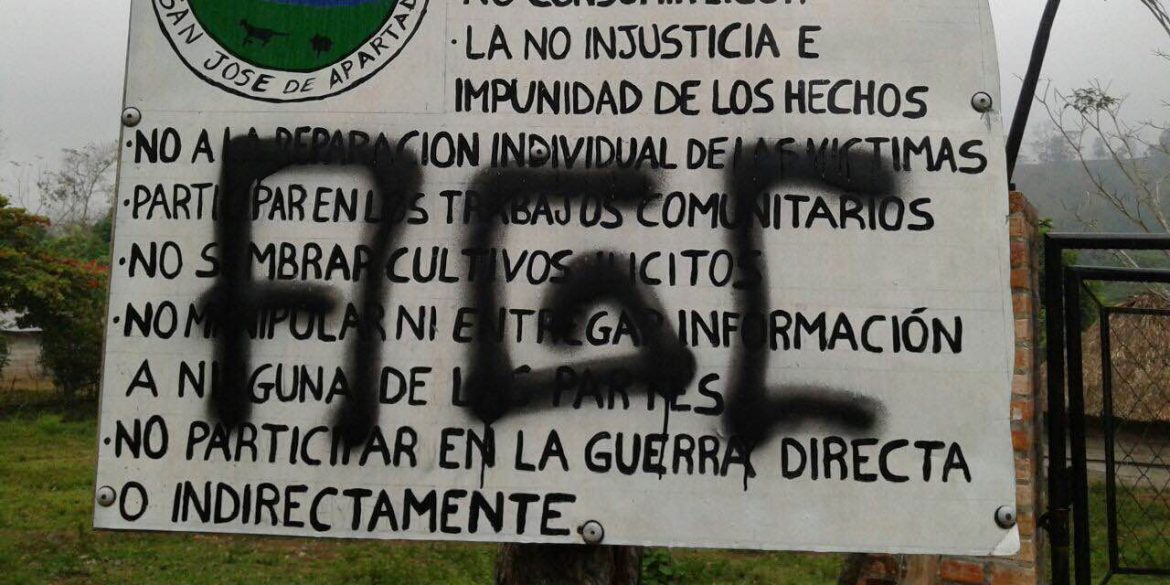 In less than 10 years, Colombia’s largest drug trafficking organization, the AGC, has grown from 80 paramilitary fighters to a criminal powerhouse of more than 7,000 armed fighters who defy state authority.

Officially called the “Clan del Golfo” by the government, the Gaitanista Self-Defense Forces of Colombia (AGC), or “Los Urabeños” as they also go by, began their operations in 2008.

According to conflict analysis group Indepaz, the AGC is active in at least 22 of Colombia’s 32 provinces, with a heavy presence in regions along the Pacific coast.

The self-proclaimed paramilitary outfit has dipped it’s criminal toes in a range of illegal ventures, from illegitimate mining of gold mainly along the nation’s Pacific departments to extorting residents in areas under the group’s control.

However, the magnum opus of the organization remains in its heavy involvement in narcotics. According to Colombian think tank, Fundacion, Paz y Reconciliacion, the group controls nearly half of all cocaine that leaves the nation’s borders.

Put simply, the AGC has soared to criminal stardom. But how exactly did a small-time self-defense group just a decade ago become Colombia’s biggest criminal syndicate?

After the AUC’s 2006 peace deal with the government of former President Alvaro Uribe went bad, then-AUC leader Vicente Castaño ordered his former constituents to take up arms once more.

Former AUC mid-level commander Daniel Rendon, a.k.a “Don Mario”, would be one of many to answer his former boss’ call.

In order to do this, Mario assumed control of former AUC criminal rackets in the northwestern Uraba region.

The group’s initial fight came against Los Paisas and the Oficina de Envigado, who were led by jailed crime lord “Don Berna” until his extradition in May 2008.

Mario blamed Berna for assassinating Castaño and was eager to secure the finances to establish his group.

The AGC’s founder was arrested in 2009, leaving the command to Juan de Dios and Dario Antonio Usuga. The two brothers had been second-in-command and took the reigns of the still youthful organization.

Neither of the brothers were strangers to combat or drug trafficking, fighting in the EPL as left-winged guerrillas and then in the AUC as right-winged soldiers.

In 2012, Juan de Dios Usuga, a.k.a “Giovanni”, was killed by state forces, leaving brother Dario Antonio, a.k.a “Otoniel,” to lead the organization by himself.

The AGC has always kept a strict military hierarchy at its core, but has made alliances with smaller groups and gangs throughout Colombia.

According to Gustavo Duncan, political science professor at the EAFIT university in Medellin, “the billion-dollar cocaine trade has been shared out among many smaller players” in spite of AGC efforts to unify them.

Over time, the AGC’s piece of the criminal pie has gotten bigger and bigger, largely thanks to its AUC-like structure that allowed both paramilitary groups and drug traffickers to join.

“The AGC is a criminal network that integrates different organizations — regional criminal structures, drug traffickers, collection offices, gangs, combos — that work under the same name, but that have autonomy in their actions”, according to independent analysis group, Fundacion Ideas Para La Paz (FIP).

Colombia’s criminals of old had highly-centralized structures that worked in a top-to-bottom fashion. The AGC is more of a loosely-organized network that outsources, or “franchises,” divisions of its operations.

“The AGC has become a ‘franchise’ that has affiliated nodes throughout the country and also abroad, dedicated to the different tasks necessary for drug trafficking,” according to FIP.

By franchising sectors of the organization, the operations web becomes increasingly difficult for the state to untangle.

If one sector of the network fails, or cedes to authority, it can quickly be replaced. It is through this organizational structure that has allowed the group to rapidly grow.

According to organized crime website Insight Crime, two-thirds of the group is made up of these outsourced workers.

The AGC told Colombia Reports last year that it had grown to become 8,000 members, “including informants.” The prosecution said later in 2017 it believed the group had 7,000 members.

The group and the government disagree on the nature of the AGC.

Otoniel has called his group a “transitional armed group” that will surrender to justice once there is a guarantee the state will assume control over long-neglected areas like Uraba.

In a recently published “coexistence manual,” the group banned its members to get involved directly in drug trafficking. Instead, they should maintain order in areas under paramilitary control.

The group has supported a peace process with the FARC and has clashed with ELN rebels in the north of Antioquia and in the western Choco province for years.

The AGC also carried out more than two dozen cop killings in Antioquia, Choco and Cordoba.

It is unclear whether this violence serves ideological purposes or is over control of the criminal rackets in those strategic areas.

The FARC’s peace agreement with the government in 2016 left a huge power vacuum in Colombia’s lawless countryside. Coca fields, drug corridors and distribution routes were all opened up.

Unlike the ELN, the AGC did not use the demobilization of the 14,000 FARC members to expand its territory. Instead, it consolidated control over areas where they had already entered.

In September last year, the group offered to surrender to justice on the condition the government would provide basic services and exercise state control in AGC territory.

Congress, however, failed to agree on the necessary legislation that would allow the collective demobilization of the group, leaving many parts of Colombia under paramilitary rule rather than the rule of law.