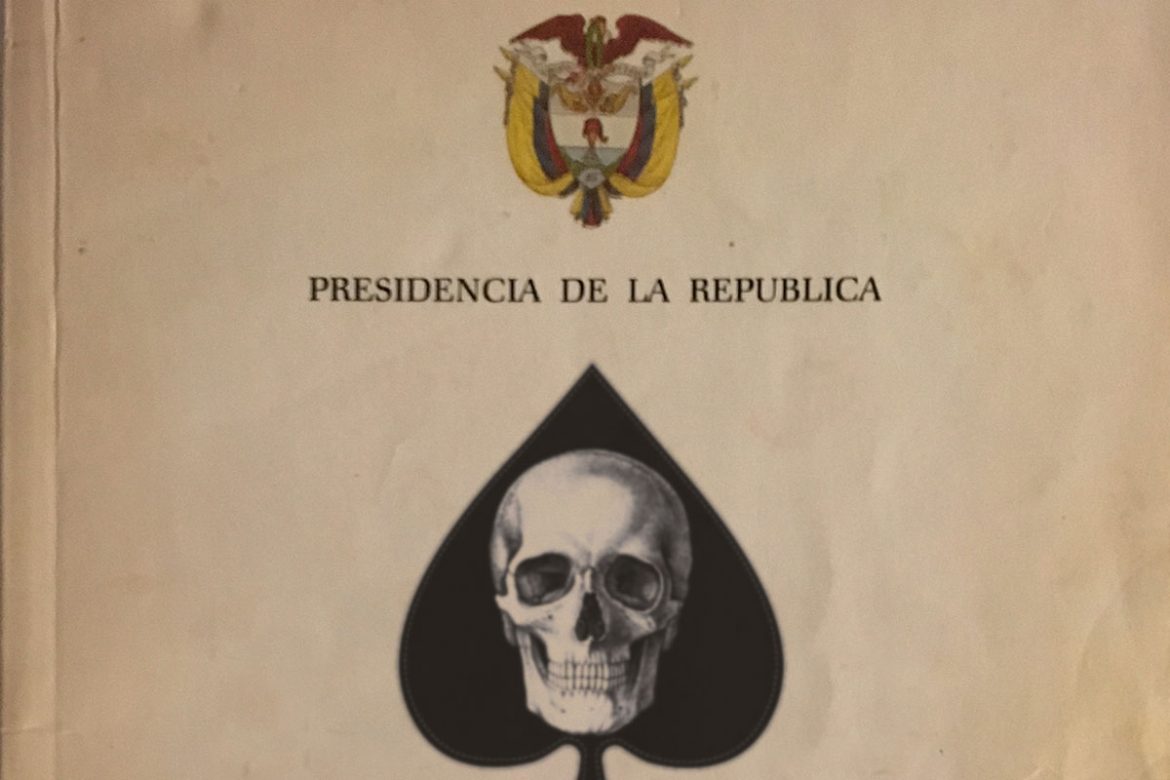 Colombia’s drug traffickers have claimed buying political support for decades, a practice that now threatens to turn the country into a mafia state.

The ties between President Ivan Duque and his country’s drug traffickers may be among the most evident, but they are not unique.

Narcos and their money laundering associates have allegedly been financing presidential campaigns since 1978 in an attempt to obtain the political power of the country’s private sector.

The first president accused of receiving drug money to finance his campaign was late President Julio Cesar Turbay, who reportedly received financial support from the father of President Alvaro Uribe, a Medellin Cartel associate, in 1978.

The cartel decided to really step its political influence in 1982 when late drug lord Pablo Escobar was elected to Congress.

Late Medellin Cartel founder Carlos Lehder testified before a US court in 1991 that the presidential candidate who ran against late President Belisario Betancur (Conservative Party) in 1982, late President Alfonso Michelsen, did so with financial support of the cartel.

According to the son of Pablo Escobar, Juan Pablo, the Medellin Cartel financed the campaigns of both candidates.

Since these elections, only former President Cesar Gaviria (1990 – 1994) has not been accused of receiving mafia support.

The Ochoa crime family already had political clout before joining the Medellin Cartel, but the other founding members were born poor and enjoyed no support in politics.

The cartel quickly learned what corporations and business associated knew for decades, which is that political influence can be bought.

Escobar successfully got himself elected to Congress on a Liberal Party ticket in 1982 and Lehder sought to legitimize his activities by founding a far-right political movement.

Jose Gonzalo Rodriguez and the Ochoa crime family increased their political clout by aligning themselves with influential landowners in the Antioquia province.

The Cali Cartel arguably had the most sophisticated money laundering network in Colombian drug trafficking history as their investments in corporations allowed them to launder money and inflate their political clout.

The cartel’s financing of the 1994 campaign of former President Ernesto Samper was revealed by the US Drug Enforcement Agency shortly after the elections, however.

These revelations led to a break-down of relations between Bogota and Washington DC, which had tolerated the corruption until 1989 when former US President George Bush announced to step up the so-called “War on Drugs.”

The fall of the Medellin Cartel in 1993 and the Cali Cartel in 1996 allowed the rise of the Norte del Valle Cartel, which teamed up with paramilitary organization AUC in 1997.

The cooperation between the Norte del Valle Cartel and the AUC allowed the paramilitaries to pose as a political and military organization despite their active involvement in drug trafficking and ties to the cartel.

Both the 2002 election and the 2006 reelection of former President Alvaro Uribe, who started his career as a pawn of the Medellin Cartel, received ample support of the AUC, according to numerous former paramilitary commanders.

Uribe accused his successor, former President Juan Manuel Santos (2010 – 2018) of receiving money from “Los Rastrojos,” a former enforcer army of the Norte del Valle Cartel ahead of the 2014 elections, but failed to provide any evidence.

Former Medellin Cartel associates and the drug trafficking organization of Marquitos Figueroa supported the 2018 election of President Ivan Duque, who has all but turned Colombia into a mafia state.

Instead of prosecuting the alleged mafia associates of Duque, the Prosecutor General’s Office has tried to prosecute those providing evidence of the president’s ties to drug traffickers and money launderers.

At the same time, the prosecution has gone to lengths in what appears to be a concerted effort to guarantee impunity for the presidential allies who have found themselves in trouble because of their alleged criminal activity.

Prosecutor Gabriel Jaimes has been trying to obstruct his investigation into the alleged fraud and bribery practices of Uribe, the president’s political patron.

Chief prosecutor Francisco Barbosa, a long-time friend of Duque, put another controversial prosecutor, Daniel Hernandez, on the case of former Ambassador Fernando Sanclemente whose estate was used to produce cocaine.

The same prosecutor jailed the policemen who discovered evidence Marquitos’ late money launderer was conspiring with the ruling party to rig the 2018 elections, but failed after a judge ordered their release earlier this month.