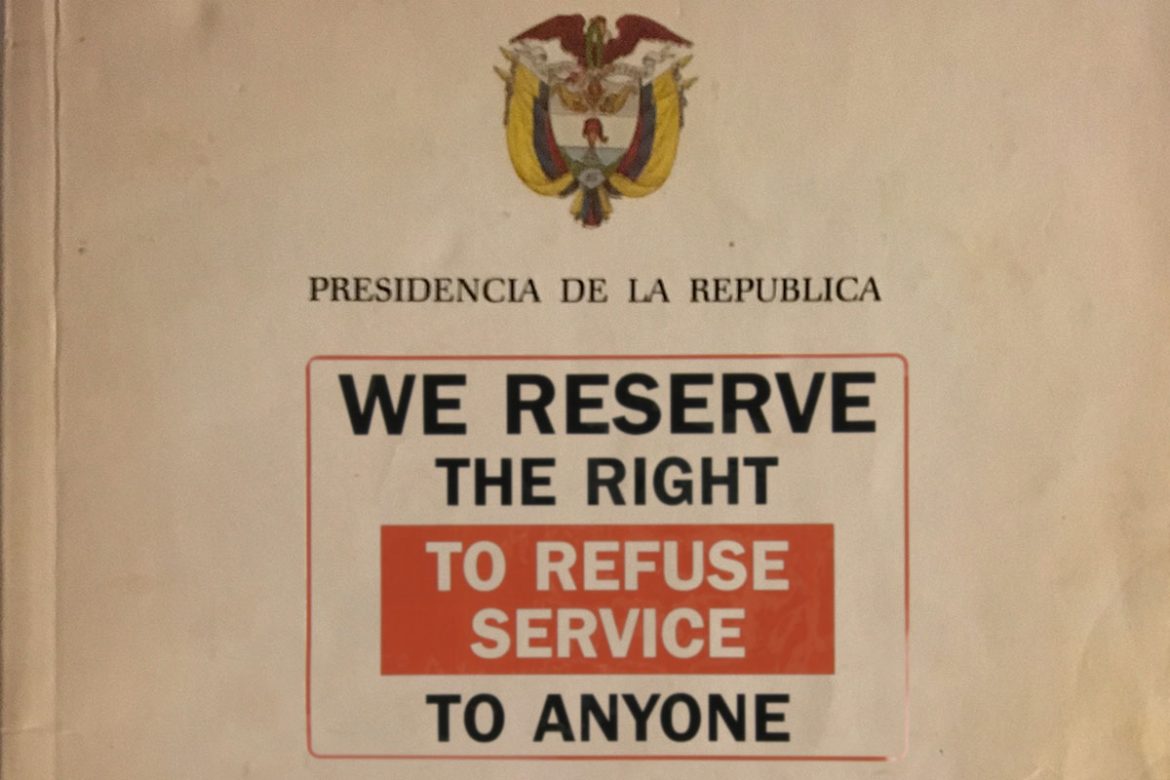 The power of Colombia’s president depends on his ability to manage the sometimes opposing interests of those who really control the country, like business associations.

While formally a democracy, all presidents of the 21st century have had no choice but to balance serving the public interest with private and even criminal interests.

This unstable balance of power is partly due to the country’s political history and culture, and partly a consequence of the country’s armed conflict.

The root of the problem is Colombia’s historically weak state, which has never allowed it to stand alone without support.

This problem is as old as the Republic itself. Almost immediately after Colombia declared itself independent from Spain in 1810, the country divided between centralists and federalists.

It wasn’t until 1819 that the different regions agreed to becoming one Republic, but led to multiple secessions and rebellions throughout Colombia’s history.

Until 1902, eight more wars broke out, often in resistance to Bogota’s intent to impose state authority in strongly anti-centralist regions or secular rule.

This constant violence kept Bogota weak, contrary to rural economic forces and cartels that found inspiration in the economic models proposed by Fascism and National Socialism in the first half of the 20th century.

The predecessor of the Colombian Agriculture Society was founded in 1904 by prominent landowners. Five years later, the government agreed the SAC would become the government’s advisory board on agriculture issues “without detriment to its autonomy as a private trade association.” The government ordered that every provincial capital was required to have an office of the SAC, which continues to be one of the most important lobby groups for large landowners.

The National Coffee Federation was founded in 1920 as a price-fixing cartel, which it in essence has remained.

The National Banking Association was founded in 1936 in order to optimize cooperation between the government and banks, both public and private. The association was mainly self-regulatory without their conduct being defined by the law with the purpose of protecting the banks’ interests, which it still does in collusion with the government despite increasingly strict international banking regulations.

The National Association of Industrialists was founded in 1944 inspired by Benito Mussolini’s idea of “corporatism” that sought strong influence of industry leaders in the formulation of economic policy. The ANDI has historically promoted protectionism, has been tied to paramilitary violence and continues to be one of the most powerful lobby groups when it comes to the definition of economic policy.

Fenalco, which was formed in 1945, wanted to promote an oligopoly in which a small group of business leaders effectively controlled the economy, similar to Mussolini’s idea of “corporatism.” The organization continues to be one of the most extremist business associations that fiercely resists any state regulation they believe would hinder their idea of free enterprise. The organization has long been associated with paramilitary violence and opposes any form of social protest.

The Colombian Ranchers federation was founded in 1963 in response to government attempt to push through a rural reform. The group has been one of the most militant business organizations and one of the main sponsors of the foundation of paramilitary group AUC. Despite indications of corruption, the interest group is managing the government’s “National Cattle Ranchers’ Fund” virtually without oversight.

Most of the business associations that were founded in the first half of the century continue to dominate the government’s economic policy in a way that is either alien or illegal in other countries.

Global economic changes have particularly strengthened and enriched the members of the banking association, which is almost entirely controlled by three corporations, Grupo Aval, Bancolombia and GNB Sudameris, who have dissuaded the entrance of foreign banks in Colombia.

Grupo Aval of business mogul Luis Carlos Sarmiento has bankrolled presidential campaigns perhaps since the 1980’s, which has given the corporation almost limitless access to the government of President Ivan Duque.

Some of the associations’ involvement in crimes against humanity that were committed during the armed conflict makes them formidable opponents of the peace process as prominent businessmen would end up in prison.

This is particularly the case with Fedegan, whose boss Jose Felix Lafaurie has used his ties to Duque’s political patron, former President Alvaro Uribe, for legal protection.

Business associations ANDI and Fenalco have most influence over the president’s economic policy.