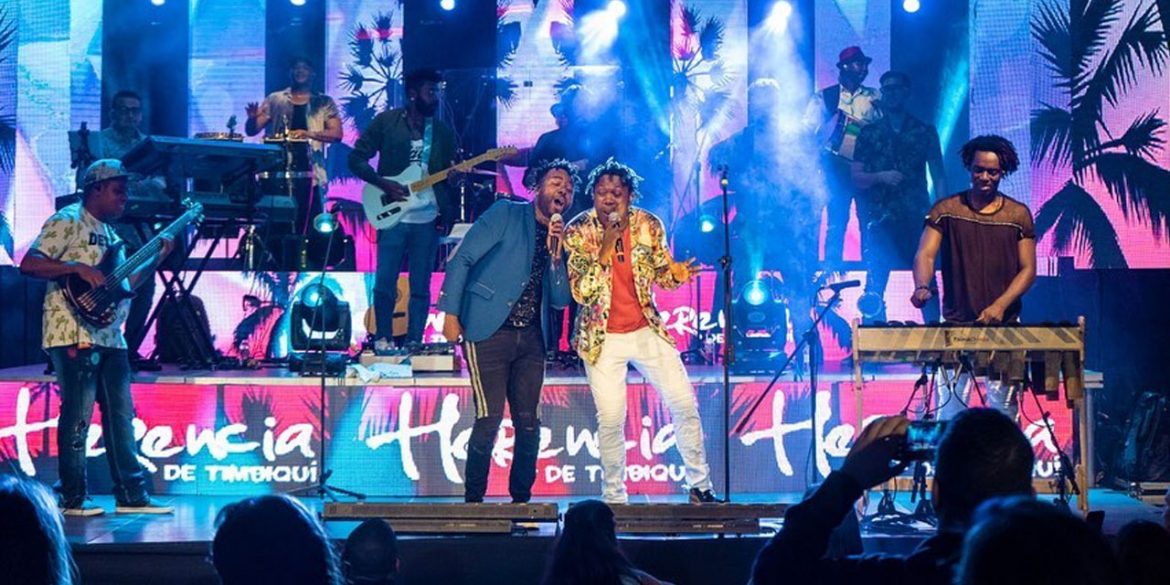 The origins of Herencia de Timbiqui

Herencia de Timbiqui is among Colombia´s most popular contemporary bands, however, the origins of the group, its name and marimba-filled rhythms remain largely unexplored.

The group’s name refers to Timbiqui, a remote municipality located in the southwestern Cauca province that consists of thirteen small villages located along the Timbiqui River.

Not only is Timbiqui off the beaten path, there literally is no path. The only form of transportation between the villages is motorboat.

There are only two ways to get to the largest and most accessible of these villages, Santa Barbara. The first requires taking a four-hour motorboat ride through the Pacific Ocean from Buenaventura. The second option is to take one of the very limited 15-person flights from Cali, Popayan, and Buenaventura. 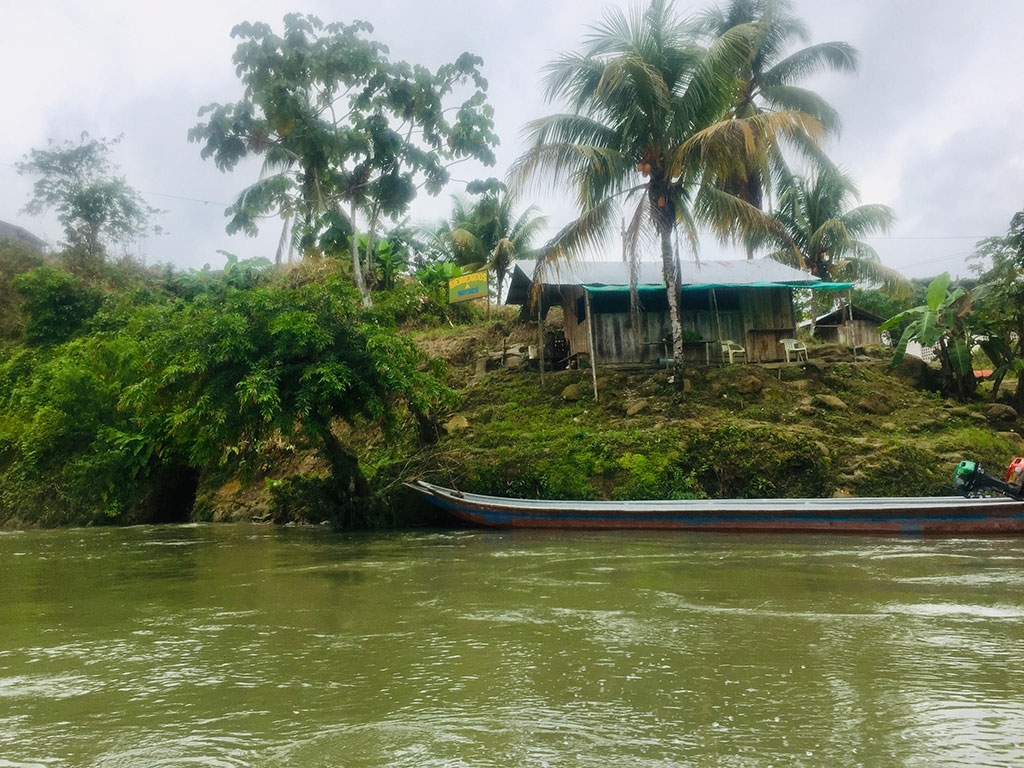 There is no developed tourism industry in Timbiqui. Santa Barbara has one small hotel and a handful of restaurants, but on the other settlements you have to know a local in order to secure lodging and meals.

Largely due to their physical isolation, Timbiqui´s approximately 17,000 inhabitants face various economic challenges, such as a high unemployment rate and an inflated cost of living due to the challenges of bringing goods by motorboat to the dispersed villages.

Inhabitants of Timbiqui’s villages lack access to basic goods and services, such as medical care, running water, and 24-hour access to electricity. For example, if someone is injured or ill on the settlement of Santa Maria, they must take a two hour motorboat ride to Santa Barbara in order to see a doctor.

Santa Maria, the most distant of settlements in Timbiqui. (Image: Gabrielle Gorder)

According to the National Administrative Department of Statistics (Dane), Timbiqui’s rate of Unsatisfied Basic Needs is estimated at 73% and the unemployment rate is estimated at around 24%. Principal economic activities include fishing, agriculture, hunting, and illegal mining.

Historically, another contributing factor to Timbiqui’s isolation was the presence of the rebel group FARC and it’s designation as a conflict zone.

Since the Colombian government’s 2016 peace deal with the group, Timbiqui is no longer considered a conflict zone. Unfortunately, the unintended consequence of this being that a significant amount of the very much needed aid from international development agencies has been directed away from the area.

Despite the peace agreement, village inhabitants say that FARC dissidents remain active in several of Timbiqui’s settlements. Indeed, it is not recommended for visitors to arrive unannounced. 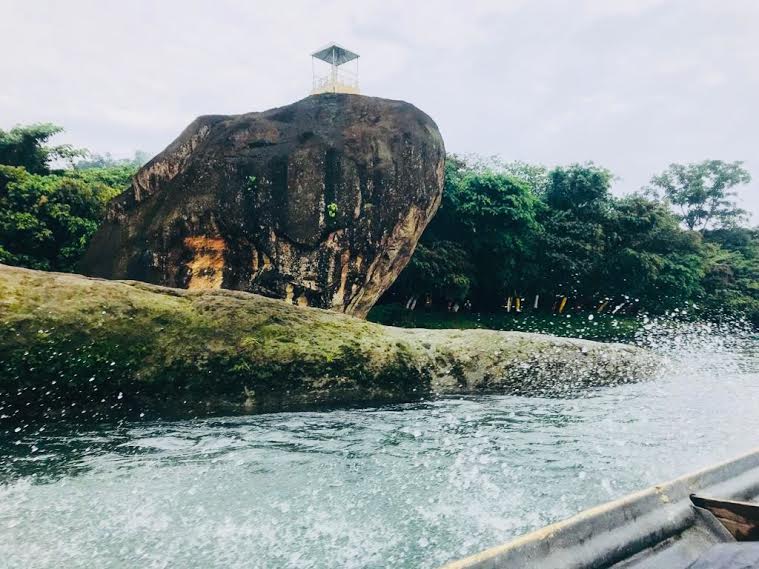 While poor by economic development index standards, Timbiqui’s Afro-Colombian population is rich in cultural heritage. It is impossible to visit Timbiqui without trying the region’s traditional viche-based (sugarcane-based) liquors, like curado and arrechon.

Timbiquireños offer friends and visitors shots of curado as if it were water. Viche is such a big part of the culture that Herencia de Timbiquí mentions it in the first line of their song “Pacifico.”

Curado is made from a mix of herbs, honey, cinnamon, nutmeg, anis and viche. Apart from its reputation as an aphrodisiac, curado is also said to have medicinal benefits and locals believe it can rid the body of the effects of witchery.

Thanks to groups like Herencia de Timbiqui, Pacific music is starting to gain more national and international recognition.

Timbiquireños take pride in their music, such as the marimba, currulao and bunde. Timbiquireños will tell you that they produce the world’s best marimba, whose wood comes from a tree unique to the region.

Folkloric music is such a part of Timbiqui’s identity, that it is guarded as something almost sacred. For example, during the Holy Week leading up to Easter, Timbiquireños can be fined for listening to any music other than live music — although recordings of the marimba are acceptable. 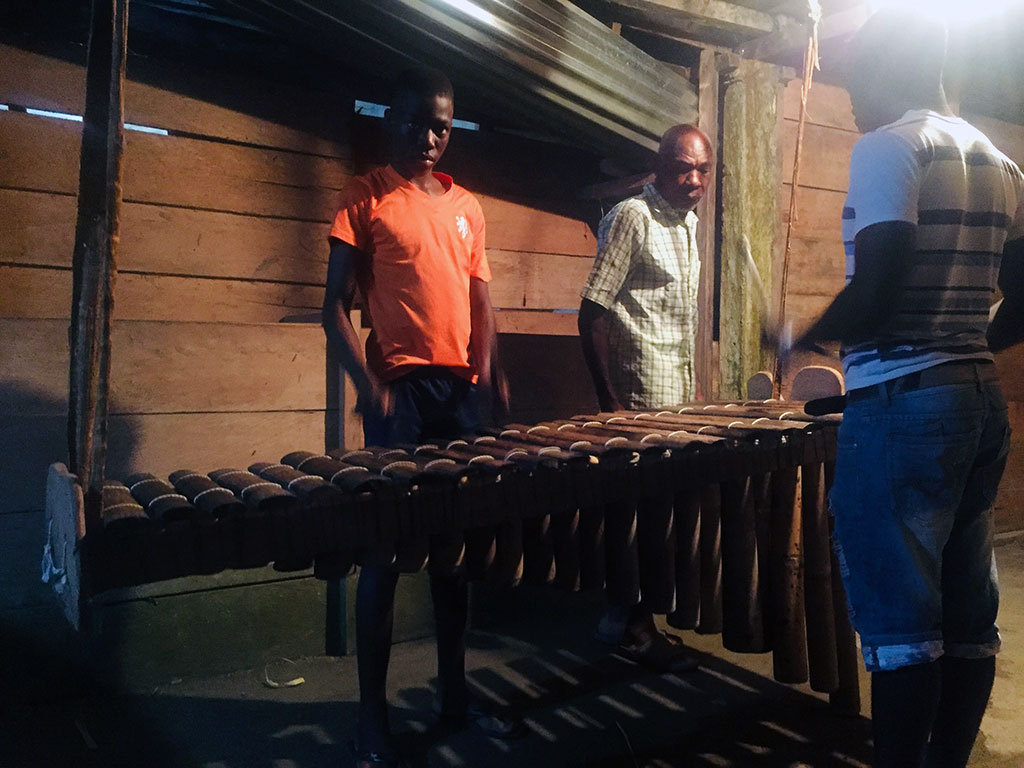 Playing the marimba is taught at a young age.. (Image: Gabrielle Gorder)

From backwaters to band

In regards to Herencia’s sound, group member Begner Vasquez says a song is never complete without the use of the marimba, the cununos, the guasa and a good guitar riff.

After visiting Timbiqui, there’s no question about the inspiration behind Herencia de Timbiqui’s unique rhythms and lyrics.

The founding members of the now eleven-member group, were born and raised in the settlement of San Jose, Timbiqui.

In 2000, Javier Carabali, Julio Manzilla, Manuel Angulo, and Begner Vazquez, decided to form the group with the encouragement of Manuel’s uncle Florentino Angulo.

Singer Berner Vazquez first proposed the name Herencia de Timbiquí. The Herencia part of the name comes from the fact that all of the group’s founders were the children of musicians, which is not surprising since music is such a large part of the Timbiquireña culture.

The young musicians initially set out to become one of the most recognized musical groups on Colombia’s pacific coast, which was no small task. For these Afrotimbiquireños to record an album and go on their first tour, they had to overcome a lot of challenges.

Creating an album presents difficulties for any new artist; composing the lyrics and music, knowing how to choose the right songs for the album, filing legal paperwork such as copyright licenses, creating album release strategies, etc.

However, perhaps the most imperative challenge Herencia’s founders had to overcome, was securing the sizable financial resources necessary to produce an album and coordinate their first tour.

Fast forward to 2019 and Herencia’s music has extended its reach to more than 60 countries. Additionally, audiences of the Netflix series “La Niña,” will recognize Herencia’s song “Te Invito” as the series´ theme song.

For inspiration, Vasquez, who composes most of Herencia’s lyrics, says he looks to folklore and the everyday context and idiosyncrasies of life in the Pacific. He then expands upon the ideas to make the messages more universal; always balancing the use of local slang with phrases that are more universally understood.

The inspiration for one of Herencia’s most famous songs, ‘Sabras,’ comes from a true love story Vasquez’s mother tells about her life and relationship with a man suffering from a terminal illness. Vasquez complemented the story with comments the man used to say about his mother.

Other songs like, “Coca por Coco,” reflect the societal challenges facing Timbiqui, the Pacific region, and the nation as a whole. The songs starts off talking about environmental damage and goes on to talk about the increase in drug trafficking and consumption.

Instead of clams they consume bazuco and instead of sugarcane juice they give out marijuana.

And as a consequence of these bad changes peace ended in our paradise.

Community leaders now walk the delicate balance of improving the economy and quality of life of its inhabitants, while preserving the small-town intimacy, tranquility, and local Afrotimbiquireña culture unique to the region.

If you do ever get to visit Timbiquí, the Timbiquireños will welcome you with open arms, a shot of curado, and the sounds of marimba.