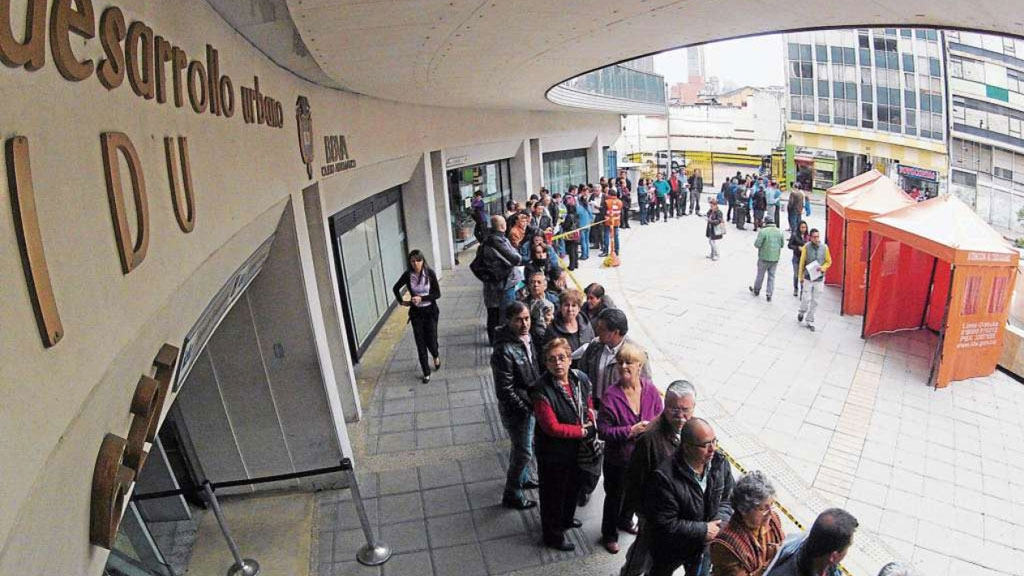 Colombians waiting to be attended at a bank (Image credit: ADN)
Guests

The hidden war against ordinary Colombians

Colombia is a land of opportunity, but not if you’re lower or middle class. In order to combat this economic inequality the country’s government would have to take up one of the most powerful players in the markets, the banks.

As a foreigner who has lived in Colombia for more than four years, I am jealous of Colombians. They are blessed with a beautiful country rich in natural resources with beaches, mountains, deserts, rivers and rain forests. The country is rich in petroleum, precious metals, wildlife and ecologic diversity.

It’s a welcoming, warm, diverse culture; it rich in tradition, with a strong belief system, work ethic and the fortitude to confront and overcome economic hardship and a decades-long civil war.

Colombia is where I succeeded as an investor, and where I have lived as a resident. I wouldn’t choose to live anywhere else.

But there is a dark side, too. While overt civil war all but ended years ago, a system rooted in inequality persists and class warfare still rages. It’s a system that treats ordinary, working class Colombians with suspicion, an apartheid of two classes that stifles the ability of the working class entrepreneurs to advance.

One class lives in the towers of Poblado, Medellin and Rosales, Bogota with better education, access to loans, jobs, more police presence and modern amenities, while another’s neighborhoods are ignored and face higher crime, higher unemployment and less opportunity.

To an outsider, the absurdity of how working-class Colombians are treated is offensive.

Being Colombian means always being treated with suspicion. It means having to show your receipt to security when leaving a Home Center, while other countries mount self-checkout systems. It means not being able to use your cell phone in banks. It means being accustomed to the ubiquitous process of providing fingerprints for legal documents and frequent trips to notaries. Outside of wealthy neighborhoods, it means being stopped randomly by police at checkpoints throughout the country without just cause.

But, more than anything else, the war against the working class is monetary. For those Colombians who battle each day to improve their situation and escape from poverty, the government provides near insurmountable barriers.

Colombia’s official rate of inflation in February 2015 was 4.4% with a GDP of about 4.8%. Yet Colombian banks continue to deny loans to ordinary citizens, and when they do loan, they do so at interest rates that exceed 20%, an extraordinary margin for banks.

Middle and lower class Colombians pay the burden of taxes in the country, starting with a 16% IVA (national sales) tax that is added to every product, including essentials such as clothing, transportation and telephone service. They’re also taxed 0.4% on every bank transaction, including transfers, withdrawals and deposits.

These taxes disproportionately affect the lower class and exacerbate the wealth gap, having little impact on the rich while laying a difficult burden on Colombians who struggle daily to make ends meet.

While many foreign countries allow online applications to incorporate, starting a company in Colombia is an arduous process. It requires three visits, one to the Chamber of Commerce and two trips in person to the DIAN, the national tax authority.

DIAN offices are only located in major cities, meaning a costly and time-consuming trip for working class entrepreneurs in Colombia’s countryside. But the hardship does not end there, as three or four hour waits at the DIAN are the norm and lines routinely stretch well outside the building.

After starting companies, laws designed to protect workers backfire against small business. Most companies are obligated to file taxes monthly and overhead costs for employees average more than 50%.

Much attention is given to crime and “delinquency” in Colombia, but little attention has been given by the Santos administration to the root cause – inequality. The system desperately needs reform – banking reform, tax reform and empowerment of the middle class.

The solution, unfortunately, is not easy as it will require the Colombian government to take on one of Colombia’s most influential and powerful industries – the banking industry. The solution starts with legislation that couple interest rates on loans with the rate of inflation, and government-backed loans to small business and individuals.

When the underprivileged can secure loans, they use that money to start businesses, hire employees, pay more taxes, buy more goods, take vacations, and otherwise do things that improve the economy and eliminate barriers between classes.

Painful tax reform will also be necessary, shifting the tax burden away from the working class and encouraging, rather than discouraging, hiring and innovation.

Finally, and perhaps most importantly, the solution will require Colombia to trust its citizens. We must recognize that delinquency is a disease rooted in inequality and preferential treatment of the wealthy class. As a foreigner living in Colombia, I will be happy with small steps. Being able to send text messages while waiting in line at the bank would be a great start.