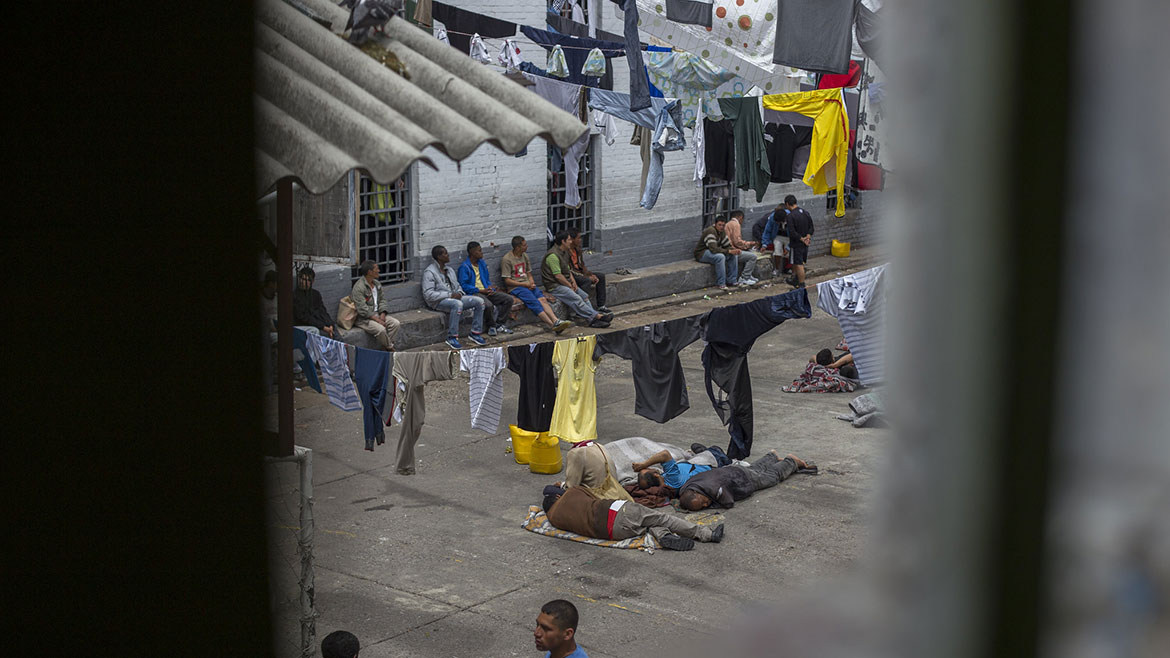 The criminal policy disasters that facilitate crime in Colombia

The recent surge in violent crime in Colombia’s cities was to be expected as authorities have ignored systemic criminal policy flaws for decades.

I don’t believe many would agree that the latest crime wave is most likely a consequence of COVID-19 as the pandemic caused a surge in poverty and youth unemployment.

These possible social causes for crime are not unique though, especially not in South America. What makes Colombia unique are the country’s extraordinary levels of violent crime.

This is not because Colombian citizens are more criminal than other people, but because authorities have consistently ignored systemic policy failures that — even in times of economic prosperity — make a safe society impossible.

Perhaps the most pressing policy failure is the functioning of the role of Defense Minister Diego Molano, who is responsible for the police.

Molano’s glorious ineptitude probably doesn’t help, but what makes him unique in the region is the fact that the defense minister is in charge of both national security and public order.

Only in Colombia, the police falls under the command of the defense minister, who in other countries would only be responsible for national security.

This disastrous idea came from the beret of late dictator General Gustavo Rojas who reformed the National Police in the 1950’s and made the public fall under the responsibility of what then was called the War Ministry.

Every single defense minister since has failed to either safeguard national security or guarantee public order, presumably for trying to do both or confusing the two.

Colombians who are supposed to serve in the army can choose to serve as “auxiliary police” instead for which they receive a minor stipend.

The police remained the responsibility of the defense minister after Colombia got a new constitution in 1991, but gave more authority to mayors and governors whose priority would lean more towards maintaining public order.

Especially because of the so-called “War on Drugs and the “War on Terror,” the national government has always maintained a major influence.

According to the National Police itself, its main purpose isn’t providing public security or maintaining public order, but  “the maintenance of coexistence as a necessary condition for the exercise of public rights and freedoms, and to ensure that the inhabitants of Colombia live together in peace based on the police code of ethics.”

Each government can change the National Police Code, which has caused regular clashes with the constitution and international human rights law, or allowed individual commanders to allow abuses of power.

Corruption has eroded cops’ natural authority as it puts at least part of the force at the service of organized crime at all time.

This vulnerability would partly be due to the fact that a cop’s monthly income is between $280 and $967, depending on their time on the force.

The main bottleneck in law enforcement may be the prosecution, which has historically been unable to effectively prosecute crimes.

The prosecution’s failure to effectively prosecute alleged criminals has led to multiple court orders that effectively banned the imprisonment of suspects in cities where overcrowding had become too much.

According to 2019 statistics, almost one third of Colombia’s more than 122,000 inmates were not convicted of any crime and presumably awaiting trial.

The government’s advisory committee on criminal policy blasted politicians’ “punitive populism” for believing that the deterring effect of higher prison sentences would curb crime, a belief not shared by the committee.

Instead, the committee believed this allegedly false belief effectively made society less safe as it contributed to overcrowding and increased aggression among inmates and former convicts.

In 2019, the committee urged the government not to just focus on punishment, but prioritize crime prevention, alternative punishment and reintegration programs for convicts.