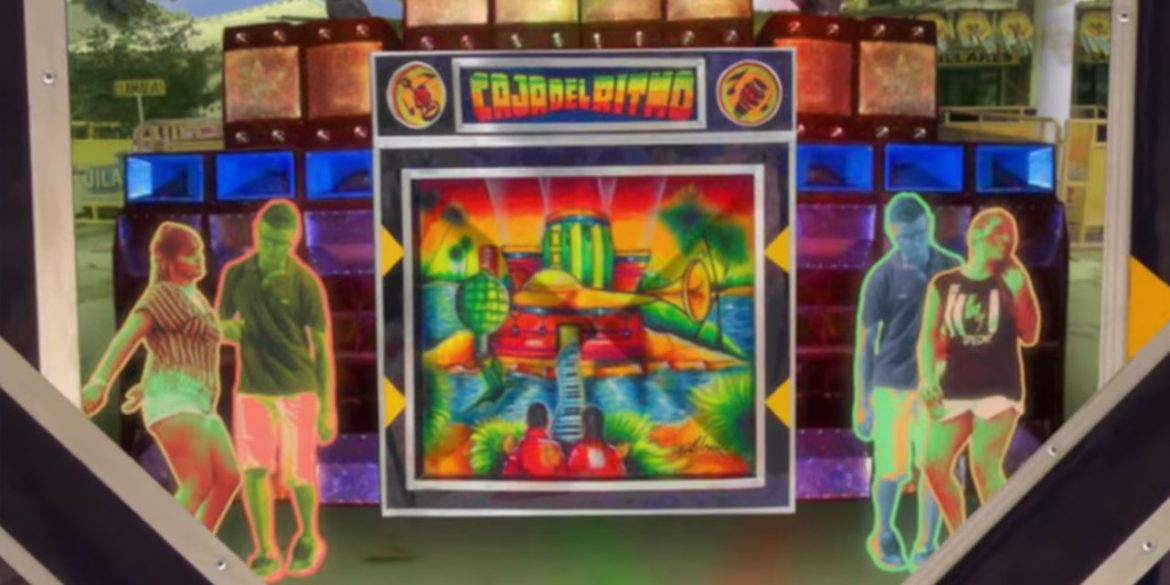 My friends from Barranquilla screamed no fewer than three times over the course of Shakira’s Super Bowl halftime performance, each time louder than the last.

First, when the “Hips Don’t Lie” icon broke out with her bilingual Arabic-Spanish hit “Ojos así,” a second time when she brought in a mapale carnival dance, and a third time when the whole stage was alit with fast-paced champeta dancing, a popular rhythm in Caribbean Colombia as much as in Congo.

In her 8 minutes of stage presence, the Lebanese-Colombian superstar delivered a remarkably versatile performance of rock Latino, pop, Arab belly dance, mapale, salsa and champeta. The performance was quintessentially “Barranquillero.” Yet it was also Arab and Congolese—which in itself is part of the social fabric of Caribbean Colombia.

And that is precisely what many non-“costeño” (Caribbean Colombian) viewers missed.

In a region built on the backs of African slaves and home to several thousand Arab immigrants and their descendants, the syncretic nature of Barranquilla’s culture is not at all surprising.

To fully appreciate what Shakira’s packed few minutes of a halftime show she shared with pop legend Jennifer Lopez and reggaeton singers J Balvin and Bad Bunny, I talked to some of Barranquilla’s proud residents to better understand the performance through their eyes.

“I cried yesterday,” was the initial reaction from Odette Yidi, founder and director of the Arab Cultural Institute of Colombia based in Barranquilla.

“Watching Shakira on a world stage honoring her dual identity through a common language—dance—was a powerful message of intercultural dialogue,” remarked Yidi.

Barranquilla, a hot and humid industrial city on the Caribbean coast of Colombia where Shakira grew up, was thrice the point of arrival for thousands of Arab immigrants.

First were those who flowed into the ports of the city in the 1900s as the Ottoman Empire collapsed, followed by Palestinians expelled from their homeland by the creation of Israel in 1948. A third and newer wave of Lebanese migrants arrived during the civil war and its aftermath 1975-1990.

Today, more than 30 Arab restaurants are densely packed in the northern neighborhoods, including one with a wall adorned by a photo of a young Shakira dressed for an Arab cultural show. Alejandro Char, who was the mayor until last month, is the grandson of Syrian immigrants. His family also owns the local soccer team and one of the largest grocery store chains in the country, Olimpica.

The Carnival-themed performance—signaled by the iconic zoomorphic masks that appeared as Shakira crowd-surfed and followed by what some described as a “turkey gobble”—left many North American viewers unsure what just happened.

“In Colombia, there’s a tendency sometimes to always look to the outside—music from the outside, movies from the outside—we are no strangers to American culture,” noted Cristian Sandoval, a 22-year-old who works at a call center in Barranquilla.

“To see the script completely flipped is not only exciting, but it makes you think about the place you were born and raised in and how connected you are to Barranquilla.”

Barranquilla is home to the second-largest carnival celebration in the world, attracting thousands from across the world annually and recognized by UNESCO as a Masterpiece of Oral and Intangible Heritage of Humanity. Carnival preparations for 2020 are well underway, with homes decorated in Carnival themes and depictions ahead of the February 22-25 festivities.

Other Arab viewers were quick to claim Shakira’s tongue flaps as a “zaghrouta” or ululation used as an expression of celebration and joy across the Arab world. Yidi agrees since the Son de Negro dance does not include the same high-pitched cry produced during the zaghrouta.

Chiming in because I know everyone will be making jokes about this for days — this is a popular Arab tradition, called zaghrouta, used to express joy at celebrations. In the melting pot that is Miami, you could not have picked a better Super Bowl act and this was a lovely touch. https://t.co/q1H9l8UpQ5

Either way this gesture is interpreted, in embodied the cultural cross-stitch that is the Caribbean region of Colombia.

The cherry on top for many viewers, however, came with Shakira’s final solo piece following Waka Waka: an upbeat tune with a seemingly Caribbean rhythm and fast-paced footwork. This was champeta, and more specifically, African champeta.

Barranquilla is a city often stigmatized within Colombia as grimy and underdeveloped. Its working-class population lives in the massive southern neighborhoods of the city that are subjected to high crime rates, poor services, and power cuts thanks to a beleaguered electrical grid. It is in these neighborhoods where champeta reigns supreme.

Originating in the neighboring touristic city of Cartagena, champeta is a direct descendant of Congolese soukous music that boomed in the mid-20th century. “Picós,” or large painted speakers, disseminated soukous music throughout the 1970s and 1980s at neighborhood parties in working class districts of Cartagena and Barranquilla.

Champeta quickly emerged as a representation of the Afro-Caribbean culture that is prominent on Colombia’s northern coast, spurring locally-produced tracks that continue until today. Early champeta music is an import straight from Kinshasa and is often sung in Lingala, a national language of the Democratic Republic of Congo.

Congolese Twitter users reacted with awe at seeing Shakira keeping up to the beat of rhythms from their country.

I want all of you to know that during Shakira’s performance, when they were dancing to a guitar instrumental after Waka Waka, that was Congolese music! Congolese music is very popular in Colombia.

Despite its popularity, champeta is eschewed by many Colombians even within Barranquilla who consider it music of “la gente vulgar,”—the poorest residents of the city.

For Luis Perez, a 20-year-old student and Champeta follower from Cartagena, seeing champeta performed on such an international level was awe-inspiring.

“The steps she used alluded to the dance of the barrio, of the street, which shows the happiness with which people live their lives in marginalized neighborhoods. As someone who grew up with that music, I felt so proud. This was a reaffirmation of this as a representative element of our culture.”

Shakira’s embodiment of Barranquilla appeared to reverberate strongly with barranquilleros on Sunday night—yet struck a remarkably similar cord with Arab and Congolese communities the world over.

“Barranquilla sometimes feels like our own little world, but on Sunday, we were shown to the world,” Sandoval said.

“For that, I’ll be eternally grateful because this is a place worth showing.”