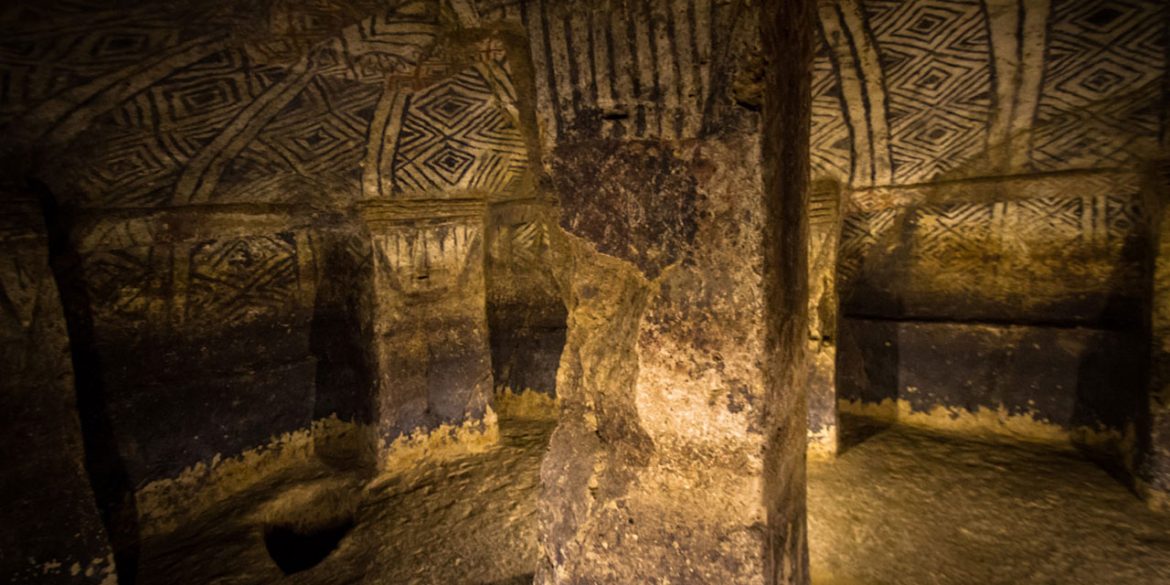 The ancient tombs of Colombia’s Tierradentro

Despite being a world heritage site, the precolumbian tombs of Tierradentro are a relatively unknown tourism gem in southwestern Colombia.

The relative obscurity of this archaeological treasure in the municipality of Inza is because of its location in eastern Cauca, an area that was long territory controlled by the now-demobilized FARC guerrilla group.

Locals and indigenous people in the area have known about the 2,500-year-old burial sites since forever, but the archaeological importance was not recognized until 1936 when archaeologist Georg Burg of the Cauca University began mapping the tombs and stone objects in the area.

The national government decided to protect and further excavate the site two years later, together with what is now known as the San Agustin archaeological park. 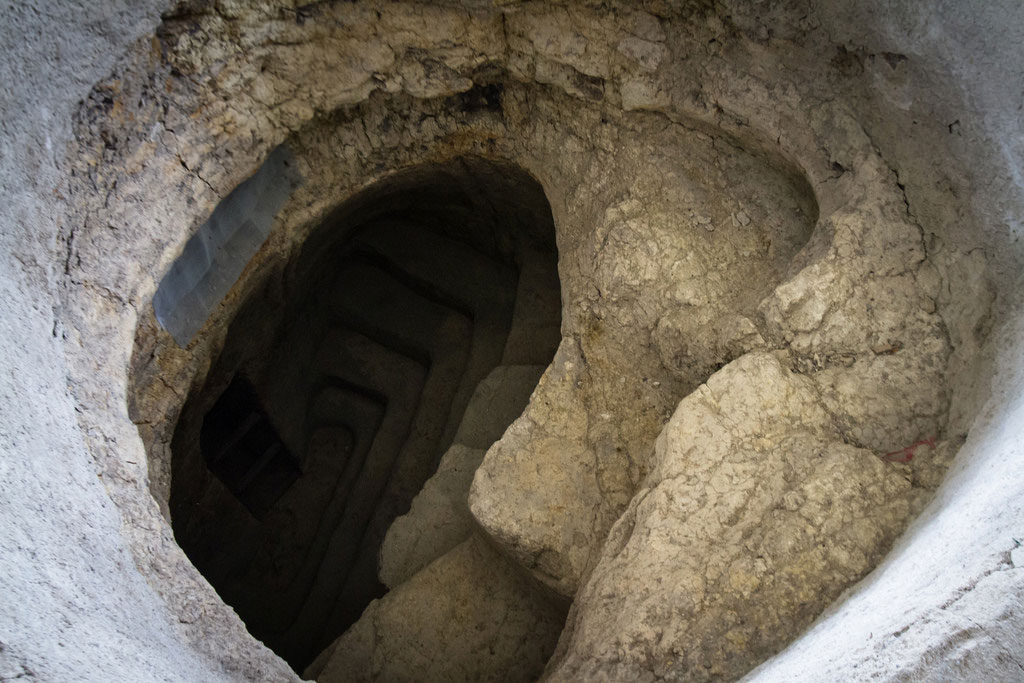 Entry to one of Tierradentro tombs (Image: The Colombian Way)

Since then, archaeologists have found that the site was created by the ancestors of the local Nasa people between the 6th and 9th century BC, mainly as a funeral complex.

The investigators also found similarities between the ancient Nasa culture and the much older San Agustin culture that apparently began flourishing some 80 miles south of Inza before 3,300BC. 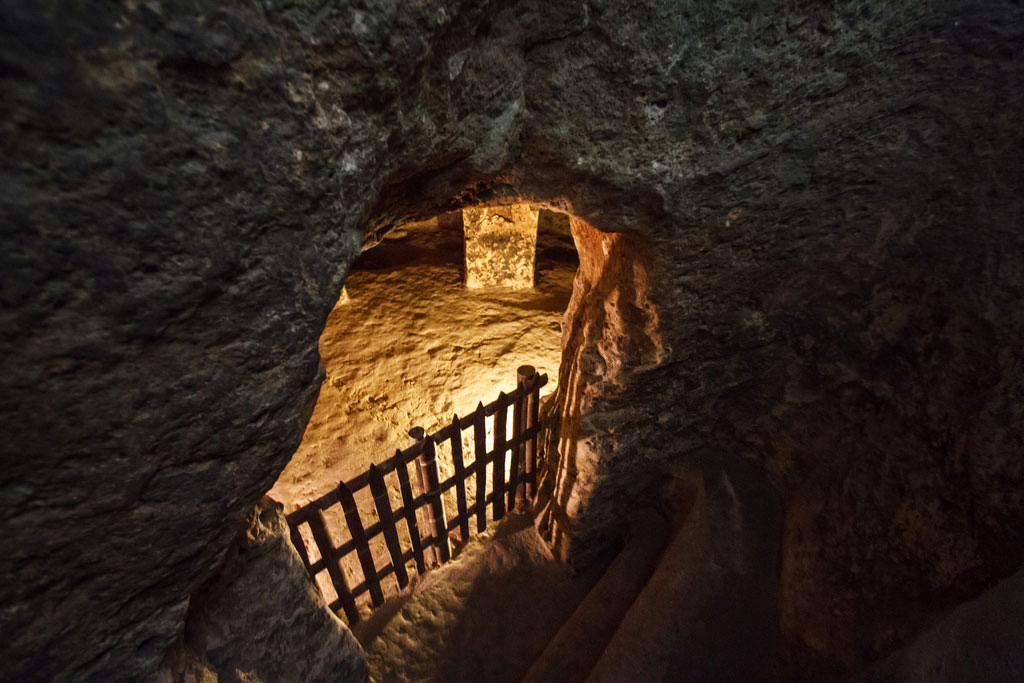 While in San Agustin only stone statues were found, in Tierradentro archaeologists also found underground tombs, or hypogea.

The statues and the decorations inside the tombs indicated that the San Agustin and the Nasa cultures were closely related. 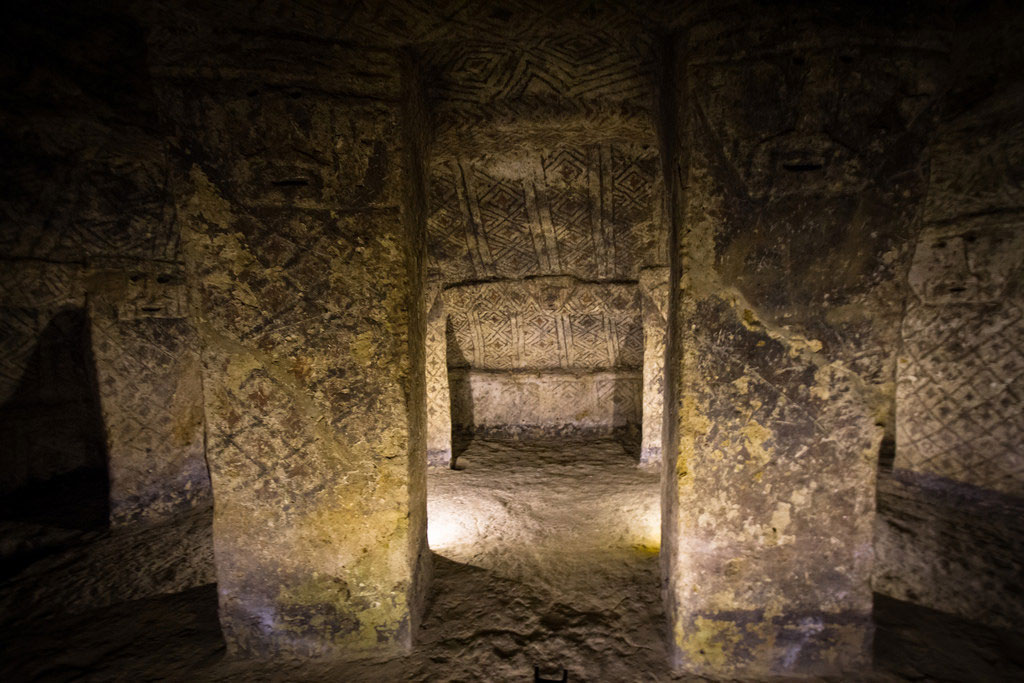 The United Nations declared Tierradentro and San Agustin UNESCO World Heritage Sites in 1995 and put Tierradentro on its list of 100 most endangered sites in 2012.

The demobilization of the FARC in 2017 made the site considerably more accessible for foreigners who generally were advised not to venture out of Cauca’s provincial capital Popayan. 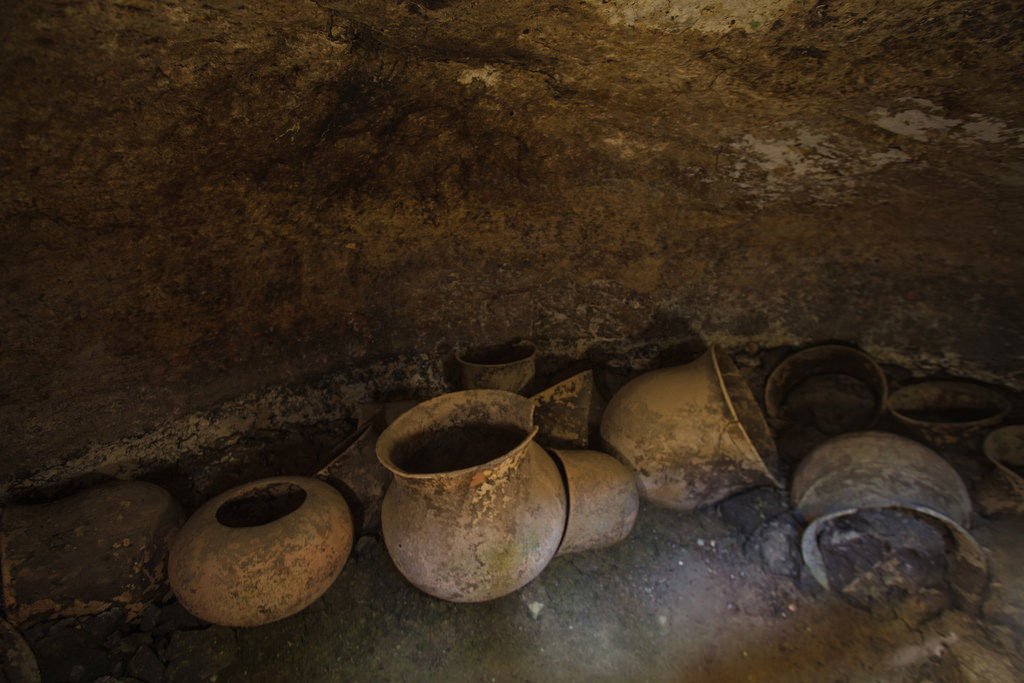 Urns inside one of Tierradentro’s tombs (Image: The Colombian Way)

Colombians had discovered the value of Tierradentro well before that. In 2007, the site was named one of the country’s Seven Wonders together with San Agustin and the Lost City in the north of the country. 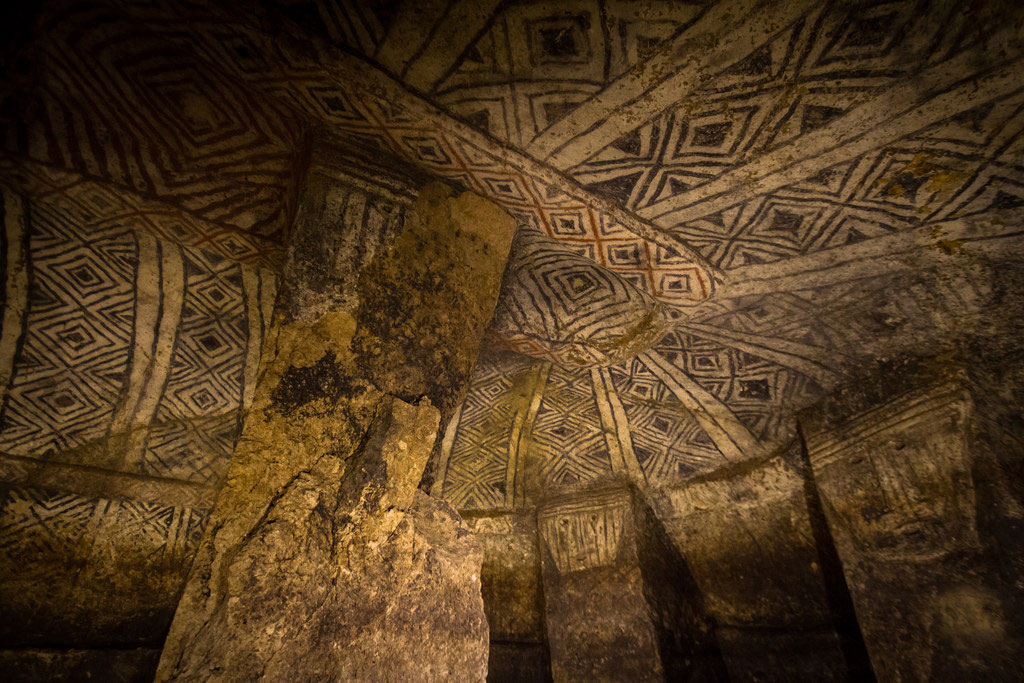 The decorated ceiling of one of Tierradentro’s tombs (Image: The Colombian Way)