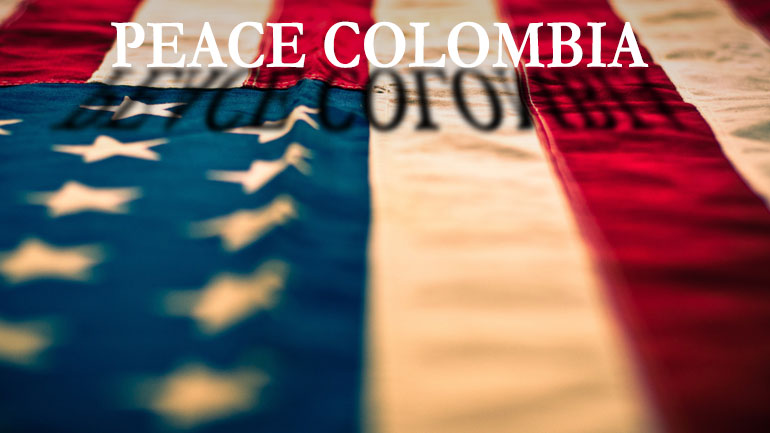 US President Barack Obama announced on Thursday that the 15-year-old “Plan Colombia” will become “Peace Colombia.” According to the White House, the change is not just in the name, but also on what US aid is spent.

When Plan Colombia was agreed in 1999, Colombia was at the brink of collapse due to extreme violence by leftist guerrilla groups like the FARC and ELN, right-wing paramilitary groups of the AUC, and drug cartels.

However, the situation in Colombia has changed drastically since then. Following the US-backed military offensive that was part of Plan Colombia, both guerrilla groups have been weakened and engaged in peace talks with the government.

The AUC had already demobilized between 2003 and 2006, but has since morphed into a myriad of paramilitary successor groups that have maintained drug trafficking operations.

The cultivation of coca, the plant used to make cocaine however, has not seen the anticipated reduction, leaving Colombia the number one cocaine producer in the world. Washington’s favorite extermination method, aerial fumigation, was banned last year after the herbicide used proved to be potentially cancerogenic.

Obama wants to ramp up aid to Colombia from 2105’s $300 million to more than $450 million in order to support peace processes that will take place if the rebel groups and government are able to sign peace.

However, the White House does not want to give up efforts to curb cocaine trafficking.

In order to face the new challenges, Obama will propose US Congress a revamped plan with updated priorities.

1. Consolidating and expanding progress on security and counternarcotics while reintegrating the FARC into society

While having lost a lot of territory since Plan Colombia began, the guerrillas still exercise significant control in Colombia’s jungle areas, the borders and drug corridors in the west.

Their demobilization is likely to involve tens of thousands of people from armed guerrilla fighters and militia members to unarmed supporting forces.

Because the FARC has vowed to abandon drug trafficking, the demobilization and reintegration of FARC members could cause a major power vacuum in the country’s criminal underworld and potentially cause violence if rival drug trafficking organizations clash during attempts to usurp the FARC’s illegal mining, extortion and drug trafficking rackets.

At the same time, FARC members who refuse to demobilize and continue their criminal activity could form new groups as happened after the partial demobilization of the AUC.

2. Expanding state presence and institutions to strengthen the rule of law and rural economies, especially in former conflict areas

To prevent violence, the Colombian state will have to assume control over vast swats of land and establish not just military, but also civilian authority.

This will have to be done in remote areas where other illegal armed groups and local drug traffickers exercise control and could be vying to fill the FARC void.

During Plan Colombia, several pilot priority consolidation areas were designated. While in some areas like Meta, the state was able to assume reasonable control and be able for example provide health care to the civilian population, in Tumaco this has failed.

So, with the good and bad experiences obtained during Plan Colombia, the Colombian state will need an ever biggest capacity to be able to assume control in all of its national territory.

3. Promoting justice and other essential services for conflict victims

If the FARC demobilizes, possibly followed by the ELN, the country’s terminated conflict will have left more than 7.5 million victims.

The government and the FARC have agreed to a transitional justice system.

This temporary justice system will have to process the tens of thousands of FARC members who are expected to demobilize, mainly to filter those who are suspected of war crimes.

While security indicators have improved drastically over the past 15 years, Colombia continues to suffer an absurdly high impunity rate, particularly in conflict-related cases.

If the country wants to provide justice, closure and reparation to the victims, it will literally have to process criminal complaints and compensation requests from millions of victims, most of whom lost their home.

According to US ambassador to Bogota Kevin Whitaker, a number of programs that support the new priorities were already part of Plan Colombia and can be continued in times of peace.

“Our plan is to broaden these activities in the entire post-conflict process,” Withaker told local press.

The US has been closely involved in Colombia, also before Plan Colombia. The bilateral relations have strengthened over 100 years.