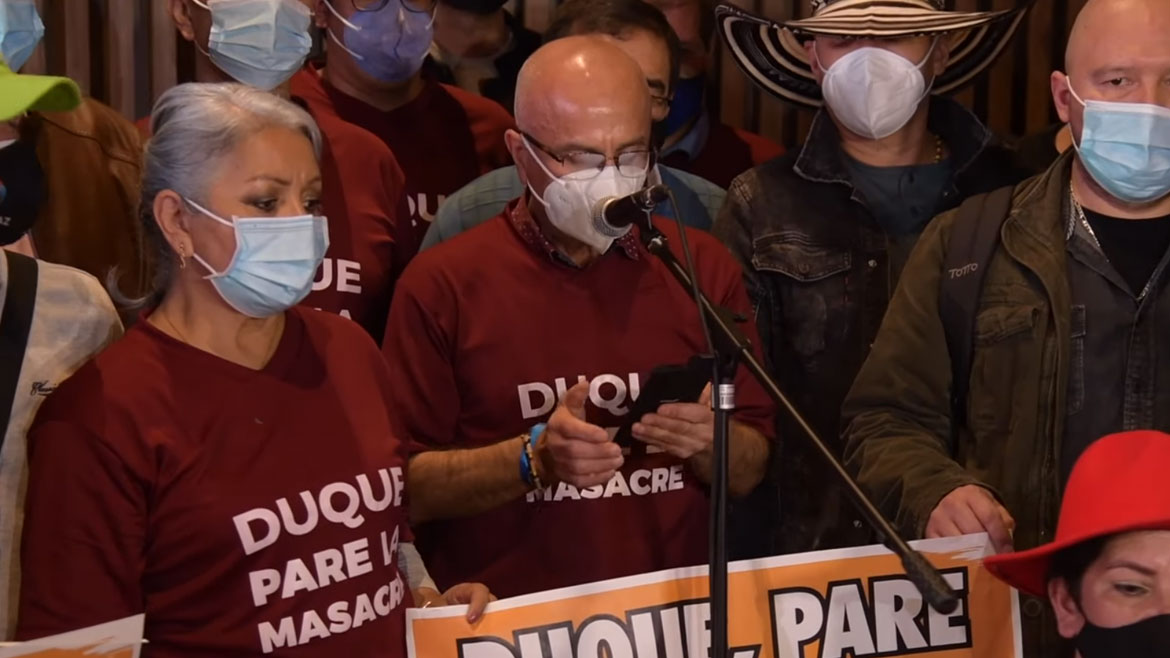 Social leaders who are at the forefront of ongoing anti-government protests on Sunday ended negotiations with Colombia’s far-right government for purposely delaying talks.

After some 40 days of talks, the National Strike Committee suspended negotiations with presidential adviser Emilio Archila.

The labor unions, student leaders and farmers organizations that make up the committee said the increasingly tyrannical President Ivan Duque was responsible for the failing of talks.

The National Strike Committee has insistently stated that the national government is not interested and has purposely delayed the negotiation of the Emergency Plan.

Archila told press that “we, the Government, are ready” after initially backing out a a draft agreement on an “emergency plan” that would guarantee peaceful protests.

Since the brutal repression of the committee’s first day of strikes on April 28, anti-government protests not associated with the strikes have erupted all over Colombia.

The National Police, the National Army and armed government supporters have since consistently used deadly force to crack down on the protests and uprisings.

According to the Ombudsman’s Office, 129 people were disappeared after the Search Unit for Missing Persons said that 379 protesters had gone missing during the protests.

Multiple organizations have accused the police and the prosecution of carrying out mass arbitrary arrests. Judges have released the majority of protesters accused of vandalism and terrorism, according to human rights organization CAJAR.

After failing to reach any kind of agreement with the government, the National Strike Committee will negotiate an end to protests with other authorities and business associations “that do want to negotiate,” labor union leader Diogenes Orjuela told press.

The committee will meet with investigators of the Inter-American Human Rights Commission, which is investigating the mass violation of human rights.

The strike leaders have been seeking negotiations on far-reaching policy reforms since November 2019 when their first national strike triggered the largest anti-government protests in more than four decades.

The government refused any kind of negotiations until early May after the committee demanded an agreement to end police brutality before negotiating on their initial demands.