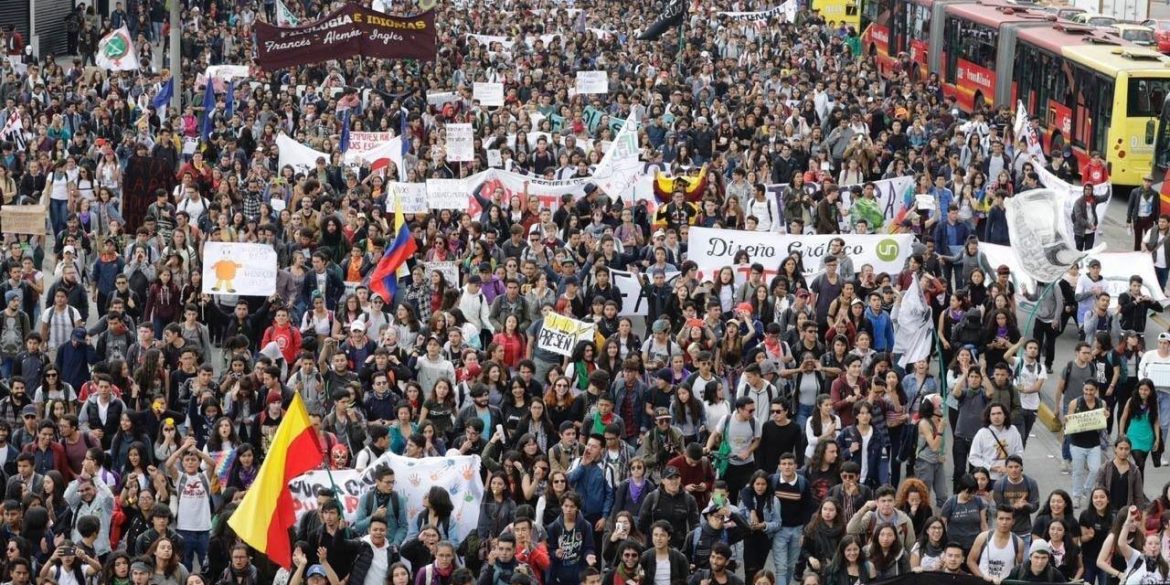 Colombia’s students and teachers virtually paralyzed the capital Bogota on Thursday as part of national protests to demand promised funds for education and less police violence.

The mass mobilization was the latest escalation in a series that began with just one protest at a Bogota university where students protested at the alleged corruption practices of the university’s administration.

The violent police repression of this protest triggered peaceful solidarity protests that also ended violently after  the intervention of hooded men and the controversial ESMAD riot police.

On Tuesday, protest marches to demand investment in education, the dismantling of ESMAD and an end to corruption were held in at least 17 cities.

The march in Bogota, where public and private university students marched together, occurred without major incidents until the end when a small group of rioters attacked police and the protesters were dispersed.

The violence was rejected by the students and teachers who have been adamant in keeping their protests peaceful.

The march in Medellin was entirely without incidents. Clashes between rioters and police did occur near the local University of Antioquia, but hours after the protesters had left.

In Barranquilla, where students demand the removal of a rector accused of sexual harassment, rioters who had infiltrated the march vandalized the campaign office of governor candidate Elsa Noguera.

President Ivan Duque rejected “every expression of violence,” adding that it “again clouds a day of student marches.”

Education Minister Maria Victoria Angulo on Twitter insisted that the government has been complying with promises made to students and teachers to invest in the country’s neglected education system, contrary to the claims of the students.